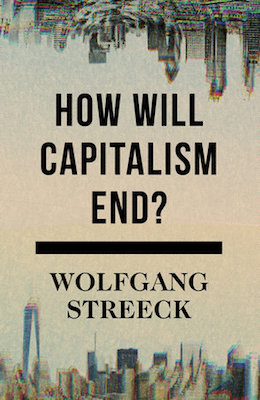 ‘Whatever it takes.’ These words, spoken by the president of the European Central Bank, Mario Draghi, to a crowd of investors in the City of London on 26 July 2012, have come to represent the symbolic end to the acute phase of the global financial crisis. In the political sphere, by contrast, where words are supposed to be everything, we have not yet been able to draw the line. More than four years on, we know that in 2012 the political fallout was only just beginning. It was in December 2011 that David Cameron reopened the European question by opting out of the new ‘fiscal compact’ drawn up by Angela Merkel and Nicolas Sarkozy with the aim of enforcing budget discipline across the EU. In the US in spring 2012, Mitt Romney emerged as the candidate from the Republican primaries, but the freakshow anticipated the Trump campaign to come. In Italy the ousting of Berlusconi in a backroom coup in November 2011 and the installation of the ‘unpolitical’ economist Mario Monti as prime minister set the stage for the emergence of Beppe Grillo and Five Star in the local elections of May 2012. In France as the fiscal compact began to bite, François Hollande’s presidency was dead almost before it had started.

Amid all these events, Germany can easily seem like a bastion of stability, with ‘Merkel über alles’ its anthem. But beneath the smooth surface, Merkel’s grip on the chancellorship has since she took office in 2005 been supported by three successive coalitions. And by early 2013 it was clear that her partners since 2009, the free-market, libertarian, liberal FDP, were in trouble. They were being outflanked on their right-wing by a new formation, the AfD, the Alternative für Deutschland, whose focus in 2013 was not immigration but passionate opposition to the euro. Like much of the German right the AfD was indignant not about austerity, but about the failure of Merkel to back an even harder line. The AfD didn’t break the 5 per cent threshold required to enter parliament at its first try, but it took enough votes from the FDP to drop it out of the Bundestag, leaving Merkel to form a new coalition with the Social Democratic Party (SPD).

The AfD wasn’t the only force in German politics fuelled by the belief that things could not go on as they were. In spring 2013, for the first time in decades, the German left had begun to mount a principled critique of a major element of the European institutional structure – the euro. It was Oskar Lafontaine – ‘Red Oskar’ – who broke the silence. ‘Hopes that the creation of the euro would force rational economic behaviour on all sides were in vain,’ he said, and called for the single currency to be broken up so that southern Europe could recover. Lafontaine is a former SPD finance minister, from the left wing of the party, once described by the Sun as the ‘most dangerous man in Europe’, who in 2005 split from the SPD and took tens of thousands of followers with him to join forces with the ex-East German communists of the PDS. Out of that coalition emerged Die Linke, arguably the real alternative for Germany, which the entire Bundestag has since conspired to keep at arm’s length. Until 2013 Die Linke’s line was that it opposed Euro-austerity not the euro. And at first the impact of Lafontaine’s heretical intervention was contained. He had just resigned from official duties in the party. But Cyprus and the elections to the European Parliament of 2014 kept the topic on the boil, and then came Syriza and the intense crisis of 2015.

In 2015, even before the refugee crisis surged to the top of the agenda, the German right was in uproar at what was seen as Merkel’s surrender over Greece, which should, it believed, have been unceremoniously kicked out of the euro. The ECB, in its adoption of quantitative easing, had revealed itself as an inflationist Trojan horse. Meanwhile, the left was divided over the now unavoidable question of whether the EU was neoliberal to the core, and if so, should be regarded as irredeemable, and rejected. Though the main part of Syriza pulled back from leaving the euro, Lexit – the left-wing case for leaving the union – was born that summer, and not only in Britain. In September 2015 Lafontaine popped up again, this time in Paris on a platform alongside Yanis Varoufakis, calling for a Plan B for Europe, a Europe beyond the euro.