In light of the destructive capabilities of the Armed Forces of Greece and Turkey a  Greek-Turkish military confrontation not only does not serve the two countries interests but will probably have severe internal political, economic and social repercussions as well as serious complications internationally, creating tremendous problems for NATO, the US, the EU, and the Eastern Mediterranean, the Middle East and North Africa and beyond, believes Dr. Aristos Aristotelous of the Cyprus Center for Strategic Studies (CCSS).

In the Centre’s annual report of the military balance of power between Greece and Turkey for 2020,  Aristotelous reiterates the findings of earlier CCSS publications that “Turkey, based on the military data listed below, had and will continue to have numerical superiority over Greece in various areas – in some cases qualitative.”

“Yet, except human resources, Turkey’s advantageous position is neither overwhelming, nor is it a guarantee that the outcome of a possible military confrontation in the Greek-Turkish theatre of operation will be in its favor. On the contrary, the possibility of a crash with serious consequences for itself and its regime is a real possibility,” he adds.

As for the Greek – Turkish force ratios, they are currently reduced to 2.4 Turkish soldiers for each Greek compared to 3.5: 1 in 2014, the report says. It explains that this ratio “has been affected by the reduction of the length of the conscripts’ national service,  but also by the mass purges of alleged dissidents in the Erdogan regime among the ranks of officers and senior officers in the Turkish Armed Forces.”

About the Army’s personnel strength in 2020, the report states that in Greece, this amounts to 93,500, compared to 260,200 in Turkey. “Here there is a slight increase in the forces of the Greek side and a considerable reduction in the Turkish. Therefore the force ratios of 3.5 Turkish soldiers for each Greek in 2014 now stands at 2.5: 1,” he says.

About Armored Personnel Carriers, the report points out to a significant increase of 648 on the Greek side compared to 2014 and none in the Turkish. So the power ratios decreased from 1.9 Turkish  APC for each Greek in 2014 to 1.4: 1 in 2020.

It also reports that Turkish forces are recording a significant increase in wheeled armored vehicles (PPV and AUV Cobra), while for armored combat vehicles, the report notes that the ratio remains at the same figures as in 2014, namely: Greece 398 and Turkey 645.

Read also:
Former Trump advisor Bannon: Erdoğan is the most dangerous guy in the world

For artillery, it states that after a marked decrease in the capacity of the Greek side in this area and a corresponding increase in the Turkish side over the last decade, in 2020, Greece’s position seems to have improved considerably.

About the Navy, the report points out that Greece has 11 submarines and Turkey 12. As far as frigates are concerned, it notes that: After a reduction of one frigate in the respective sides, the comparison in 2020 returned to the same levels. Thus Greece now has 13 frigates and Turkey 19. 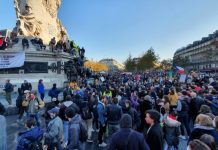 Saudi crown prince was reluctant to back US attack on Iran 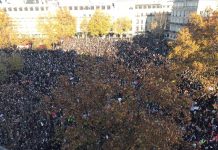