In the first photo, the self-appointed leader of the European Belarus citizen Tikhanovskaya and one Bernard-Henri Lévy. A “philosopher”, a friend of Sarkozy, a homosexual, an arms dealer, a charlatan, and an adventurist who is disdained even at home, in France. His appearance alongside Tikhanovskaya is a landmark event. 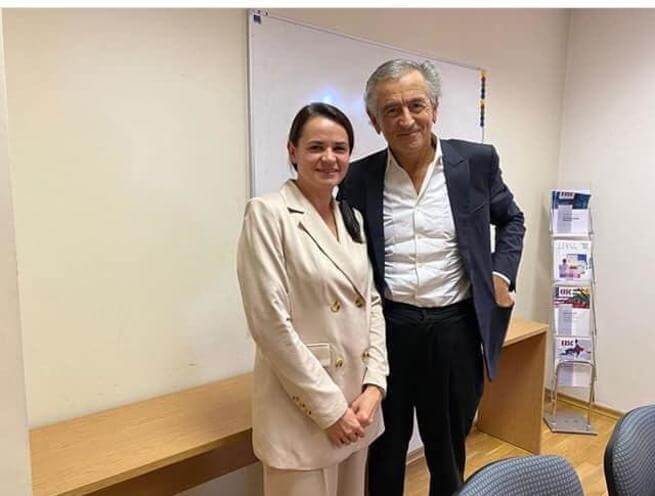 And now he has appeared in Belarus. Near Tikhanovskaya and the “Coordinating Council” (in Libya it was “transition”). Is it necessary to explain something else about the Belarusian “opposition”?