On August 22nd, 2019, US presidential candidate Bernie Sanders unveiled his proposal for a “Green New Deal” for the United States. What makes Sanders’ proposal distinct—and especially noteworthy—is its bold and explicit commitment that “renewable energy generated by the Green New Deal will be publicly owned.”

Sanders’ commitment marks a clear break with more than two decades of climate policy that has taken private ownership of renewable energy as given. That approach has relied on government subsidies and incentives to entice private investors by “removing risk” (in other words, guaranteeing profits), with the aim of shepherding young renewable industries to “market competitiveness.”

As TUED has pointed out, that approach has failed on all levels: Deployment is far below what is required to meet the Paris Agreement’s science-based targets. The benefits of the renewable energy installed to date has often landed in the pockets of big companies and rich investors, not communities. Installation of new generation capacity is often done non-union. For more detail, please see TUED’s Working Paper 10, Preparing a Public Pathway: Confronting the Investment Crisis in Renewable Energy, or this more recent (and shorter) update, “Growth in Renewables has Stalled. Investment is Falling. But Why?”

While there are inevitably many questions that remain to be answered and details that remain to be filled in, Sanders’ proposal charts critically important new territory in global climate policy debates. Its headline commitments include:

Read also:
The organic unity of the imperial ("globalization") project: Middle Eastεrn wars, financial war against Greece, the new Cold War and the struggle for an independent Europe

Of special interest to TUED unions and allies, the plan would see that new renewable energy is publicly owned, and would be “managed by the Federal Power Marketing Administrations, the Bureau of Reclamation and the Tennessee Valley Authority and sold to distribution utilities with a preference for public power districts, municipally- and cooperatively-owned utilities with democratic, public ownership, and other existing utilities that demonstrate a commitment to the public interest.” This commitment not only ensures an important role for utilities, it effectively puts privatized and deregulated “investor-owned utilities” on notice.

Among its many other provisions, the plan also commits to “fully electrify and decarbonize” the US’ transportation sector, which will include expansion of public transit that is “affordable, accessible, fast, and resilient,” replacement of school and transit buses and all shipping trucks with electrified versions, the development of regional high-speed rail, and more. For TUED’s analysis of what is needed to fully meet the challenge of providing “sustainability mobility for all,” please see Working Paper 12: The Road Less Travelled: Reclaiming Public Transport for Climate-Ready Mobility.

TUED and the Democracy Collaborative, both of which have been advocating for public ownership and democratization of energy resources, are pleased to co-convene a one-hour call to discuss the Sanders plan and related developments. The call will take place August 28, 2019, 11:30am-12:30pm, immediately following TUED’s Global Web Forum on union responses to the youth-led calls for Global Climate Strike actions in September. Please RSVP for the call by email to irenetued@gmail.com.

Bernie Sanders Calls To Seize the Means of Electricity Production

New attacks by Pompeo on Germany

The Building Blocks of a Restraint Coalition 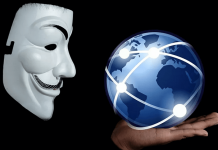