However nothing has been resolved. The dangers of a Greek-Turkish war, with huge international consequences, or, alternatively, of a long and dangerous crisis, are always present, especially given the “civil war” inside the western establishment between more conservative forces and the party of a permanent “war of civilizations”. This “civil war” found already its reflection to the fact that Mrs. Merkel negotiated a first Greek – Turkish moratorium, only to see Mr. Pompeo, a leading neocon figure, intervene and torpedo it in 48 hours.

Greece is watching Turkey, Turkey is watching Greece and the EU is watching both of them. But political leaders in both Athens and Ankara do not seem to realize the more general games which determine the Greek – Turkish conflict, as was the case always in history. A classic example is the 1974 crisis, when Kissinger pushed the US-installed military junta in Athens to stage a coup in Cyprus and then Turkey to invade the island.

Mr. Pompeo spends now much of his precious time (as he is busy with China, Iran, Belarus and Latin America among others) traveling to Cyprus and Greece. Observers do not understand very much why he is making those trips and what is the real message he did convey behind closed doors to President Anastasiades.

Mr. Pompeo is trying hard to persuade Germans he is working also for peace and disengagement, but we will have to judge his real intentions by the practical results of his trips, not by what he says.

We explained in our previous articles that a war between Greece and Turkey will have no winners, it will have only losers. The two countries have a huge number of destructive weapons and a kind of “strategic parity” is established between them. Even if one somehow manages to destroy a large part of the other’s armed forces (something completely unlikely) it will still leave it with the potential to deliver a devastating retaliatory blow. The two countries (and Cyprus) will go back two hundred years, while key interests of Europe, China and Russia will be affected. A strong dose of “chaos” will be added to a planet which is already in a sui generis “pre-war state” (‘Far East, Middle East, health and deep economic crisis, US quasi civil war).

The amazing and most tragic element of the present crisis is that in reality it begun on non-existent or almost non-existent issues. Turkey wants to get as much as possible of the Eastern Mediterranean hydrocarbons, but it is not certain they exist and what is the cost of their extraction, especially in an environment of collapse of the oil economies and of moving further away from fossil fuels.

The governments of Greece, Cyprus and Turkey seem to be in a state of denial as far as the reality of a systemic decline in global oil and gas demand is concerned, a so serious decline that it is already threatening the economic viability of most states in the Middle East. When one reads various Turkish admirals saying there are gas reserves for five hundred years in Eastern Mediterranean, he easily understands that fools and provocateurs are not missing from any of the two countries and this is a reason we can end up in war.

Extremely insecure, Turkey thought also that we are in 1920 and not in 2020 and that Greece, Cyprus and Israel would “exclude” it from the Mediterranean, building the EastMed gas pipeline from Israel to Greece and allying with each other. But the strongly supported by US and Israel EastMed pipeline (Israel – Cuprus – Greece – Italy) will hardly ever be built, as it is too expensive, no deposits have been found to justify its cost, Italy, the recipient of the gas has not agreed to the project, Europe is moving away from fossil fuels and their price has collapsed. The only result of this pipeline project was up to now to provoke a serious crisis between Greece and Turkey and we cannot exclude that this the aim of the operation from the very beginning.

The supposed alliance between Greece, Cyprus and Israel seems devoid of any content capable of threatening Turkey. It is rather a way for Greek and Cypriot elites to justify to their public opinion the huge concessions they made to Israel, with nothing in return.

Tayip Erdogan maintained a very moderate attitude towards Greece until two and especially one year ago, when he began to escalate his aggression against Athens. Today, faithful to a maximalism without limits, which has often in the past trapped Turkish nationalism itself, such as e.g. in Syria, has pulled out of the closet a series of outrageous claims against Greece. Only the Parthenon has not been requested by Turkey yet.

Turkish officials call often to Greeks to remember their Minor Asia expedition which led to disaster. It seems it does not cross their mind that the conclusions are valid for anybody overextending, including Turkey itself.

In particular, Turkey has raised now the issue of more than 150 islands in which Greece has exercised sovereignty for a  century, with the not very serious argument that the 1923 Treaty of Lausanne does not mention them by name.

In addition, Ankara wants the demilitarization of islands in the eastern Aegean, as provided for in the Treaty of Lausanne. This treaty was signed in 1923, when Turkey wanted to block a second Asia Minor Campaign against it and when there were still significant Greek populations in Asia Minor.

The islands of the Eastern Aegean began to be militarized for defense purposes by Greece only after 1975. The decision was taken by Greece only after the Turkish invasion of Cyprus (where Turkish troops are still present) and the ethnic cleansing of 300,000 Greeks. In addition, Turkey has built the world’s largest amphibious fleet, which is based opposite the Greek islands, with only possible mission to invade them. Every year it is staging military exercises with exactly this scenario.

According to some information, Mr. Pompeo and Mr. Maas are now moving towards discussing Turkish demilitarization demands. The latter, who no one has ever confused with Bismarck, is distinguished by the combination of great German straightforwardness (and the subsequent difficulty of suspecting even American and neoconservative traps), with the strong pro-Americanism of the SPD.

However, no Greek government can discuss the demilitarization of islands. If it will do concessions on such demands, it will fall very quickly and most probably we will have a tough pro-American and pro-Israeli hard or far right, ruling in Athens, making ultimately a war harder to avoid.

In other words, Mr. Erdogan will have achieved what his advisers have been telling us for years that he is afraid of: that the US and Israel will use Greece and Cyprus against him !!!

After 1955, and even more so after 1972, at the urging of the British and Americans, Turkey made a large number of claims against both Greece and Cyprus. Turning herself into an instrument of the West against the Greeks, it did not really gain much, except for Cyprus, where it is occupying one third of the island, but this is not recognized by anybody, while it is paying for many decades the considerable political, economic and diplomatic cost of the occupation.

In reality, the pressure Turkey exerts facilitates much more the granting of sovereignty from Greece and Cyprus to the West, NATO etc. than to Turkey itself!

The 1996 crisis about the small Imia islands in the Aegean did not result in Turkey taking Imia, but in “neutralizing” it. The Americans want to control the Aegean, which is the extension of the Straits. They are interested in undermining Greek sovereignty in the region, they are using Turkey to achieve this, but the last thing they will do is to allow Ankara to control the entire Aegean Sea (the continuation of the Straights), by controlling both its continental coast and the islands.

The same happened with the Annan plan to resolve the Cypriot conflict, a plan of American, British and Israeli inspiration. This plan (rejected by the population in a referendum) established in Cyprus a postmodern protectorate ruled, indirectly but clearly, by the US, Britain and Israel, through a labyrinth of provisions and their influence upon the General Secretary. It would be him and not even the Security Council who would  appoint three international judges who would accumulate the ultimate  executive, judicial and legislative power in their hands and would appoint their successors!!!

For peace to be stable any agreement must be balanced. Given the positions of the two sides, and the place of those positions, in their respective national ideologies, one can hardly imagine how those disputes can be easily settled.

The international “party of war” could be served by pressing the Greek elite to cross its national red lines and make serious concessions of sovereignty, supposedly to Turkey, but in reality to NATO and the US. Such concessions, through international agreements , are usually irreversible. If the Greek elite will agree to them, then a Greek hard or far right nationalism may gain power in Athens one way or another.

One hopes that Athens and Ankara will be able to control the dynamics of the confrontation before it controls them, although the microscopic examination of the underground forces in action in both Athens and Ankara, pushing for an escalation is convincing us about the strength of the international forces which wish to lead to a military conflict, or at least to the perpetuation of the crisis.

The optimum solution would be to find a way to divide the continental shelf between Greece, Cyprus and Turkey and freeze the remaining issues, which have no realistic chance of being resolved now.

If this is not possible, the second best solution for peace in Mediterranean and for all the countries involved, would be to freeze all conflicts and to wait for better times. This happened many years ago in the Caspian Sea as well, when differences between its countries almost led to military conflicts.

Both Greece and Turkey are facing very serious economic and health crises. They are located on the outskirts of an area that is threatened with becoming uninhabitable due to climate change. It is ridiculous for them to think in terms of the year 1000 or 1500, in a world situation that is, as Noam Chomsky points out, the most dangerous in human history.

And without even a showdown, the arms race in which a protracted confrontation will take them, is enough to destroy them even without war and to nullify their margins of independent foreign policy! 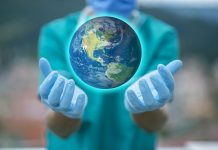 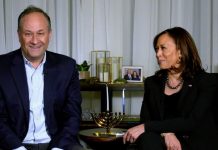 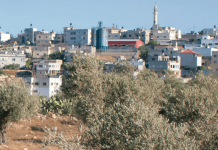 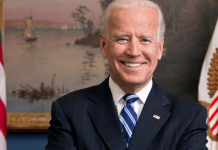 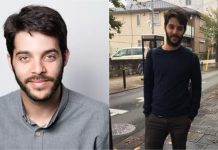 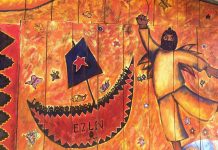