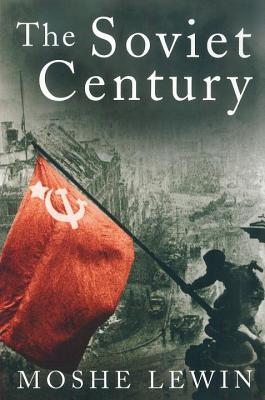 Where did it all go wrong? It’s the question which comes to every old Marxist, whether or not he or she were part of the world communist movement in the 20th century: what was the virus which eventually deformed the Bolshevik revolution and the Soviet Union and all the communist parties, ruling or not, which followed the Soviet model?

Some reread Marx, concluding that all would have been well if Lenin had not been so selective about the great man’s message. Many others conclude that the attempt to build Marxist socialism in Europe’s least industrialised society was doomed from the start. A few think that Lenin was to blame for what he did to the Bolshevik party before the revolution: forging it into a conspiracy whose natural style of government could only be dictatorship.

But far the most popular answer has always been a name rather than an analysis. Stalin is what went wrong. If only Lenin had not died in 1924, he would have steered the Soviet Union towards something like a socialist democracy – a one-party state, certainly, but one where free opinions competed and only a handful of genuine counter-revolutionary terrorists would have to be put behind barbed wire.

Moshe Lewin draws on several of these explanations. He considers that the basic weakness of the Tsarist system repeated itself. ‘Old Russia, where the development of the state and its power always preceded social advance, had ended up stumbling: the political system became blocked, impeding any economic and social progress. And here [in the USSR after 1960] was the same scenario repeating itself – and in the course of the same century.’ Lewin retains faith in the correctness of Lenin’s vision, especially at the end of his life.

Today, Lewin is the senior historian of the Soviet Union living outside Russia. Nearly 40 years ago, he made a name with Lenin’s Last Struggle , a short, brilliant account of how the dying leader fought vainly to return the Bolshevik party to internal democracy and to prevent Stalin succeeding him. Now, he says, he would have written it differently: the mass of secret material accessible in Soviet archives reveals that he was on the right track but didn’t know the half of it. Lenin’s conflict with Stalin was much broader and more fundamental than Lewin guessed in 1969, covering everything from the party’s role in the state through economic strategy to the future of the peasantry.

Lewin believes that two utterly different ideologies of the state collided here. Lenin aimed to steer Bolshevism back towards its origins in European social democracy. Stalin intended to build an all-powerful superstate, unitary and authoritarian. Lewin calls that tradition ‘agrarian despotism’, a system out of time with the enormous industrial society which it created but ultimately failed to manage.

The Soviet Century is not exactly a narrative but a selection of themes in Soviet history which can now be re-interpreted in the light of the new archive material. Lewin is scornful of Western interpretations and equally scathing about Russian post-Soviet attitudes. ‘Not content with looting and squandering the nation’s wealth, the “reformers” mounted a frontal assault on the past, directed at its culture, identity and vitality. This was no critical approach to the past; it was sheer ignorance.’

But Lewin is anything but an apologist for the old system. Certainly, he blasts Cold War writers for exaggerating the scale of Stalin’s repression and he dislikes Alexander Solzhenitsyn (‘politically inept’). And yet his carefully documented chapters on the purges and the Gulag are particularly horrifying because of their precision. Here, for example, fresh from the secret files, is NKVD order 00447 from July 1937, setting ‘a norm’ of 75,000 people to be shot and 225,000 to be sent to the camps. This target, we learn, was agreed long before the victims were selected and it was fulfilled at least twice over. Between 1930 and 1953, according to Lewin’s research, some 3.8 million people were sentenced for ‘counter-revolutionary crimes’, of whom more than 700,000 were shot.

But if that ‘Where did it go wrong?’ question were put to Lewin, I think he would answer: ‘Not everything did!’ Most of this book, which is crammed with detailed research and not always easy reading, is concerned with the decades after Stalin. ‘The sound and fury over dissidence … should not be allowed to obscure the systemic trends that were at work in the Soviet Union.’ Arbitrary terror was replaced by repression, which was at least applied through a legal framework; the Soviet Union became for a while a ‘great power’ economically and politically, as well as in armed strength; health and living conditions improved steeply.

The trouble was inner political failure. A crude description of the Soviet system, offered by some British historians, is that the party was everywhere and omnicompetent, the source of all decisions at all levels. Lewin absolutely disagrees. By the Thirties, he suggests, the party had lost its political charge and was little more than an administrative network. In the years of Stalinist terror, ‘state organs’ held power and the party became a mindless clapping machine without influence. In a third phase, Stalin’s death emancipated the state bureaucracy which, in turn, suffocated any possibility that the party could revive and exercise real leadership. A one-party system? Mockingly, Lewin calls it a ‘no-party system’.

This leads him to another question, among the grandest ‘ifs’ in contemporary history. Yuri Andropov, head of the KGB, succeeded the brain-dead Brezhnev as general-secretary of the party in 1983, but fell mortally ill and died the following year. Suppose he had lived!

Andropov was well aware of the weaknesses corroding the Soviet Union from within; he hatched ambitious reform plans, including real elections to party posts. Lewin excitedly claims that this implied replacing the existing party with a new one which, ‘still in power but planning reforms, could have served to steer the country during the difficult transition to a new model’.

In other words, Andropov would have forged exactly the weapon for transforming Soviet society which Gorbachev lacked when he launched perestroika a few years later. And maybe, just maybe, the Soviet Union could have avoided collapse? Lewin is persuasive. But – on his own evidence of systemic decay – I just can’t believe it.