The largest number of refugees and migrants reaching Europe came via routes crossing from Turkey to Greece, mostly by sea, according to a UNHCR’s report for 2019.

As of 30 September, some 80,800 refugees and migrants had arrived via the three Mediterranean routes to Europe, a 21% decrease compared to the same period last year (102,700). 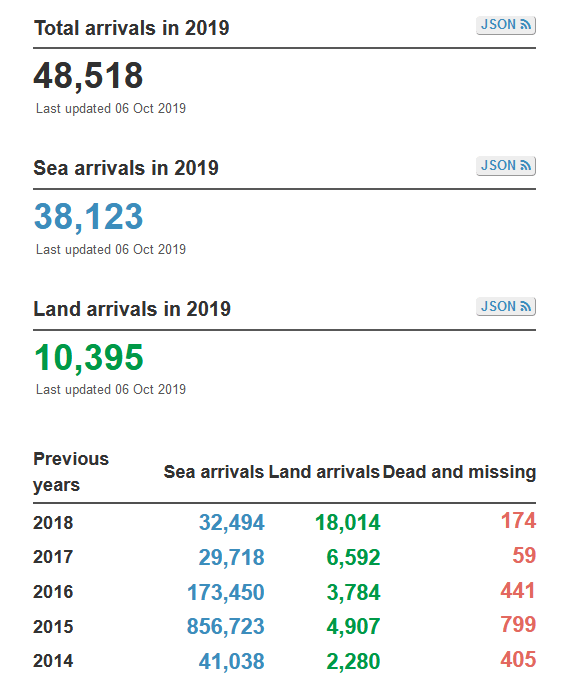 July, August, and September 2019 saw a spike in arrivals to Greece, with more than 9,300 people arriving in August and a further 12,500 in September, mostly from Afghanistan and Syria. However, these numbers are far below the 309,900 who reached Greek shores between July and September 2015, and most of whom travelled onwards to elsewhere in Europe. 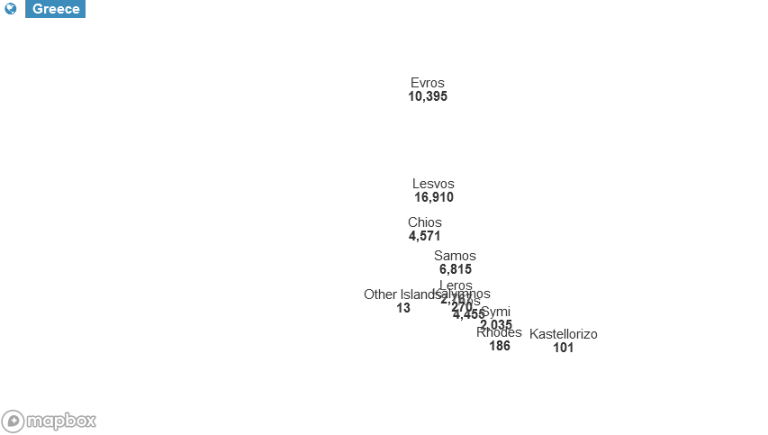 Arrivals at the Greece-Turkey land border have dropped by 30% compared to last year.

Reasons for the decrease appear to be increased preventative measures on both sides of the border, including push-backs from Greece.

UNHCR has repeatedly voiced concerns with the Greek authorities about the allegations of push-backs, including several incidents of possible refoulement, in which people seeking international protection were reported to have been returned.

The majority of people arriving irregularly in Greece are fleeing conflict, persecution and human rights violations and those arriving by sea originate mainly from Afghanistan and Syria but also the Democratic Republic of Congo, Iraq, and Palestine.

Many are in need of international protection and should be given prompt access to asylum procedures so that their asylum claims can be processed fairly and efficiently.

As of 30 September, nearly 30,700 refugees and migrants were present on the islands of whom some 25,900 were in the five Reception and Identification Centres (RICs), almost five times more than their maximum capacity of 5,400.

In Greece, more than 12,900 children have arrived by sea so far this year, including nearly 2,100 unaccompanied or separated children. The majority of children came from Afghanistan, Syria, and Iraq, countries characterised by conflict, violence and human rights violations.

As of 30 September, 8,300 children, of whom 1,600 were unaccompanied or separated, were housed in overcrowded reception centres on the Greek Aegean islands.

It’s a Class War Now Too