Number three, it wants access to the global economy and the capital that any serious reconstruction of industry and agriculture requires.

In a very limited way, North Korea can achieve its third goal with economic agreements with South Korea. The Kaesong Industrial Complex, which combined South Korean managerial expertise and capital with North Korean labor, was one such effort.

But in truth, to achieve these goals, North Korea needs an agreement with the United States.

So, yes, Kim’s overture to South Korea is a wedge-making effort. But more importantly it’s a way to create a dynamic that will eventually get the United States to the negotiating table.

The end game, in other words, isn’t a nuclear weapons program full stop. You can’t eat nuclear weapons. The end game is a place at the table, regionally and internationally, and for that North Korea needs to deal with the number one gatekeeper: the United States.

The Olympics, Security, and Human Rights

The Trump administration has already moderated its tone about North Korea thanks to the efforts of South Korea. In a conversation with South Korean President Moon Jae-in, Trump agreed to “deconflict” the Olympics by postponing U.S.-South Korean military exercises until after the event.

The postponement is supposed to be contingent on North Korea not conducting any further nuclear or missile tests. There have been conflicting reports that North Korea is indeed preparing another long-range missile test. Perhaps it’s only considering a rocket engine test to signal that it wants its talks but enhanced deterrence as well.

But not everyone is enthusiastic at the prospect of North Korea participating in the upcoming Olympics.

Over at the right-wing Heritage Foundation, Bruce Klingner asks why North Korea should be welcomed at the Winter Olympics if much of the world supported a boycott of apartheid South Africa. “In response to North Korea’s far more egregious human rights violations – which the United Nations has ruled to be ‘crimes against humanity’ – the world allows and even encourages Pyongyang to participate,” he writes.

But these are not parallel situations. South Africa, during the apartheid years, was a regionally destabilizing influence, but there was no DMZ, no troops on hair-trigger alert, no nuclear arsenals in play. Also, a strong movement inside South Africa supported an Olympic boycott as part of an international anti-apartheid movement.

At the time, the Heritage Foundation was not particularly enamored of the strategies proposed by this movement, preferring instead a policy of “constructive engagement” in which trade and investment in South Africa would eventually erode the apartheid system. Fortunately, the antiapartheid movement didn’t listen to Heritage.

On the Korean peninsula, meanwhile, the risk of catastrophic war is high – whether by design or by accident. Yes, North Korea’s human rights violations are egregious. But as with the Soviet Union during the arms control era or Iran and the nuclear agreement, the nuclear risk justifies an exclusive focus on averting war. So, if inviting North Korea to the Winter Olympics can help create an environment of greater trust and engagement that can then lead all parties back to the negotiating table, it’s a worthwhile effort.

Given the lack of a movement within North Korea demanding a boycott – indeed, given the lack of virtually any non-governmental organizations inside the country – the “constructive engagement” arguments are more applicable to the Kim Jong UN regime than they ever were for apartheid South Africa.

In The Atlantic, Robert Carlin and Joel Wit offer three important examples of such engagement that the Trump administration could follow in order to build on the new inter-Korean momentum: make it easier for humanitarian organizations to operate inside North Korea, lift travel restrictions on North Korean diplomats in New York, and ask Pyongyang to grant access for Swedish diplomats (who represent American interests there) to visit the three Americans still held in North Korea.

So, let’s recap. North Korea offers to talk with South Korea and participate in the Winter Olympics. Sure, its trying to create some distance between Washington and Seoul. But that’s normal geopolitics – as opposed to the exchange of threats to launch a nuclear war. Instead of worrying about “wedges,” pundits should be overjoyed that North Korea is using its words not its weapons.

Let the Games and the next round of talks begin!

Trump failed to prove he’s a true anti-interventionist. If he wins... 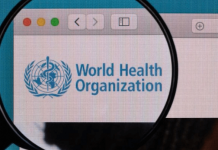 ‘The Fury of the Virus Illustrates the Folly of War’ –... 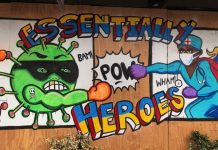 Why the Neoliberal Agenda is a Failure at Fighting Coronavirus 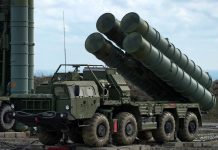