By 99.84% of the votes counted, the results of the general elections on 7. July 2019 bring six political parties in the Greek Parliament with the neo-Nazis of Golden Dawn to be definitely out. Two new parties enter the Parliament:

Analytically: Percentage – Seats distribution and in comparison to last elections in September 2015

Hadn’t it be for the 50-seats bonus for the winning party, the MPs distribution would look like that (right column.) 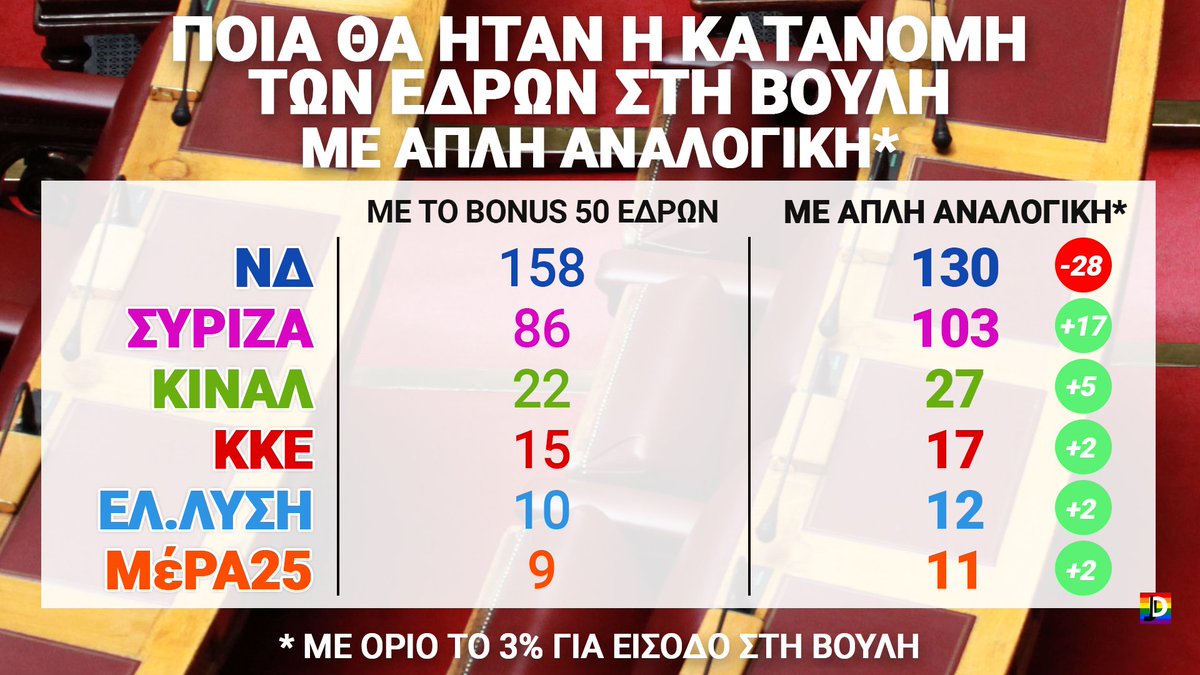 The 50-seat bonus will be abolished in the next general election when the simple proportional system will go into effect.

– The difference between the second (SYR) and the third party (KINAL) is striking: 23.43%

– Crete, the homeland of Mitsotakis voted for SYRIZA.

– Although voting is mandatory, 42.4% of Greeks stayed at home – or at least, they did not go to ballot boxes.

– ND will form the first majority government after 2009 (PASOK/Papandreou) and the first post-bailout government.

– The leader of a small party wasn’t able to find even his own vote.