Social media feeds are filled with historic shots marking Victory Day, but Facebook seems to have taken issue with one that symbolizes the Soviet victory over Nazi Germany, and it keeps deleting a recently-colorized version of it.

Taken during the Battle of Berlin on May 2, 1945, Yevgeny Khaldei’s ‘Raising a Flag over the Reichstag’ commonly springs to mind when it comes to the subject of World War II and Victory Day celebrations. It universally appears in literature, documentaries and, indeed, in social media posts. RT has even reenacted the iconic moment as part of its V-Day project. 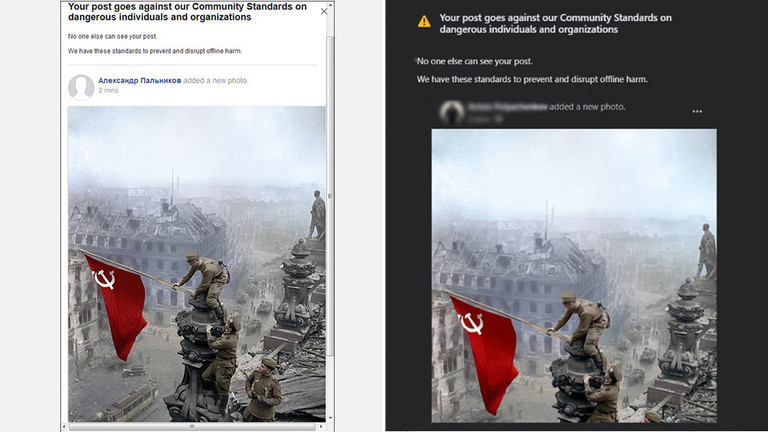 All the more puzzled, then, were social media users who tried posting the iconic shot on Facebook on May 9, as Russia marked 75 years since the defeat of Nazi Germany. While the vintage black-and-white versions of the famous photo seemed to pass FB algorithms with flying colors, the version skilfully colorized by Olga Shirnina (aka Klimbim) –showing the Soviet flag in its original bright red– set off alarm bells.

#Facebook has banned the iconic photograph of a #Soviet solider waving the #USSR flag over the #Reichstag in May 1945. The social network claims the image violates its community guidelines for dangerous people and organizations…

Your post goes against our Community Standards on dangerous individuals and organisations,” was the message shown to several RT employees who’d set out to verify the reports and tried to post the picture. The warning appeared minutes after posts were completed, after which the image just vanished altogether.

Read also:
‘Like remote-controlling your arm against you’: Snowden says Apple won't decide what it scans the phones for – governments will

Details provided in the warning only broadly outline the topics banned on FB, such as terrorism and incitement of hate and violence. There is no indication that FB has ever consistently associated the Soviet symbols with any on the list, although the network does have a history of erroneously censoring certain historic shots. 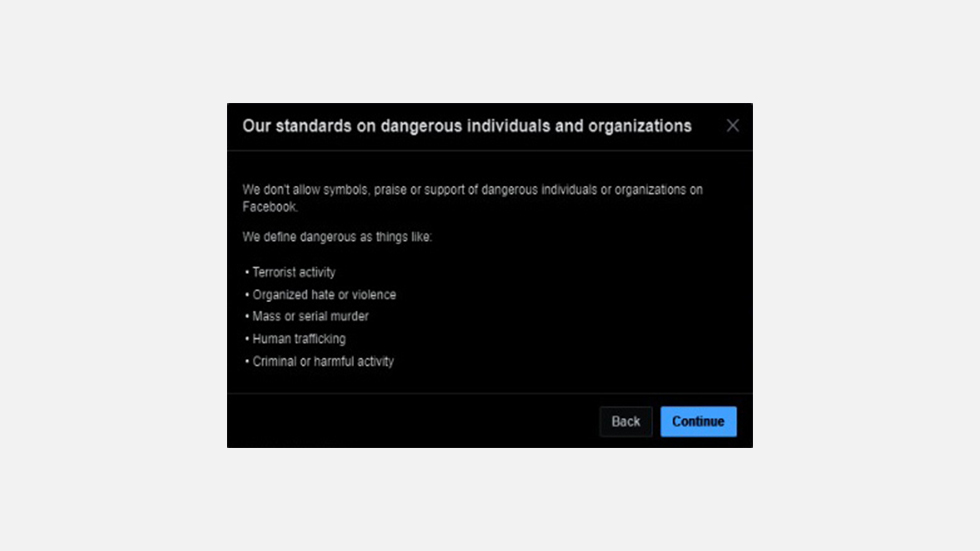 Shirnina herself tried to post the photo on May 9 – only to get suspended by Facebook for three days for “violating Community Standards,” according to a screenshot she posted on Russian social network VK.

In a brief comment to Sputnik, Facebook has blamed an error in its algorithm for the blunder, noting that the deleted content was put back online. The social media giant apologized for “any inconvenience this may have caused” to the users.

RT has sent a request to Facebook, seeking clarification.

WATCH RT’s RECREATION OF THE ICONIC MOMENT IN VR