TO MARK the victory over Isis in its de facto capital Raqqa, members of the International Freedom Battalion (IFB), an alliance of left-wing groups fighting alongside the Kurdish People’s Protection Units (YPG), recreated the famous 1945 photo of the Red Army on the Reichstag.

Speaking under the name the codename Serhildan 21, an IFB member from London, told the Star he saw the two victories as connected. 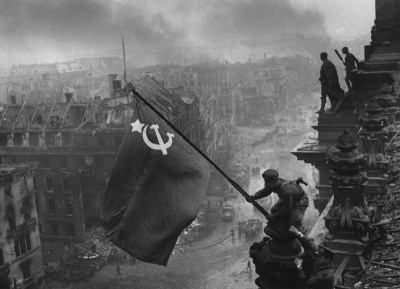 “When the red flag flew over Berlin, it was the symbol of victory over nazi-fascism. We consider Raqqa to mean the defeat of Isis-fascism and ourselves to be in the same communist tradition as the liberating troops.”