Wealth in the United States is concentrating into fewer and fewer hands, a trend we tracked in two previous Billionaire Bonanza reports in 2015 and 2017. This year’s edition, Billionaire Bonanza 2018: Inherited Wealth Dynasties in the 21st-Century U.S.,  focuses primarily on “dynastic” wealth that has passed from one generation to another within families. Our analysis is based on the Forbes magazine list of the 400 wealthiest individuals in the United States and the Federal Reserve Survey of Consumer Finances.

In this report, we analyze the grand fortunes of the wealthiest individuals and families and compare their wealth to the absence of wealth at and near the nation’s economic bottom. 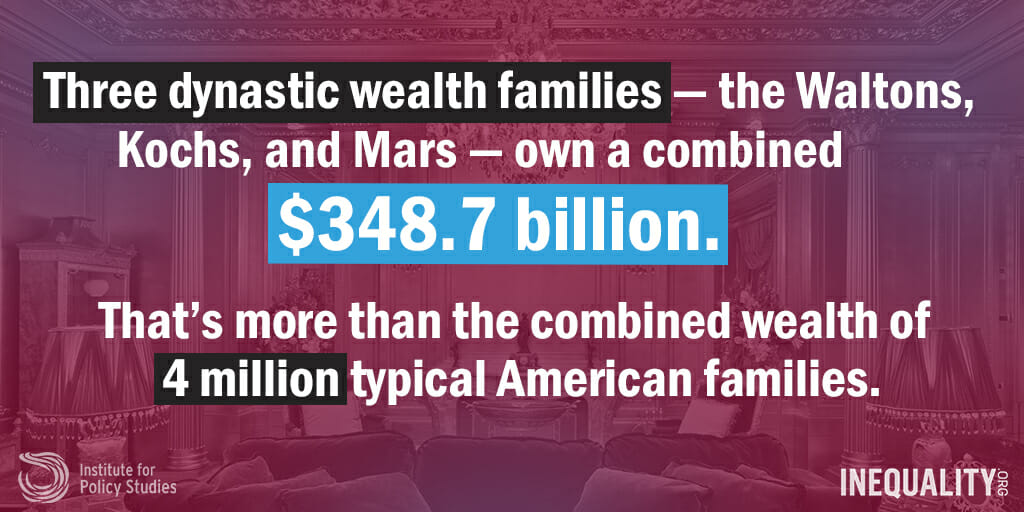 A century of family growth, progressive taxation, and philanthropic activity has dispersed these great fortunes. Only a handful of heirs to these original Gilded Age fortunes rank among the Forbes 400 today.  But current public policies have reduced taxes and goosed stock values, buoying some of these older wealth dynasties as well.

Now several decades into the second Gilded Age, dynastic wealth families once again appear in force on the Forbes 400 list.  And like previous dynasties, a segment of these families use their considerable wealth and power to rig the rules of the economy to protect and expand their wealth and power. 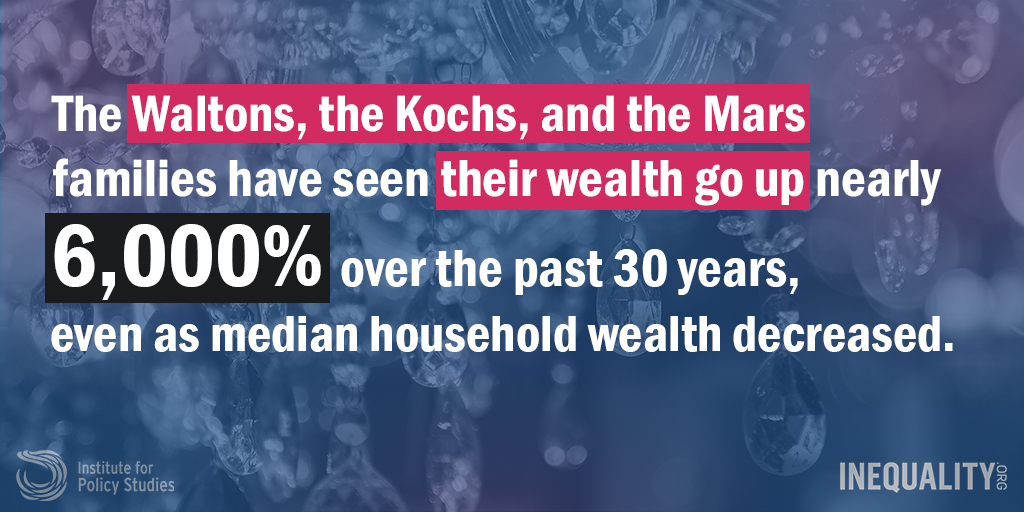 Members of the Forbes 400 span the spectrum of inheritance with some inheriting their full fortune while others started their life in impoverished families. Most of the list exist somewhere in between with the privileges and benefits that come from intergenerational transfers of wealth. Forbes quantifies this distinction listing 64 members as inheriting their full fortune and 67 members inheriting a smaller fortune they grew. The rest, 269 members, are listed as “self-made.”

The Forbes 400 has grown over time with the price of admission steadily increasing alongside the total combined wealth. In 1982, a wealthy individual needed $75 million to enter the Forbes 400 list. The minimum wealth necessary in 2018: $2.1 billion. As a result, 204 U.S. billionaires did not make it onto the list. The 1982 price of admission amounted, in today’s dollars, to $200 million, less than a tenth of the wealth of today’s poorest Forbes 400 members.

Three individuals—Jeff Bezos, Bill Gates, and Warren Buffett—still own more wealth the bottom half of the country combined, a fact we noted in our 2017 report, Billionaire Bonanza 2017: The Forbes 400 and the Rest of Us. Of these three, Jeff Bezos saw his wealth skyrocket the most, by $78.5 billion to $160 billion. That’s nearly 2 million times median U.S. family wealth. 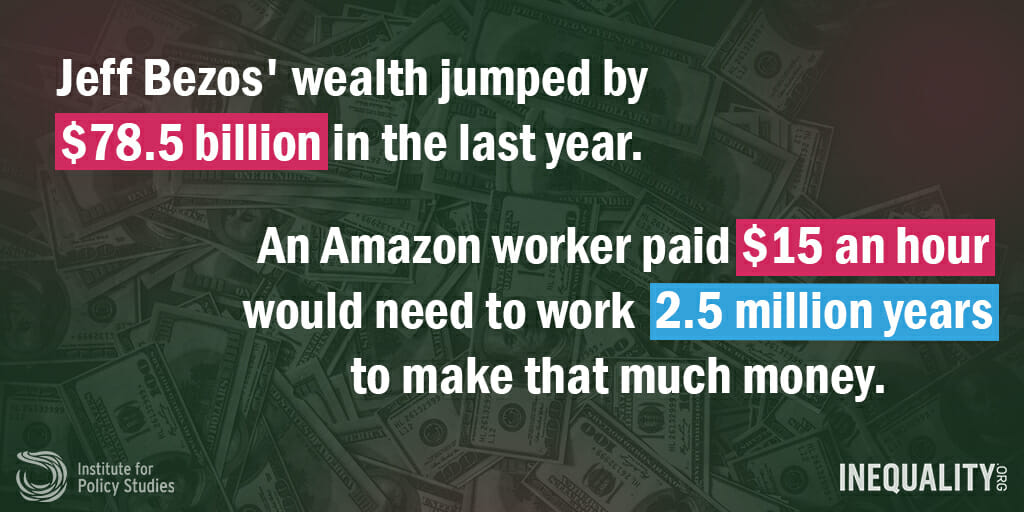 The wealth of the rest of the country has not kept pace with the billionaire class. Median household wealth remains stagnant at about $80,000. The proportion of households with zero or negative wealth is nearly one in five, about 19 percent. These families living without wealth survive without any buffer from economic calamity. Four in ten families could not come up with $400 if they needed it in an emergency, according to a recent study from the Federal Reserve.

While a number of solutions are required to reverse the gross wealth inequality outlined in this report, this report highlights two bold and innovative proposals to directly address the problem of dynastic wealth.

In order to successfully implement these policies, the U.S. must take leadership in advancing rules and global treaties that discourage aggressive wealth hiding and tax avoidance.