The Nuclear Option: Why Columbus Deserves His Day 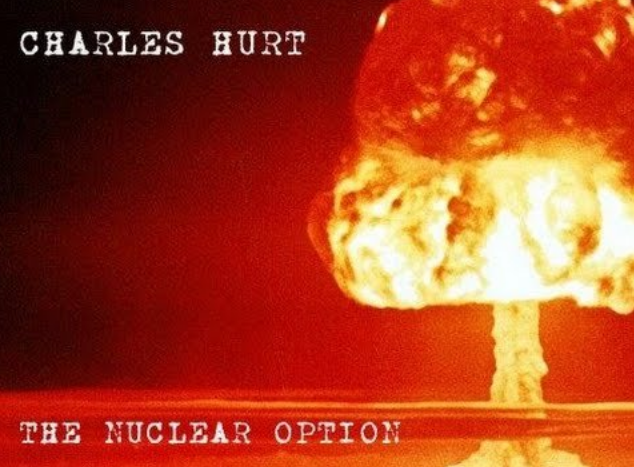 In this era of Making America Great Again, it is true and wonderful to celebrate this great and glorious holiday and sing high praises for the good and daring adventurer who discovered America.

The story of Christopher Columbus inspires American pride for his unquenchable curiosity, his desire to see new lands and meet new people, and his relentless drive for industry.

He sailed through sunshine, wind and rain. He sailed by night; he sailed by day; he used the stars to find his way.

“Five hundred and twenty-five years ago, Christopher Columbus completed an ambitious and daring voyage across the Atlantic Ocean to the Americas,” said Mr. Trump, sounding like a man who appreciates risk and accomplishment. Kind of like building great skyscrapers in great cities of the world.

“The voyage was a remarkable and then-unparallelled feat that helped launch the age of exploration and discovery,” Mr. Trump proclaimed from the White House. “The permanent arrival of Europeans to the Americas was the transformative event that undeniably and fundamentally changed the course of human history and set the stage for the development of our great nation.”

This, of course, would ultimately spark the greatest revolution in human history.

Imagine just how radical was the notion that man’s rights derive from God and not a king or government. This fierce and bloody demand for self-governance would give birth to the greatest country on earth and became the blueprint for ending the savage global institution of slavery.

Mr. Trump also honors Columbus as a “skilled navigator and man of faith.” He thanked both Spain and Italy for their contributions to discovering America.

As thrilling as it is to dance back and forth across the lines of Mr. Trump’s simple Columbus Day proclamation, this is also a time of sober reflection over the past eight years with a president who viewed Columbus in a drastically different light.

Americans must, President Barack Obama lectured a year ago, “acknowledge the pain and suffering reflected in the stories of Native Americans who had long resided on this land prior to the arrival of European newcomers.”

Anyway, isn’t it incredibly xenophobic and — according to Democrats — outright racist to say that Native Americans should be protected from outside invaders just because they had “long resided on this land prior to the arrival” of others?

In other words, it’s just fine for Mr. Obama to refer to Columbus as an illegal alien. But it is completely racist for Mr. Trump to talk about illegal aliens who come into our country and rape or murder our citizens.

And you wonder why the barbarians in Iran, theocratic thugs in Syria and crazy little Rocket Man in North Korea have been laughing contemptuously at us for the past eight years as they plotted the annihilation of civilized people?

The only statue that should be torn down today is the one in the fictitious town of Springfield on “The Simpsons.”

It is a statue of former failed President Jimmy Carter. When it was unveiled, the townspeople shrieked and declared the preachy huckster “History’s Monster!”

In Springfield, the statue of Jimmy Carter should be torn down and replaced with a statue of Barack Obama, “History’s True Monster.”