By Dr Alexander Yakovenko
Russian Ambassador to the United Kingdom of Great Britain and Northern Ireland, Deputy foreign minister (2005-2011).
3 May, 2018

On 4 March 2018 two Russian citizens Sergei and Yulia Skripal were reportedly poisoned in Salisbury, Wiltshire with the toxic chemical named A-234 under the British classification.

On 12 March Foreign Secretary Johnson summoned me to the Foreign and Commonwealth Office and said that Russia was “highly likely” responsible for the attack. He invited us to respond by the next day, whether this had been a direct act by the state or Russia had lost control over this nerve agent.

The incident had international repercussions, including expulsion of 150 Russian diplomats from 28 countries, notwithstanding the fact that the charges were based on assumptions and unverifiable intelligence. The Western countries lost the same number of Moscow-based staff. Meanwhile, the British government provided no evidence either to the public, its allies or Russia. Subsequent events revealed that no proof of Russia’s involvement existed. On 1 May, National Security adviser Sir Mark Sedwill confirmed that (despite a number of previous leaks) no suspect had been identified, a statement that speaks for itself.

Two months have passed since the poisoning and more than a month since Prime Minister May accused Russia of this crime. However, despite our numerous requests, we have not been granted access to the investigation. The FCO and the Metropolitan Police have refrained from contacts.

We have been denied consular access to our citizens in violation of the Vienna Convention on the Consular Relations and the bilateral Consular Convention. We are still unable to verify their whereabouts, health and wishes. Considering all the facts, we now have more reasons to qualify this situation as an abduction of the two Russian nationals. We will continue to seek the truth and demand answers from the British side.

We also get the impression that the British government is deliberately destroying the evidence, classifying all remaining materials and making independent investigation impossible. Sergei Skripal’s pets were incinerated without having been tested for exposure to nerve agents. Then a decontamination of the area was announced, which reportedly included destruction of potentially contaminated objects along with Sergei Skripal’s house, the “Mill” pub and the “Zizzi” restaurant.

The media coverage of the Salisbury poisoning is not as free as it should be. On 8 April it was reported that the National Security Council “had seized control” over the media response to the incident. On 18 April the media regulator Ofcom announced investigations into the RT channel regarding Salisbury. Is it a coincidence that no one has ever seen any photos of the Skripals since the incident, and no attempts have been made by the media to interview them? Hospital privacy and security might be an excuse, but it looks like the Skripals’ privacy is better protected than that of pop stars and even the Royal family.

The UK has also refused to interact with Russia in the OPCW. Instead of using the standard procedures, whereby Britain could have engaged Russia directly or through the OPCW Executive Council, the British government has chosen to cooperate with the OPCW Technical Secretariat under a classified arrangement. On 13 April Russia itself initiated Article IX of the Chemical Weapons Convention procedure to obtain a response to a list of questions to the UK submitted via the OPCW.

Replies received are unsatisfactory and don’t answer our legitimate and reasonable questions and thus don’t help establish the truth. As to the OPCW report, it clearly lacked impartiality as the OPCW-designated laboratories were given only one task, which was to check whether the nerve agent identified by the UK was present in the biomedical samples, and the samples were taken only in the locations designated by the British side.

Meanwhile, the UK is depicted, by the Conservative government, as the “leader” of the Western efforts to “hold Russia to account“. It seems that the Cabinet has no interest in functional bilateral relations, which have reached a new low since the Salisbury poisoning. Russia is again presented as a “cyber threat” and the British public is being prepared for a massive cyber attack against Russia, which would purport to be retaliatory by nature, but in fact would constitute an unprovoked use of force. The Foreign Office has ignored the Russian offer for consultations on cyber-security.

Nevertheless, every day the Embassy receives letters from the British public with regrets over the current official policy towards Russia. People fail to understand how it is possible to blame Russia without any proof or evidence being presented to the international community. This contradicts the British tradition of open and fair work of judiciary. Many believe that this policy is rooted in the anti-Russian sentiment within the current Conservative government.

The Embassy has published a report “Salisbury: a classified case“, which summarizes the sequence of events and Britain’s and Russia’s positions. I invite the British side to give it a thorough consideration. The list of questions to the British government is constantly growing. What we demand in the first place is transparency. 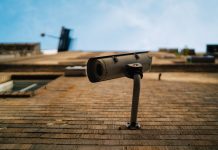 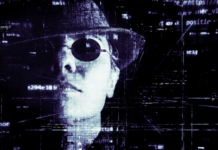 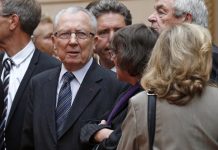 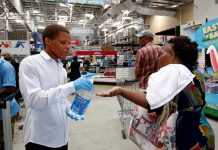