UN official Robert Piper called on the Israeli occupation to “charge or release” Bilal Kayed in a statement released on Saturday, 20 August, Kayed’s 67th day of hunger strike. The statement came as reports indicated that Kayed had been transferred to intensive care within Barzilai Hospital, and as fellow hunger striker Jalal al-Faqih, part of the collective strike in support of Kayed, was urgently transferred to HaEmek hospital after a serious heart incident.

Piper, the United Nations Coordinator for Humanitarian Assistance and Development Aid in the occupied Palestinian territory, said in a statement:

“I am deeply concerned about the deteriorating health of Palestinian detainee Bilal Kayed, after 67 days of a hunger strike protesting his detention without charge or trial. This is an egregious case, in which Mr. Kayed was placed on administrative detention on the day of his scheduled release after completing a 14.5 year prison sentence.

“Six other detainees, including journalist Omar Nazzal, are also on hunger strike in protest against their administrative detention and prolonged solitary confinement. A further 100 Palestinian prisoners in prisons across Israel have undertaken hunger strikes in solidarity.

Al-Faqih and Kayed are currently in a stable condition, but Kayed is vulnerable to severe health deterioration at any moment amid his 68th day of hunger strike. Al-Faqih is one of the nearly 100 participants in the strike in support of Kayed, who was ordered to six months in indefinitely-renewable administrative detention immediately upon the expiration of his 14.5-year sentence in Israeli prison. Palestinian prisoners collectively have noted the dangerous precedent his case poses for all prisoners facing release.  Just yesterday, a new group of prisoners joined the collective hunger strike, and today, 21 August, prisoner Fuad Sawalhi announced that he, too, was joining the strike in support of Kayed.

Kayed will face an Israeli supreme court hearing on Monday, 22 August for his appeal against his administrative detention. 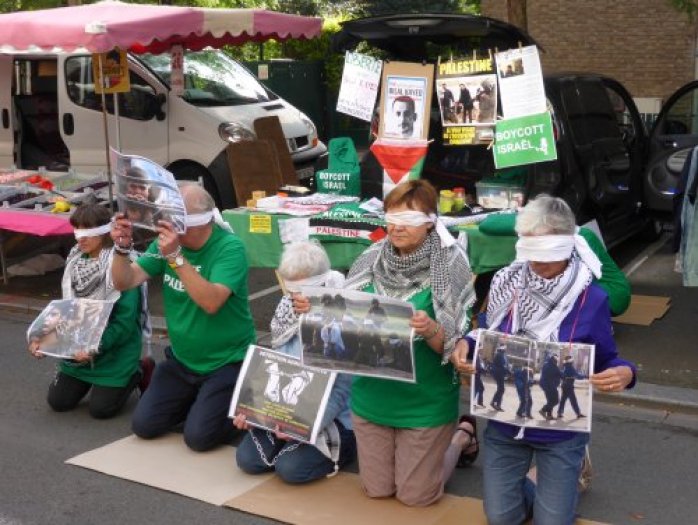 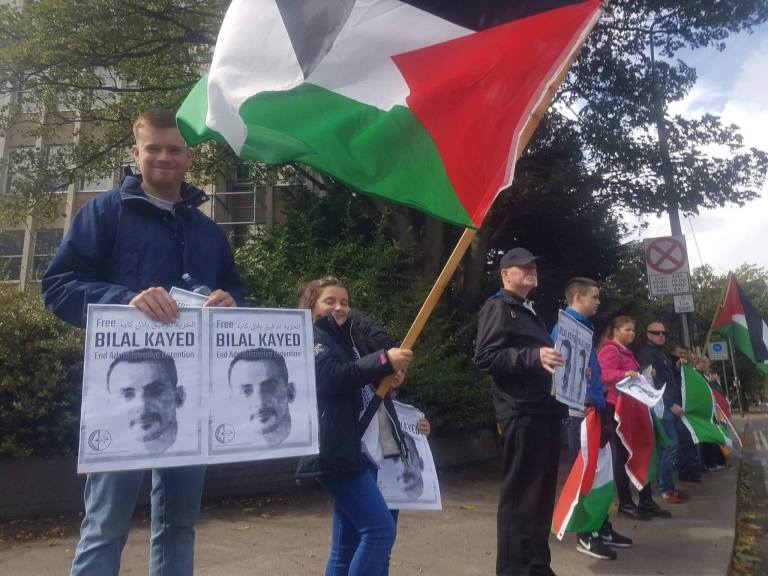 In Ireland, multiple protests and actions demanded the release of Kayed. Dublin saw a protest outside the Israeli embassy, while protesters braved intense rain in Portadown to call for Kayed’s freedom. 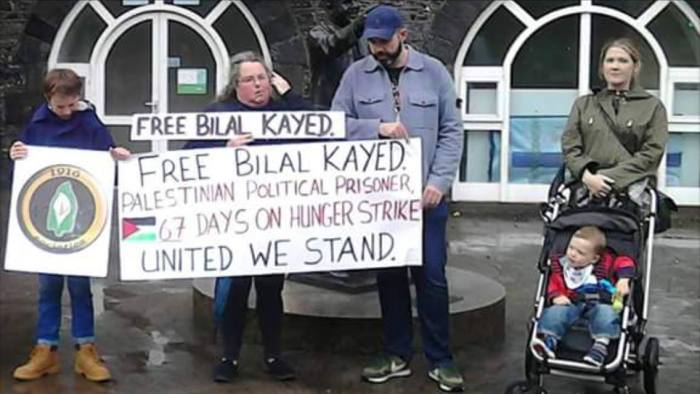 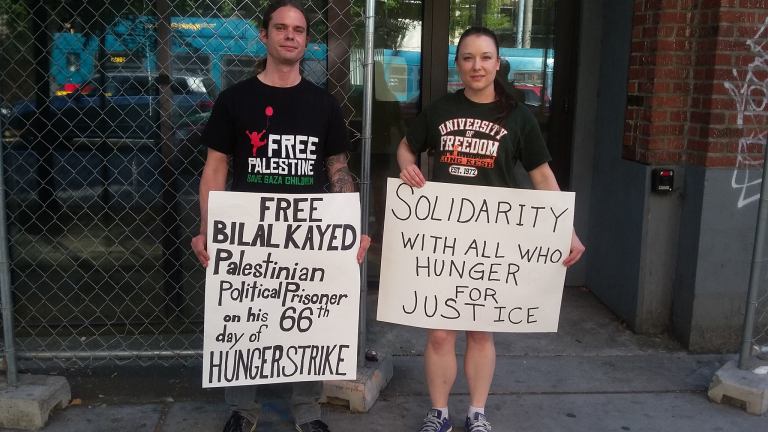 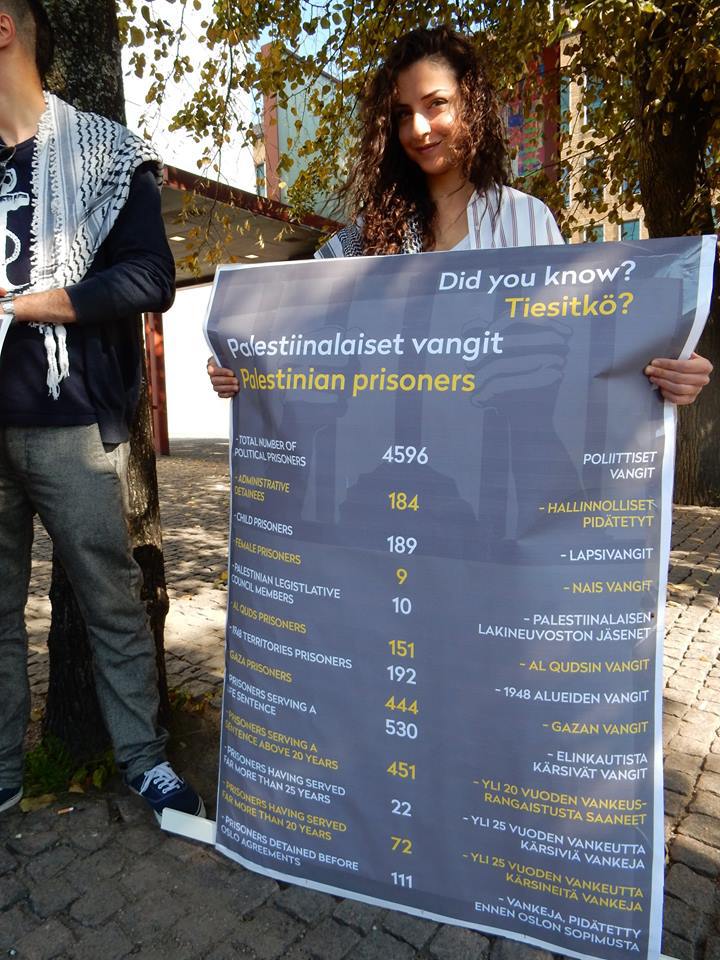 As Bilal Kayed approaches 70 days of hunger strike, Samidoun Palestinian Prisoner Solidarity Network urges all supporters of Palestine and the Palestinian people to mobilize and organize, conduct call-in days, sit-ins, protests and actions to demand the freedom of Bilal Kayed and his fellow Palestinian prisoners. This is a critical moment, and mobilization is exceptionally important to reach the level necessary to support Bilal Kayed as his health reaches a dangerous stage and his struggle must be pushed forward towards victory and freedom.