The Turkish flag was raised on a tiny islet in the Evros river, the natural border between Greece and Turkey. The flag was later taken down by Greek soldiers. The provocative incident occurred on the islet of “Loulou” near the village Praggi by Didymoticho.

According to an exclusive report by local media evrosnews, the flag was spotted by a local resident who took a picture. 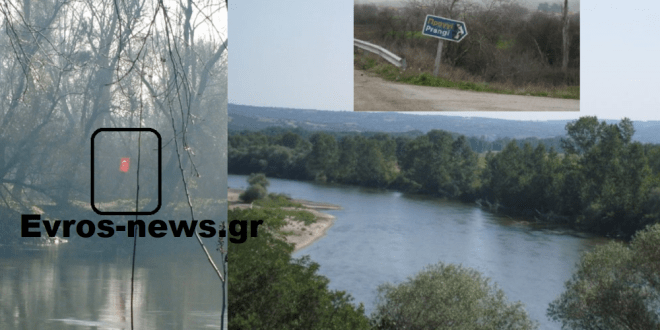 “It is not known who and how the Turkish flag was raised, even though the border area is constantly controlled by both the Greek Army and Police as it is a crossing point for migrants and refugees” evronews wrote.

It should be noted that when the water level of the Evros river is low, this particular islet is connected to Turkish soil and somebody can access it on foot and without having to cross the river. Greeks can also have access to Turkish islets there on foot.

According to ANT1 TV, it was “three Turkish soldiers who raised the flag” on Monday afternoon and stayed on the islet for quite some time. They were immediately spotted by the Greek soldiers in the area who were waiting to see what will happen, while they closely monitored them. The Turkish soldiers reportedly left after the sunset.

The incident is highly provocative in times of a series of provocative actions by Turkey and reminds of hoisting of the Turkish flag on the Aegean islet of Imia in 1996 that led almost to an armed conflict between the two countries.

But Loulou is not Imia and Evros is not the Aegean Sea.

The turkish provocations were not limited on land but extended in the air too. Turkish aircraft violated the Greek airspace 34 times on Monday, while a pair of F-16 fighter jets conducted several violations on Tuesday morning.

Read also:
Erdoğan, in Trouble at Home, Fishing for Trouble in the Aegean