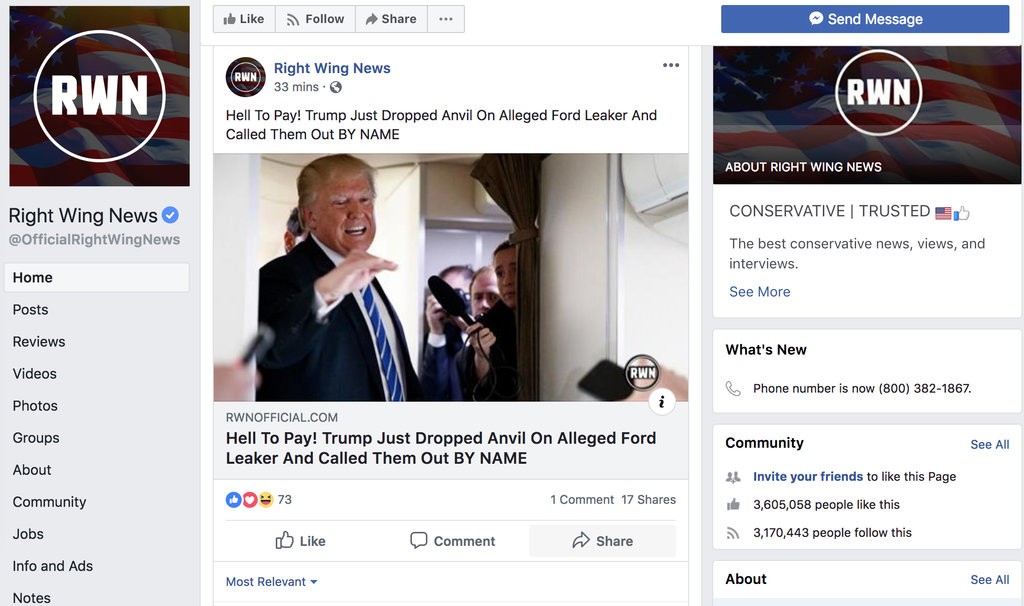 The conservative site, run by the blogger John Hawkins, had created a series of Facebook pages and accounts over the last year under many names, according to Facebook.

After Dr. Blasey testified, Right Wing News posted several false stories about her — including the suggestion that her lawyers were being bribed by Democrats — and then used the network of Facebook pages and accounts to share the pieces so that they proliferated online quickly, social media researchers said.

The result was a real-time spreading of disinformation started by Americans, for Americans.

It’s a Class War Now Too