Paris is bracing for yet another round of Yellow Vest protests, with demonstrators taking to the streets of the capital. More than 10,000 are expected to join the march, with the slogan ‘Macron Resign’.

France is gripped by the fifth consecutive weekend of Yellow Vests rallies, named after the high-visibility clothing drivers are required to keep in their vehicles. This Saturday, demonstrations are being held with motto ‘[Emmanuel] Macron’s resignation’.

Protesters are gathering on the Champs-Élysées, which has seen four weekends of clashes between rioters and police. However, unlike the previous four protests, the number of Yellow Vest protesters is relatively low. As of this morning, at least 25 people have been detained across the Île-de-France region, police revealed. 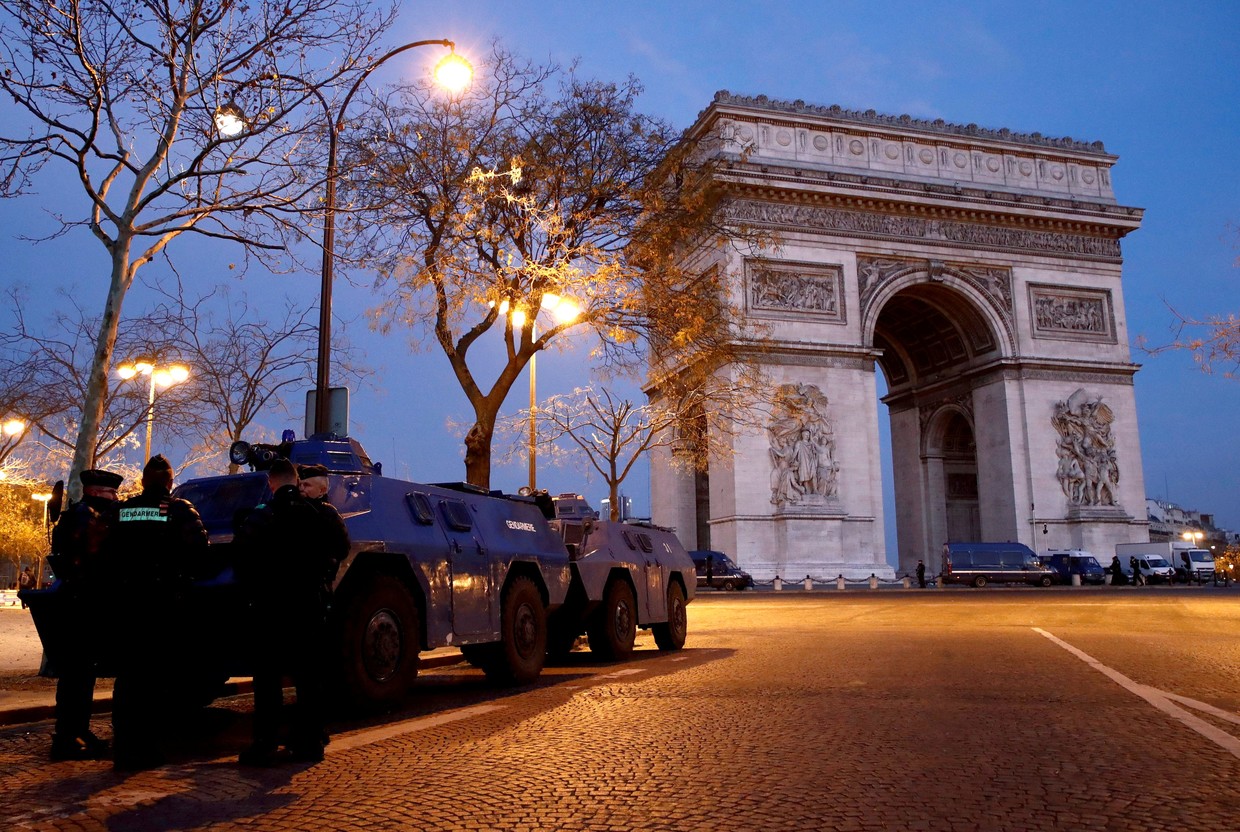 Armored vehicles belonging to the Gendarmerie – France’s military police – have been spotted near the Arc de Triomphe, the site of the fiercest confrontations between protesters and police.

Police have flooded Paris to contain the rallies, which may turn violent. The security forces have placed around 8,000 officers on the streets of the capital to quell fears of rioting.
People initially protested fuel price hikes due to come into force this January. The government has since abandoned its plans, but the demonstrators continued, demanding more concessions, including lower taxes and a higher minimum wage.

Violence at the protests, especially in the capital, has hit record levels, with several dead and hundreds of protesters injured. Police officers have also suffered injuries. The number of those detained throughout the protests has surpassed 4,500.