As the Yellow Vest protests continue to rage across Paris and beyond, lighter moments and artistic gestures can be found amidst the chaos, tear gas, and violence.

One enterprising rap artist took advantage of the dramatic scenes playing out on the streets of Paris and decided to use it as an edgy backdrop for his next music video.

The protests appear to be inspiring a wide range of musicians, as a woman was seen playing a melancholy song on a violin as protesters and police clashed mere feet away from her in Lyon. At one stage, a man in a yellow jacket begins to sing along with the tune. 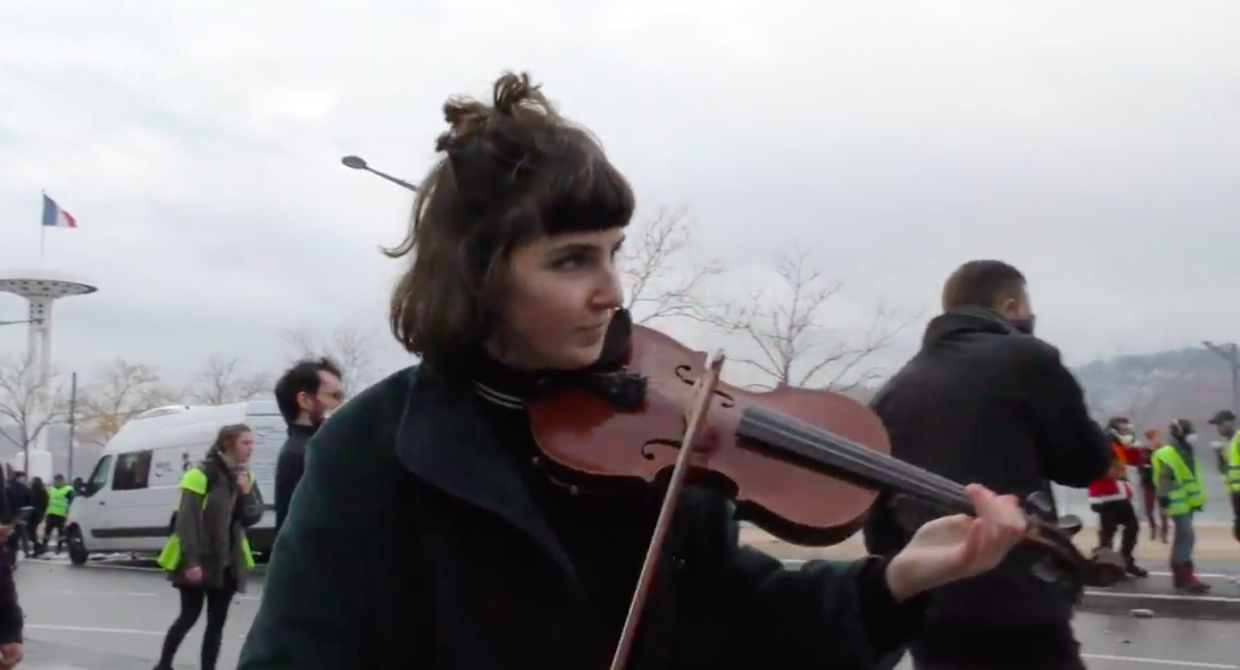 Meanwhile, another musician was seen walking through the city’s streets, playing the bagpipes as a marching tune for protesters. 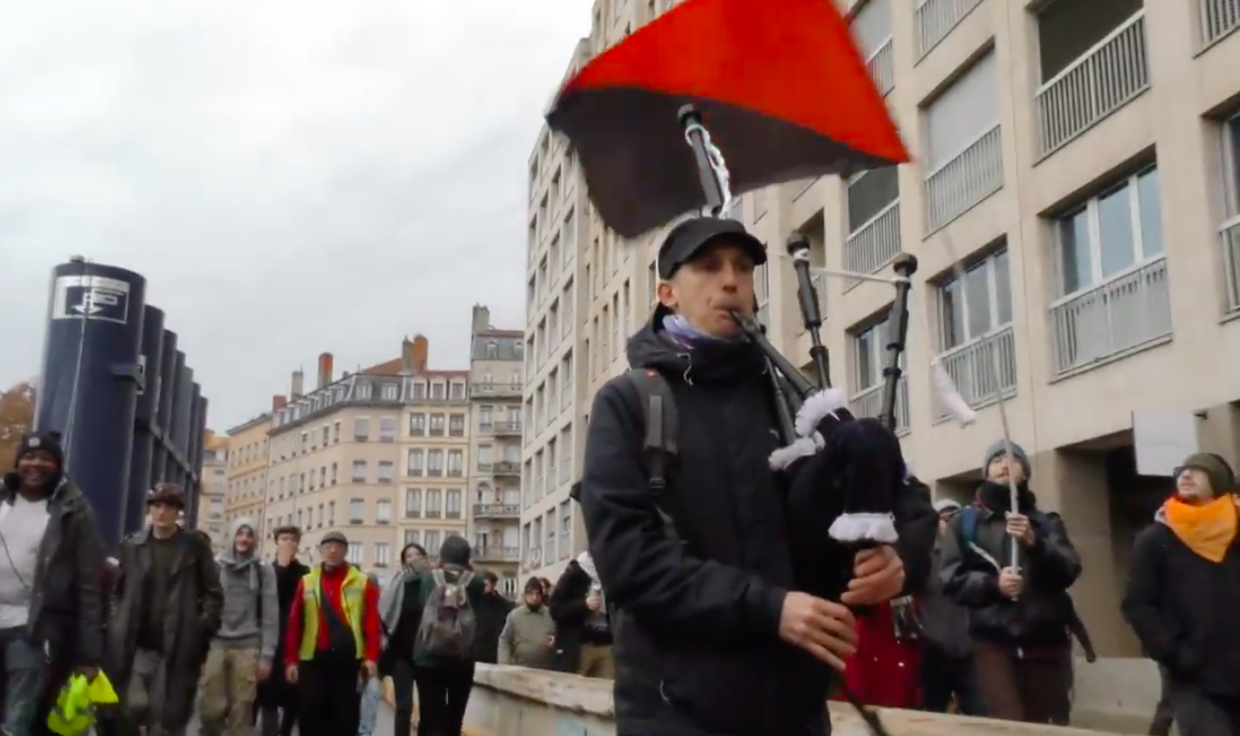 Over 1,700 people were arrested on Saturday as the yellow vest demonstrators continue to protest against President Emmanuel Macron.

One man took a risk when he left his Ford Mustang parked in Paris, complete with a sign inside reading, “I love Macron.” Luckily, his car was left untouched by protesters.

In a more bizarre moment caught on camera, one man was filmed standing on top of a column with a large dummy Macron head, fresh from a ‘guillotine’. He held the head aloft as he danced and dabbed for the crowd below, before throwing the head down to the ground, where protesters kicked it around like a football.

A bakery in Poissy, outside Paris, is both cashing in on the protests and providing sustenance for protesters working up an appetite on the streets, by selling yellow vest-themed cakes.