Yesteday (18.05.2016) morning officers of Polish Internal Security Agency (ABW) searched apartments of the members of national authorities of Party “Zmiana” (“Change”), demanding handing of hard-disks, carriers of information, documents etc. Search took place in three different cities at a same time, and in some cases (as in our Warsaw office) with a serious violation of the procedures and the law. ABW officers beside the requisition of the computers, telephones and hard drives took all our books, leaflets, posters, sound system we used during the demonstration, banners our party flags and even polish national flags – to prevent and complicate any political actions and protests. Some members of our party who did not want to participate in the unlawful activities of the Internal Security Agency (ABW) were intimidated.

We consider this type of action a form of a political repression and the attempt to frighten the circles holding different visions of Polish external, internal and socio-economic policies then those firmed by the Polish neoconservative and pro-american authorities.

The leader of “Zmiana” Mateusz Piskorski, affiliated organizations and independent groups are acting according to the Polish law, in spite of harassment from state institutions, such as prolonging registration procedure of the Party. The action of ABW is a significant breach of law and order, not acceptable in a democratic state which declares respect for the freedom of speech.

Mateusz Piskorski is one of the most important anti-NATO activists in Poland, political expert and a co-founder of  the polish think-tank “European Center for Geopolitical Analysis”. He was a Member of Polish Parliament (2005-2007) and he acts for many years in favor of Euro-continental cooperation and against the NATO and american domination in Europe.

Mateusz Piskorski was arrested and remains in custody on charges of “spying for a foreign country,” with various media sources hysterically spreading the “unconfirmed news” that he was employed by the intelligence services of Russia “and/or” China.

The wide-scale coordinated action against “Zmiana” political party comes on the heels of an increasingly tense political situation in Poland. Several weeks ago, activists from the Communist Party of Poland and the Grunwald Patriotic Workers’ Union were sentenced to “restricted liberty,” including community service, fines, and travel bans for “promoting totalitarianism.” Following these events, just two days before his arrest, Piskorski warned that the Polish government will attempt to “pacify” opposition organizations and individuals in the run-up to the NATO summit to be held in Warsaw on July 8th-9th.

We will not allow ourselves to get silenced or frightened – our actions will always put the Polish cause and the obligation to defend it first. Even, if it does not suit rampant secret services.

If anyone would like to help us in any way please contact us. Taking into account the scale of repression and the limited resources at our disposal, any help would be highly appreciated.

Pictures made during the Internal Security Agency (ABW) operation in the office of Zmiana: 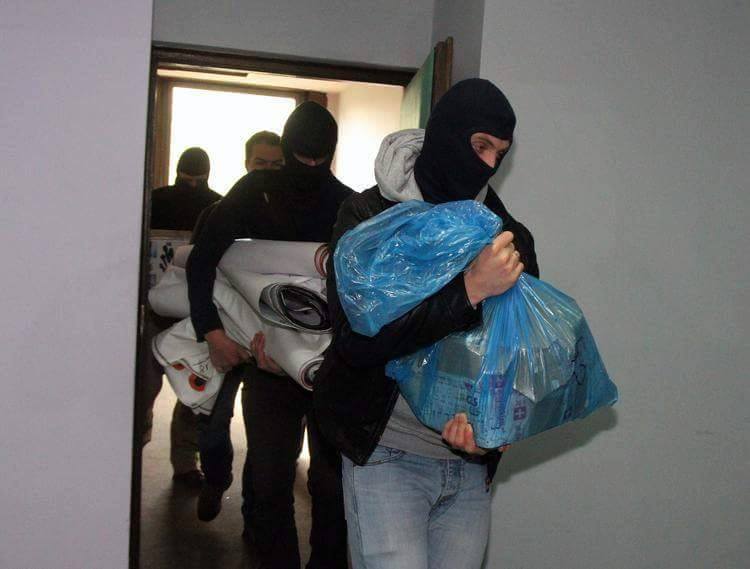 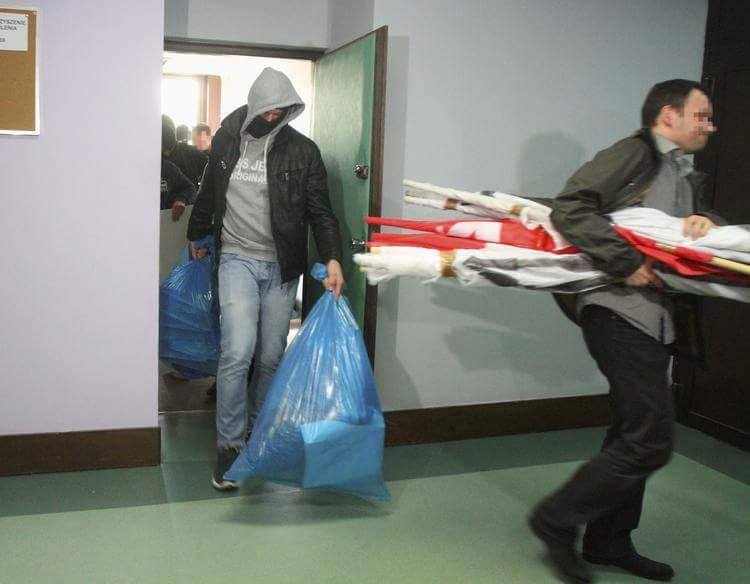 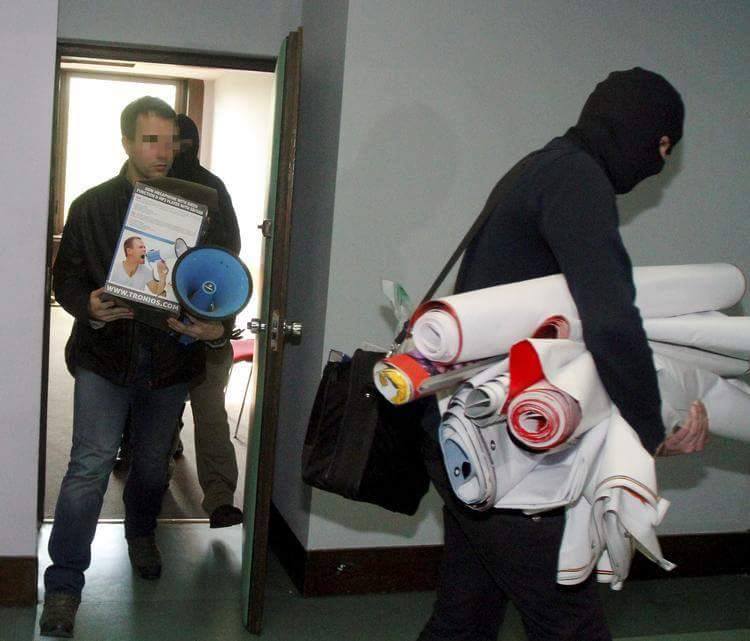