Tuesday, 2 June , 2020
Sign in
Welcome! Log into your account
Forgot your password? Get help
Password recovery
Recover your password
A password will be e-mailed to you.
Defend Democracy Press THE WEBSITE OF THE DELPHI INITIATIVE
According to the Israeli Debka website, in position off the Syrian coast is the nuclear-powered USS Harry S. Truman aircraft carrier – from which the US, UK and France launched their April 14 attack on the Syrian army. The US Navy strike group entered the eastern Mediterranean over last weekend. US task force commander Rear Adm. Eugene Black announced that its arrival “sends a powerful signal to our partners that we are committed to maintaining peace and security in the region and everywhere that there is a threat of terrorism.”
According to Debka the strike group is sending an even more powerful signal to US adversaries: The Trump administration looks with extreme disfavor on the mounting cooperation between Russian, Iranian, Syrian and Hezbollah military forces and their aggressive intent, especially with respect to the US outpost at Al Tanf which controls the point of intersection between the Syrian, Iraqi and Jordanian borders. The US is in general opposed to any military action against the Syrian opposition forces it supports, whether in the north, east or south, or along Syria’s borders with Iraq, Jordan and Israel.
Search Defend Democracy Press 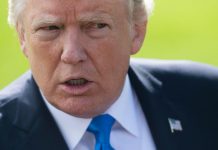 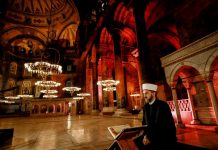 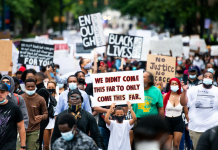 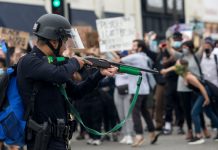 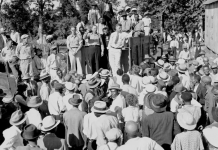 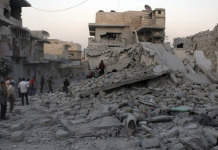