The living memories of Toronto’s August 1918 anti-Greek riots may have faded, but the metropolis’ Greek residents still commemorate the disturbing events of that day, just before the end of WWI, when the world changed forever for Greek-Canadians in the city.

The unrest only ended after scores of injuries and the inflicting of the equivalent of $1 million in damage to the Greek community’s properties. And only after Toronto mayor Tommy Church invoked the Riot Act and military police were called into the streets of Canada’s largest city.

Toula Drimonis, a Montreal-based writer and editor, wrote a story for MacLean’s Magazine recalling the ugliness of that time, when an alcohol-fueled rant turned quickly into an incredibly violent display of hatred against Greek-Canadians which is nearly impossible to imagine today.

The unrest still stands as one of the largest anti-Greek riots — perhaps numbering 50,000 antagonists — to take place anywhere in the world.

It was the first day of August in that sweltering summer when a Canadian Army veteran named Claude Cludernay decided to eat dinner at a restaurant along Yonge Street in the city’s Greektown district. After imbibing one too many drinks, the veteran ended up assaulting a waiter at the White City Cafe. Asked to leave the premises, he did so.

However, word got around to the thousands of veterans attending a meeting of the Great War Veterans Association in the city and somehow, due to intent or a simple misunderstanding, the story was reversed — and from that point on, it was bruited about that it was the Greek waiter who had in fact assaulted the Canadian veteran.

In a city now widely known as “Toronto the Good,” it is perhaps difficult to believe that there ever could have been such animosity toward any ethnic group, especially one that has woven itself into the fabric of the nation as the Greek immigrants have.

However, feelings ran high during the First World War when some nations, such as Greece, stood neutral while the sons of other countries were sent off to a war that was at that time the bloodiest ever fought.

Greece’s King Constantine, believing that the small nation had no choice but to remain neutral, kept his country out of the war until 1916. At that time Greece’s Prime Minister, Eleftherios Venizelos, did in fact bring the country into the conflict on the side of the allies.

But the damage had been done, according to some, who could only remember that the young Greek men who had recently immigrated to Canada had not been packed off to war in 1914, as the native Canadians were. The fact that the neutrality pact Greece had signed also precluded any Greek-Canadians from fighting on behalf of the Crown did not resonate with those who wanted to show the foreigners who was boss that evening in August of 1918.

According to historian Thomas Gallant, the co-author of “The 1918 Anti-Greek Riot in Toronto,” veterans began to gather together in a group. One hour later, as many as 600 men had assembled outside the White City Café, where the putative assault had occurred.

In the documentary “Violent August,” Gallant sets the ugly scene. “A fusillade of rocks and bricks smashed through the windows and doors of the restaurant. The mob then entered inside, destroying every scrap of furniture, every counter, and then looted the kitchen.

“As they told their fellow soldiers: tonight they wanted justice,” the historian recounted. “Tonight,” the men said, “they would go hunting Greeks.” The 600 original men quickly swelled into a rampaging mob numbering 50,000 by some accounts.

Businesses in Toronto’s Greektown were targeted in riot

Every Greek-owned business near the intersection of Bloor and Dufferin, in the city’s old Greektown, fell victim to the rioters, with glass shattering across sidewalks everywhere.

Gallant says in the film, “By 1:20 AM, the mob demolished the Alexandria Café at 748 Queen Street West. Owner Tony Tsarhoof begs police to intervene, but they refuse. The mob hurls him to the ground and he watches as his café is destroyed.”

And the worst part of it all was that the police, the only bulwark to prevent mob justice, refused to intervene in the melee. It is not known who, if anyone, had ordered them to stand down. It was only after the police had begun to face criticism for their inaction, that the mayor called for the curtailing of the destruction.

The authorities were then called in, resulting in a brutal retaliation against the rioters and even indiscriminate violence against some innocent bystanders and veterans.

Although thankfully there were no deaths resulting from the riot, there were many injuries, and Toronto’s old Greektown would not recover from the violence of that night. The Greek immigrants refused to leave their city, however, and somehow were able to regroup, reestablishing new homes and businesses along Danforth Avenue to the east.

Greeks in US also faced discrimination

At the same time, of course, Greek immigrants in the US were also facing severe discrimination in some places, sometimes because they were such good businessmen that they were perceived as taking jobs away from Americans.

In her MacLeans’ Magazine story, Drimonis quotes Fred L. Gifford, Klan Grand Dragon of the Realm of Oregon, as saying in a 1923 speech in Atlanta  “The Klan in the Western States has a great mission of Americanism to perform …the rapid growth of the Japanese population and the great influx of foreign laborers, mostly Greeks, is threatening our American institutions, and Klans in Washington, Oregon and Idaho are actively at work to combat these foreign and un-American influences.”

The organization AHEPA was formed primarily as a way to unite Greek-Americans against the hatred and threats of the KKK. But they quickly became part of the warp and weft of American society, with AHEPA even selling “more than $500 million of U.S. war bonds, more than any organization in America,” Drimonis says, “in part because of its overwhelming desire to be accepted into American society and give back.”

Canadian Greeks have doubtless overcome the blind hatred and bigotry of those times as well, becoming completely and seamlessly integrated into Canadian society as a whole. Census figures for 2011 say that there were 252,960 Canadians with Greek ancestry, with almost half of those individuals living in Ontario, and a quarter in Toronto itself.

Greek-Canadians have risen to the highest positions in society and now, more than one million people visit the Greek community’s “Toronto on the Danforth” festival annually. As Drimonis says, “given time, safety, and the essential instincts of immigrants’ nature, everyone—no matter where you’re from—can become part of our collective landscape.” 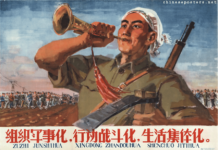 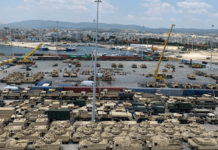