After day of drama, Russian ambassador to US summoned back to Moscow for consultations on future relations with Washington

17 Mar, 2021
Russia’s ambassador to the US, Anatoly Antonov, has been recalled to Moscow for in-person discussions on the country’s ongoing relations with Washington and Joe Biden’s administration, the Foreign Ministry has said.
In a statement announcing the envoy’s recall on Wednesday night, Russian Foreign Ministry spokeswoman Maria Zakharova said the ambassador was needed in Moscow for “consultations to analyze what to do and where to head in the context of the relations with the US.” Representatives of the Foreign Ministry and other relevant agencies will participate in the discussions with Antonov about US relations going forward, she added.
With the Biden team in power for almost two months, it was a good time to analyze “where it succeeds and where it fails,” she added.
Continue reading at www.rt.com

US Will Be Direct With Russia in Areas of Concern, White House Says

by Morgan Artyukhina
Mar.l 17 2021
The White House said a day after a new intelligence report claimed that Moscow attempted to influence the 2020 US presidential elections that the Biden administration would be “straightforward and direct” in US relations with Russia “in areas where we have concerns.”
“As you know, there is an ongoing review and while we have announced the key conclusions from an intelligence community assessment on the poisoning of Alexei Navalny, there is an ongoing review of other areas where we have ongoing concerns,” White House Press Secretary Jen Psaki told reporters.
“At the same time, we have areas where we believe we can work together,” she continued, mentioning the recent five-year renewal of the New Strategic Arms Reduction Treaty (New START) and addressing nuclear proliferation.
Continue reading at sputniknews.com

Mar. 17, 2021
Russia has recalled its Washington ambassador for talks to prevent the “irreversible deterioration” of relations with the US.
The Russian government said Anatoly Antonov had been called back to Moscow as US ties had reached a “blind alley”.
The move came after President Joe Biden said Vladimir Putin would “pay the price” for alleged election meddling.
In an interview with ABC News, Mr Biden confirmed he thought the Russian president was “a killer”.
Mr Biden had been commenting on an American intelligence report that suggested Mr Putin had authorised an interference campaign in last November’s presidential election in the US.
Continue reading at www.bbc.com 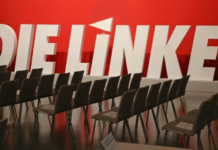 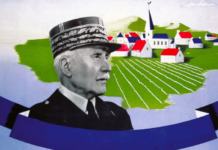 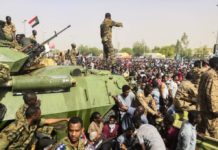