The British government has been at pains to downplay the January 6 coup attempt by outgoing US President Donald Trump, sections of the military intelligence complex and their fascist supporters.

Prime Minister Boris Johnson had to be repeatedly pressed before criticising Trump for encouraging “people to storm the Capitol” and casting “doubt on the outcome of a free and fair election.” Home Secretary Priti Patel said Trump’s failure to “condemn that violence” was “completely wrong”, while Foreign Secretary Dominic Raab referred only to the “shocking events” on Capitol Hill.

In contrast to their muted response to the fascist dangers in the heart of world imperialism, and the command centre of nuclear war, Tory cabinet ministers have focussed on denouncing China as the imminent threat to democratic rights.

On Monday, Johnson used a world environmental summit to denounce Chinese “demented medicine” for the Covid-19 pandemic. The following day, Raab accused China of human rights abuses on an “industrial scale” against Uighur Muslims. Stating that Britain had a “moral duty” to defend democracy, he announced new export controls on British firms and called on the United Nations to lead an investigation into allegations of forced labour.

There is good reason for the British political establishment to divert attention from events in Washington. Like their Republican and Democrat counterparts, they do not want any examination of the fascist conspiracy because they have had a hand in building it up.

For four decades, the US and UK have been in the forefront of a social counter-revolution against the working class that has spanned Tory and Labour, Republican and Democrat administrations. That is why the UK’s ruling elite have been enthusiastic backers of Trump, with Johnson previously calling for Trump to be awarded the Nobel Peace Prize. The Labour Party has been just as muted in its response to the attempted coup, with party leader Sir Keir Starmer also omitting any mention of Trump in his condemnation of the “horrendous scenes” in Washington.

Cross-party support for herd immunity, which has seen Britain record among the highest deaths from COVID-19 per capita, flows from the drive to extract the maximum surplus value from the working class, irrespective of the human cost. Such levels of exploitation and the accompanying social misery are incompatible with democracy. The corollary of this is the ratcheting up of nationalism, militarism, and war in a bid to direct social tensions outwards.

As the WSWS has analysed, the Covid-19 has acted as an accelerant on the accumulated contradictions of global capitalism including exacerbating tensions and conflicts between the imperialist powers and the escalating war threats against Russia and especially China. In its 2020 Fifth Congress resolution, the Socialist Equality Party (UK) explained, “As in the 2003 invasion of Iraq, Britain continues to play the role of an agent provocateur for the US, witnessed in its utilising of the still unexplained Skripal poisonings against Russia and leveraging of its former colonial role in Hong Kong as a catspaw against China. Sooner rather than later, British imperialism will have no choice other than to try and resolve its desperate plight in an explosion of military violence.”

The Trump administration had ramped up the Obama’s administrations “pivot to Asia”, aimed at encircling and menacing China, and this was given renewed urgency by the pandemic. In July, Mike Pompeo, Trump’s Secretary of State, raised the stakes in this reckless and dangerous confrontation, demanding the UK and Europe toe the line and support Washington’s aggressive stance.

Although the major corporations have by no means abandoned their aims of developing economic relations with China, the British government’s public posture is ferociously anti-Chinese and cuts across all such plans. The government had already abandoned its previous talk of establishing a new “golden age” in Beijing-London relations post-Brexit and had banned Huawei from the rollout of the UK’s 5G network in response to US sanctions.

After Pompeo’s remarks, it went further, utilising the crackdown on pro-democracy demonstrations in Hong Kong to declare a “clear and serious breach” of the 1985 UK-China agreement over the terms of the return of the former British colony to Beijing in 1997. Subsequently, the same Conservative administration that framed its support for Brexit on the noxious basis of curbing immigration announced it would extend British residency rights to almost three million of Hong Kong’s citizens.

Read also:
Cyprus Greens, clandestine spraying and the new situation in the US

This has been the precursor for measures, including but by no means limited to, financial sanctions, piloted by right-wing lobby groups and think-tanks such as the Henry Jackson Society, which calls for the UK’s “decoupling” from China, and the newly formed China Research group led by Tory MPs Tom Tugendhat and Neil O’Brien.

In November, the Foreign Affairs Select Committee—chaired by Tugendhat—claimed to have found “alarming evidence” of Chinese interference on UK campuses. A stream of black propaganda followed, alleging “mass infiltration of UK firms by the Chinese Communist Party”, and even lurid tales of “honey traps” by “beautiful Chinese women … feared to be bedding UK officials to steal secrets.” The Huawei ban was brought forward by six years, to September 2021.

This campaign has nothing to do with the democratic rights of the Uighurs or Hong Kong residents. British imperialism has a long and bloody history in China, from the 1839 first Opium War, in which it seized Hong Kong and became a byword for colonial domination, oppression and social misery.

Rather, the calculation is that, whether under Trump or Biden, Washington will continue to step up its anti-China policy and the UK must position itself as a major ally. Labour shares this approach, with Shadow Foreign Secretary Lisa Nandy condemning the government for “going ahead with Chinese investment without regard for [the] consequences for national security for too long.”

The UK is setting itself against not only Beijing but the European Union (EU), especially Germany. In January, the EU struck an investment agreement with China, against Washington’s demands.

Against this, London has become the base of efforts to thwart any bucking of US diktats.

This was underscored by the statement by Nathan Law, one of the leaders of the Hong Kong protests, in the Guardian, December 21, announcing he had filed for political asylum in the UK.

Read also:
COVID-19 may have arrived in Sweden in November: Public health agency

Law is among the many petty-bourgeois opposition figures in Hong Kong whose claim to be concerned with democratic rights is belied by their close relations with Washington. Hostile to the Chinese working class settling accounts with the Stalinist pro-capitalist regime, Law has repeatedly called on the US to intervene against Beijing over its suppression in Hong Kong and met with Pompeo in London in July, directly after the latter’s provocative speech.

In his article, Law warned that Beijing was “building alliances with the EU” so as to position itself as a “an alternative to ‘US unilateralism’…

“In the US, adopting an assertive approach to China and positioning it as one of the country’s greatest enemies is a bipartisan consensus now. This is not the case in the UK and EU; that consensus needs to be built. This is the reason why I boarded a plane destined for London.”

Boris Johnson’s Tory government is reformulating the 1351 Treason Act to criminalise those deemed to have allegiance to a foreign power or organisation, matching similar moves in Australia, and has licensed criminal actions by British forces in its Overseas Operations Bill, on which Labour abstained to allow through.

The dangers are underscored by London’s invite to India, South Korea, and Australia to the G7 summit meeting this year to consolidate the US-led alliance against China. This follows a hiking of UK military spending by an additional £16.5 billion and the deployment of the Royal Navy aircraft carrier, HMS Queen Elizabeth, in the next months to the South China Seas as part of US-Japanese nuclear-armed military exercises. 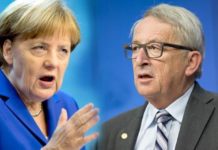 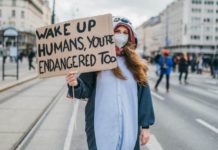 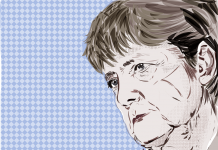 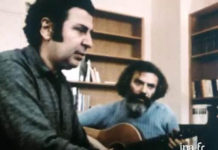 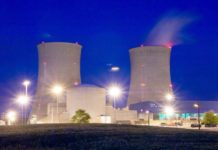 The Record-Breaking Failures of Nuclear Power 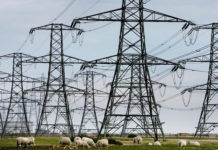