Families are struggling to meet basic needs due to high bread and butter costs, data revealed today as the latest inflation figures ballooned to 7 per cent.

The squeeze on households tightened last month as rapidly rising food and fuel prices sent inflation to another 30-year high, even before a massive increase in energy bills.

The Office for National Statistics (ONS) reported that Consumer Prices Index (CPI) inflation rose 7 per cent in the year to March, up from 6.2 per cent in February.

It was once again the highest rate since March 1992, when inflation stood at 7.1 per cent.

The cost of daily bread for a family also increased by 2.3 per cent and is now 5.5 per cent more expensive than it was a year ago, according to the ONS.

The price of clothes and shoes rose by 9.8 per cent while oils and fats for food increased by 7.2 per cent – adding to a more than 18 per cent rise over the last year.

Fresh milk costs rose by 1.7 per cent and is now 13.2 per cent more expensive than a year ago.

March’s inflation does not consider the average 54 per cent hike in energy bills, which was applied to around 22 million households two weeks ago.

This will not appear in CPI figures until next month, when April’s data is expected to show another jump, further highlighting the worsening squeeze on ordinary people.

The Bank of England has predicted that inflation could peak at around 8 per cent in April as the new energy prices are factored in.

Read also:
Free Movement of Labour and Brexit: Reclaiming National Sovereignty or a Victory for Xenophobia?

Joanna Elson of Money Advice Trust said that many households are already buckling under rising costs.

“One in eight UK adults say they have already gone without heating, water or electricity in the last three months,” the charity’s chief executive said.

“Urgent action is needed to prevent more people facing impossible choices trying to meet basic needs, and at risk of an increasing burden of debt.”

TUC general secretary Frances O’Grady hit out at Chancellor Rishi Sunak for having “done almost nothing” to help families, but instead “making the crisis worse” by holding down pay in the public sector and cutting universal credit.

She called for an emergency budget to help with surging energy bills and for rises to wages.

He said: “Labour has a plan to cut energy bills through a one-off windfall tax on oil and gas producer profits.”

The SNP accused the Tories of failing to protect families over the cost-of-living crisis, with its shadow chancellor Alison Thewliss calling for an uplift in benefits and the national minimum wage to reflect rising costs and pressures.

She repeated her calls for a reversal to universal credit cuts and demanded the Tories turn their energy support loan into a more generous grant.

The Glasgow Central MP said: “The reality is that the Prime Minister and Chancellor are too distracted by scandals to get on with the day job of protecting people’s incomes and livelihoods.

“Of course, it won’t be people like Rishi Sunak and Boris Johnson who are burdened by this crisis, rather ordinary households for whom slow wage growth and a complete lack of UK government support is preventing them from making ends meet.” 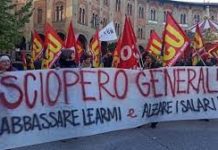