The terrorist who now leads Islamic State was once a prisoner of the US military and provided his captors with extensive intelligence before being let go, declassified reports show.

Abu Ibrahim al-Hashemi al-Qurashi was appointed head of the so-called caliphate in October 2019, following the death of the terror group’s previous leader, Abu Bakr al-Baghdadi, in a US raid in Syria.

Far from being a shadowy mystery, al-Qurashi is well-known to US counterterrorism officials – because he was once a prisoner of US-led coalition forces operating in Iraq.

Amir Muhammad Sa’id Abdal Rahman al-Mawla – his given name – was captured in late 2007 or early 2008 and subjected to dozens of interrogations by US military officials. At the time he was a mid-level official within the Islamic State of Iraq, which later became Islamic State (IS, formerly known as ISIS). 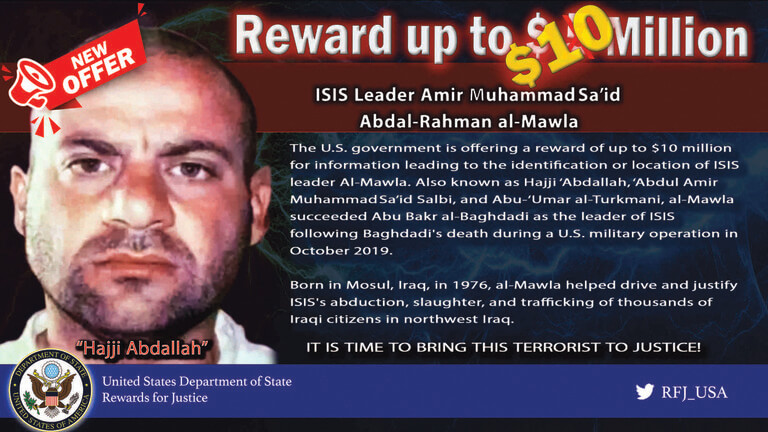 While the US military had previously disclosed that al-Mawla had been a detainee, a tranche of recently released interrogation reports shed new light on his time in US custody.

The documents show the Iraqi man as eager to provide information to his captors.

“Detainee seems to be more cooperative with every session,” one of the reports read, referring to al-Mawla, adding that he was “providing a lot of information” about his associates in the terror group.

He seemed particularly willing to divulge details about his rivals in the organizations. For example, he drew maps of the compound used by Islamic State’s second-in-command, and also provided the name of the terrorist’s personal courier. US forces later killed the senior IS commander in a raid in the Iraqi city of Mosul in 2008.

Read also:
The First Casualty of the Cold War: Journalist Kati Marton on the Polk Conspiracy

Al-Mawla also divulged the location of the secret headquarters of the terror groups’ media wing, and assisted with artists’ sketches of high-priority suspects. He even identified restaurants that his fellow IS members frequented.

It’s not clear when the future IS leader was released from custody, but the last interrogation reports mentioning him are dated July 2008. By then Mawla had stopped being cooperative, and documents from the time suggest that he had been led to believe that he would be rewarded for helping his captors.

Like his predecessor, al-Qurashi has been hard to track down. Unconfirmed reports emerged last year that he had been nabbed by Iraqi intelligence officers, but it appears that the high-value target is still on the run.