While Donald Trump fired all U.S. ambassadors who had been directly appointed by his predecessor, Barack Obama, on the day he was inaugurated, the new president has nominated only 11 ambassadors after more than four months in office. There are nearly 190 ambassadorships.

Now one Obama administration holdover who remained in her post — a diplomat, not a political appointee — is publicly breaking with the president and signaling her frustration with Trump’s recent rush to take credit for the breakdown of relations between several Middle East nations.

Saudi Arabia, the United Arab Emirates, Yemen, Bahrain and Egypt on Monday recalled their ambassadors from Qatar and closed all land, sea and air borders to the U.S.’s main military base in the Middle East. The state-run Saudi Press Agency said the move was being taken to protect “national security from the dangers of terrorism and extremism” and accused Qatar of supporting ISIS, al-Qaeda and the Muslim Brotherhood.

The great unravelling: ‘I never thought I’d live to see the... 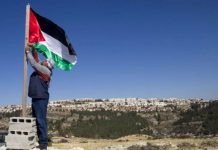 Normalization and the illusion of great Israel 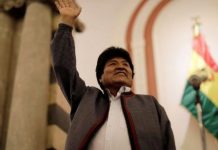