With the inauguration of President-elect Donald Trump only days away, the Obama administration announced on Thursday a vast expansion of the spying power of American intelligence agencies. Under the new rules, the National Security Agency (NSA) can now share raw bulk data consisting of private communications with 16 other intelligence agencies, including the FBI and the Department of Homeland Security.

In response to the recent rules set forward by the Obama administration, NSA Whistleblower Edward Snowden Tweeted on Thursday, “As he hands the White House to Trump, Obama just unchained NSA from basic limits on passing raw intercepts to others.”

Previously, NSA analysts were required to sift out information they judged irrelevant and withhold the names of individuals deemed innocent before passing along information to other agencies. Attorney General Loretta E. Lynch signed the new rules, which grants multiple agencies access to “raw signals intelligence information,” on January 3. The director of national intelligence, James R. Clapper Jr., approved the measure on December 15, 2016.

Executive Order 12333, enacted into law by the Ronald Reagan administration and then expanded by the George W. Bush administration, serves as the quasi-legal basis for much of the NSA’s vast surveillance dragnet. Through it, the NSA gathers information from around the world via phone and internet servers and connections, from sites such as Google, and consumes entire phone call records from whole countries and monitors satellite transmissions.

In 2014, The Intercept disclosed that the NSA used Order 12333 to search over 850 billion phone and internet records and amass raw, unfiltered information on the activities of millions of American citizens.

In an attempt to present some kind of checks and balances to its new sharing capacities, according to the New York Times, the NSA will only grant agencies access to information “it deems reasonable after considering factors like whether large amounts of Americans’ private information might be included and, if so, how damaging or embarrassing it would be if that information were ‘improperly used or disclosed.’”

This will do nothing. Given that the personal information of millions upon millions of people has already been amassed and carefully combed through by the NSA and other intelligence agencies, it is unlikely any agency will be denied access.

In short, raw data previously investigated by the NSA will be thrown open to 16 other agencies, with entire personal information of millions of people exposed to and combed through by the CIA, FBI, and other agencies.

Perhaps most significant, under the new rules, any incriminating information of American citizens will be sent to the Justice Department, setting forth a wave of possible new accusations and investigations for thousands of people, if not more.

Read also:
Toe the line or go to jail: Tulsi Gabbard says Assange arrest is a message to Americans

The Obama administration has sought to downplay the significant dangers of the new rules. Robert S. Litt, the general counsel to Clapper, stated, “This is not expanding the substantive ability of law enforcement to get access to signals intelligence. It is simply widening the aperture for a larger number of analysts, who will be bound by the existing rules.”

In reality, this is another step in the attack against democratic rights and a turn towards more authoritarian forms of rule, which has characterized the legacy of outgoing president Barack Obama.

During the last eight years, Obama has not only continued the illegal spying on billions of people around the world, but has dramatically increased it.

In May 2011, Obama signed three provisions of the widely-hated USA Patriot Act. Under the new provisions, spy agencies were granted access to using “roving wiretaps,” the authorization to intercept all communications of suspects; unlimited access to business, purchases, and travel records of suspects; and the surveillance of individuals with no suspected connections to foreign organizations.

In July 2013, Obama renewed the Foreign Intelligence Surveillance Act (FISA), which forces US telecommunications companies to turn over bulk telephone records to spy agencies. The FISA act was used by the George W. Bush administration to warrantlessly wiretap millions of people.

The revelations of whistleblower Edward Snowden showed the NSA had, under the Obama administration, illegally collected phone records from over 120 million Verizon customers. Snowden also revealed the existence of the massive surveillance program known as PRISM, which collected the e-mails, phone calls, text and video chats from Microsoft, Google, Facebook, Yahoo, Apple and other tech giants of both foreigners and Americans.

In the aftermath of Snowden’s revelations, the Obama White House crafted an NSA “reform” package, based on recommendations by a panel representing the spy agencies themselves, that further institutionalized the NSA’s illegal domestic spying operations, while putting in place stringent security measures to prevent disclosures of its crimes.

The Obama Administration has prosecuted more whistle-blowers than any presidency in American history, and has viciously victimized those who sought to expose this program, imprisoning Chelsea Manning and forcing Julian Assange to seek refuge in the Ecuadorian embassy in London and Edward Snowden to go into hiding in Russia.

Throughout his term, Obama worked to defend and facilitate the crimes of the intelligence agencies, working with the CIA to suppress the revelations of the Senate’s report on torture under the Bush Administration and shielding the architects of the torture program from prosecution.

The complete cynicism and hypocrisy of Obama was on full display during his farewell speech in Chicago on Tuesday. Touting himself as a champion of American democracy, he neglected to mention the mass state spying apparatus which he has expanded and prepared for Donald Trump. 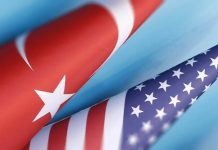 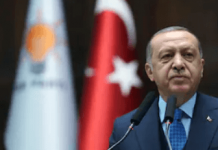 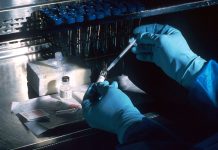