ADDIS ABABA / GENEVA (15 July 2015) – The United Nations Independent Expert on foreign debt and human rights, Juan Pablo Bohoslavsky, today urged the European institutions, the International Monetary Fund and the Greek Government to fully assess the impact on human rights of possible new austerity measures to ensure that they do not come as a cost to human rights.

“I am seriously concerned about voices saying that Greece is in a humanitarian crisis, with shortages in medicines and food,” Mr. Bohoslavsky said from Addis Ababa, Ethiopia, where he is currently participating in the Third International Conference on Financing for Development.

“I hope that the deal struck this week in Brussels will avoid a larger crisis in Greece,” the expert said. “However, further adjustment policies should respect the human rights obligations that are binding not only for the Government of Greece, but as well for the creditor countries and lending institutions. There is real legal risk that some of the harsh austerity measures could be incompatible with European and international human rights law.”

“Priority should be to ensure that everybody in Greece has access to core minimum levels of economic, social and cultural rights, including the right to health care, food and social security,” he added.

The human rights expert said there is a need to integrate social and distributional aspects in debt sustainability analysis to make fully informed decisions before new austerity measures are adopted.

“A debt service burden that may be sustainable from a narrow financial perspective may not be viable at all if one considers the comprehensive concept of sustainable development, which includes the protection of the environment, human rights and social development,” he noted.

Read also:
Politics and Spirit: the Battle for Balkan Minds

“Greece seems to be already in a situation in which insolvency and illiquidity are indistinguishable. As the International Monetary Fund has noted on Tuesday this week, debt relief in the form of a haircut would have been the better choice to bring Greece’s debt back to sustainability. It would also reduce Greece’s unhealthy dependence on creditor institutions and reflect the principle of co-responsibility in the built-up of the public debt of Greece,” the Independent Expert argued.

Mr. Bohoslavsky stressed that interim financing for banks is now most urgently needed to ensure that the businesses can continue their economic activities. “However, I urge all parties, including the ECB, to be particularly careful when deciding on emergency credits to Greek banks, given the deep and irreversible political and social processes that a banking collapse could trigger in the country and the region,” he underlined.

“This is in particular important if such decisions are made on emergency credits immediately before referenda or parliamentary decisions to accept or refuse a bailout and adjustment programme,” Mr. Bohoslavsky said.

The expert noted that events before and after the referendum have shown that the democratic assertion that put into question austerity policies produced little positive response from official creditors.

“If this people’s democratic pronouncement becomes almost irrelevant, there is obviously a great challenge in Europe on how the democratic dialogue integrates national, regional and financial interests at stake when negotiating debt agreements without compromising human rights,” he stated.

The Independent Expert has been invited by the Government of Greece to undertake an official country visit from 30 November to 7 December 2015. He is also planning to visit Brussels to meet representatives from European institutions, the IMF and main creditor countries.

Read also:
Mama Mia. After the Germans, now Americans want to save Greece!

Mr. Juan Pablo Bohoslavsky (Argentina) was appointed as Independent Expert on the effects of foreign debt and human rights by the UN Human Rights Council on 8 May 2014. Before, he worked as a Sovereign Debt Expert for the United Nations Conference on Trade and Development (UNCTAD) where he coordinated an Expert Group on Responsible Sovereign Lending and Borrowing. Learn more, log on to: http://www.ohchr.org/EN/Issues/Development/IEDebt/Pages/IEDebtIndex.aspx

The Independent Experts are part of what is known as the Special Procedures of the Human Rights Council. Special Procedures, the largest body of independent experts in the UN Human Rights system, is the general name of the Council’s independent fact-finding and monitoring mechanisms that address either specific country situations or thematic issues in all parts of the world. Special Procedures’ experts work on a voluntary basis; they are not UN staff and do not receive a salary for their work. They are independent from any government or organization and serve in their individual capacity. 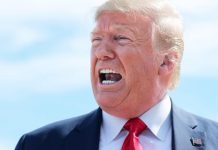 Worse than Hitler. In the midst of the pandemic, Trump launches... 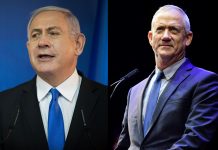 Israel: The King of War remains in power. Wait for the... 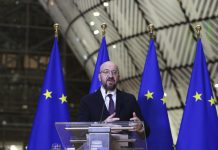 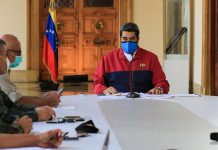 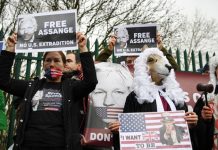 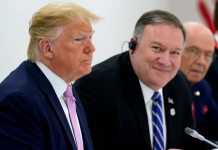 G7 countries fail to deliver a joint statement because US insists...