Ukrainian President Volodymyr Zelensky came to power claiming that he will put an end to the violence in eastern Ukraine find a peaceful solution to the conflict. Nonetheless, the practice shows that the current situation on the frontline between Kiev forces and the Donetsk and Lugansk People’s Republics (LPR, DPR) is not much better than during the Poroshenko presidency.

Pro-Kiev forces regularly violate the ceasefire regime with the LPR and the DPR, as well as continue attempts to peneterate the frontline and conduct sabotage missions in the breakaway republics. The most recent incident of  this kind  happened on July 14 when 2 Ukrainian fighers died and another one received injures in a failed attempt to enter the territory controlled by DPR self-defense forces near the village of Zaitsevo. The sabotage and reconnaissance unit tried to attack positions of DPR forces but blew up on landmines in the area.

The POV video of one of pro-Kiev fighters:

The group prepares for an attack:

According to DPR sources, one of the killed ‘Ukrainian fighters’ appeared to be a citizen of Estonia, Mikola Ilin. 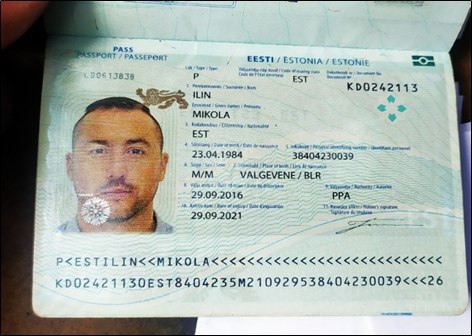 Another killed ‘fighter for democracy’ was identified by the DPR as a US citizen, Shon Fuller. However, the Ukrainian military denies this claiming that the reports about the death of the US citizen are not true. According to the Kiev side, the second killed attacker was Dmitry Kraznogrud, the commander of the 35th Marine Brigade.

Later, the Ukrainian Defense Ministry also confirmed the death of another soldier – Dmitry Chumachenko, a Ukrainian citizen – near the village of Slavnoe.

The unwilligness (or inability) of Zelensky to move forward towards the peaceful solution of the conflict in the east, the public flirt of his administration with neo-Nazi groups formed and strengthened since 2014, the raging street violence (often conducted by Nazis), political censorship, the deteriorating social and economic situation are the sad reality of Zelensky’s Ukraine. In this light, he’s no different to Poroshenko. These factors and the people’s disenchantment with the ‘new Ukrainian leader’ are the main reasons of the rapidly falling popularity of Zelensky and his government.

This situation allowed former Ukrainian President Petro Poroshenko and his circle to start regaining their influence across the country and on the highest level of the current Ukrainian leadership. Just recently, it was publicly revealed that Poroshenko-era top officials involved in the prepearation of terrorist attacks in Crimea are appointed by Zelensky on top positions.

The Poroshenko team is currently mobilizing all of its existing assets, including Nazi-linked armed groups and the influence on the so-called ‘independent church’ of Ukraine, preparing a new push to regain the initiative in the ongoing political game. An interesting fact is that this approach of one of the architects of the ‘independent’ Orthodox Church of Ukraine (OCU) caused a further split within the organization, which is already passing through hard times. The Poroshenko group is reportedly not happy with the current passive position of the OCU head Metropolitan Epiphanius. So, it has been promoting a ‘more active leader’ for the organization – Metropolitan Symeon (Volodymyr Shostatsky). Poroshenko and the part of the US Democratic Party elites that support his plan apparently do not expect the new OCU leader will overcome the neverending crisis, in which the OCU operates. Rather, they expect that it will become more active on the political scene and express more support to actions of neo-Nazi groups that in fact dominate in the Ukrainian street politics. Thus, racial and religious hatred will be once again weaponized in the internal political struggle in Ukraine. Ukrainian citizens will once again became a target of the propaganda campaign instigating social tensions and violence for political purposes.

The goals of Poroshenko and his allies are apparent. They want to secure the financial gains, businesses and other assets obtained during the years of looting of Ukraine. The New Looters hiding behind the brand of ‘young democrat’ Zelensky are slavering over these funds and assets seeking to seize them by themselves. The economy in Ukraine is in tatters. So, redivision of the existing resources using the security and administrative apparatus is a logical step. As to multiple neo-Nazi ‘patriotic groups’ and pseudo-church structures create since the 2014 coup, they act as contractors for internal and external power groups increasing the wealth of their leaders.

With Netanyahu on phone, elated Trump predicts ‘one unified family’ in...