LEADING Labour left groups called for a unified grassroots coalition today by launching a new initiative to unite the groups working to preserve the gains of the Jeremy Corbyn era.

The campaign, called “Don’t Leave, Organise,” led by Jewish Voice for Labour (JVL), Red Labour and the Labour Representation Committee (LRC), is aiming to build a movement to contest the Tory government during the Covid-19 crisis and beyond.

Following the disappointment of the December general election, the groups said that they have been working together to promote a unified response.

The organisations said in a joint statement: “This is just the start – one piece of a much bigger jigsaw.

“Any genuine coalition of the left should include both traditional established organisations and emerging new groupings.”

JVL’s Naomi Wimborne-Idrissi told the Star that the call was a response to “the evident need for unity given the setbacks the left has faced” including the leadership, deputy and NEC elections.

She said: “We need to continue the work of defending Jeremy Corbyn’s legacy especially, for JVL, from the weaponisation of anti-semitism which — as we’ve now seen from the internal party report leaked on Sunday — was a conscious strategy of the enemy within.

“The answer, we believe, is broad unity at grassroots level in order to rebuild a vibrant left movement responsive to the needs of the many across the nation.”

Ms Wimborne-Idrissi said that the launch of the network “could hardly be more timely” given the outrage among party members at the revelations in the leaked report.

“People have had enough of elements in the party showing contempt for the membership,” she added. “I think they’ve also had enough of individual groups claiming to represent the entire left.

“The new network is for everyone who supports basic socialist principles of social justice, international solidarity and opposition to racism and all forms of bigotry, regardless of the many and varied organisations they may be part of.”

Red Labour’s Ben Sellers said that during his involvement with the group for nearly a decade, he had seen “real high and low points” in the organisation of the left.

He said: “Corbyn’s leadership was massively inspiring, but what the last six months have taught us is that some of the foundations weren’t strong enough.

“To me, that’s exactly what this project is about, about linking up across regions, across sections of the left and the tradeunion movement, to put those building blocks in place.”

Ms Pidcock said: “There is a major reconstruction task to be done to strengthen and reconnect the Labour left.

“This new, national network offers us a space to organise, educate and debate.” 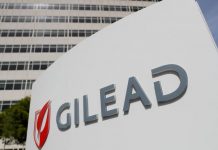