Labour MP Jo Cox has died after being shot and stabbed outside her weekly advice surgery in West Yorkshire. A 52-year-old man is being held by police. 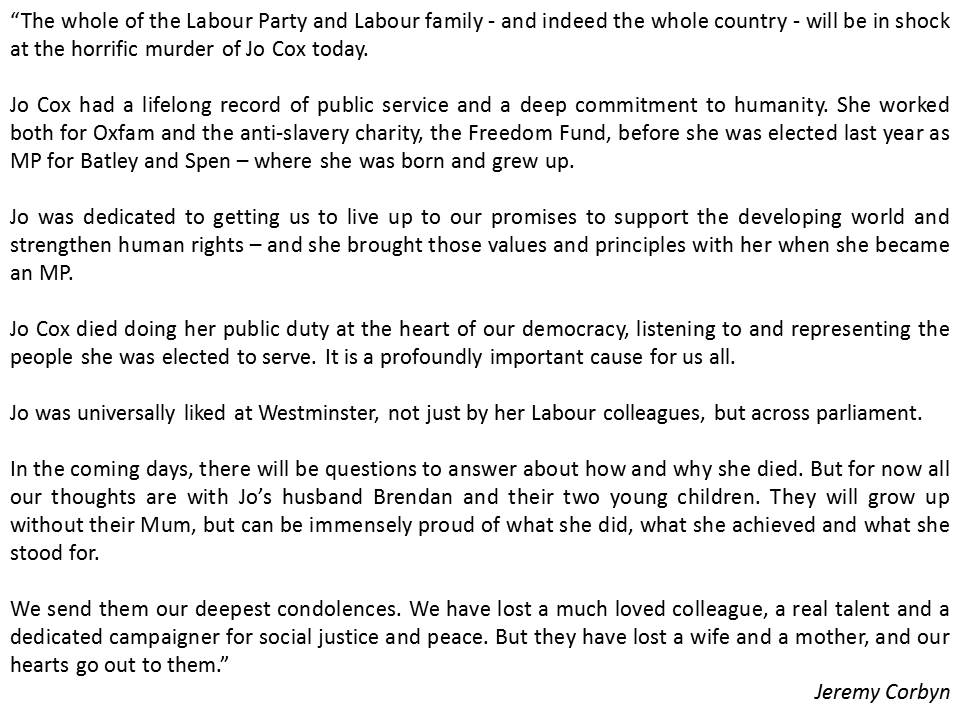 Jo Cox, Member of British Parliament, Is Killed in Attack