On April 27, the United Kingdom put out a medical alert over a small rise in cases of critically ill children with COVID-19. They had developed a multi-system inflammatory disease that had features similar to toxic shock syndrome and Kawasaki Disease. A week later, New York City followed with an alert delivered on May 4, reporting on 15 pediatric cases, ranging in age from 2 to 15, hospitalized at various hospitals in the city. The syndrome has now been named “Pediatric Multi-system Inflammatory Syndrome.”

An international conference was convened on Zoom and coordinated by Jeffrey Burns, MD, MPH, chief of Critical Care Medicine at Boston Children’s Hospital, to review records and discuss these cases. Experts included pediatric intensivists, cardiologists, rheumatologists, and infectious and Kawasaki disease specialists, who drew up best practice guidelines for clinicians and outlined research questions for future work. At best, they speculated that the syndrome might be an acquired immune response in genetically susceptible children. 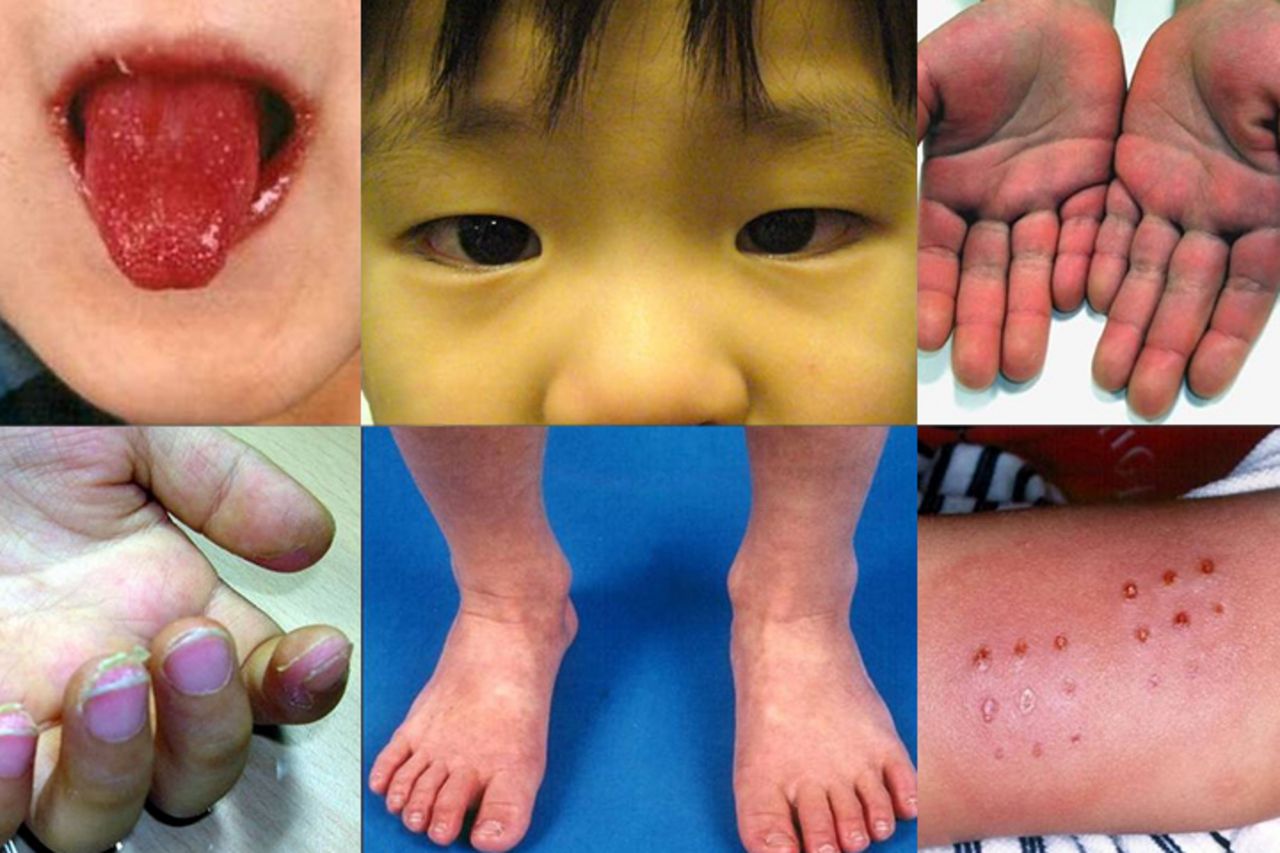 All the pediatric cases were temporally related to a COVID-19 infection that was marked by persistent fevers characterized by single organ or multi-organ dysfunction. These cases were unique in that infection with the virus preceded the symptomatic manifestation of the disease by four to six weeks when the virus was no longer detectable on nasal swabs. Given that the pandemic first really took hold in the United States in the latter half of March, it remains to be seen if the cases presenting now suggest the beginning of an insidious and dangerous impact in children infected with COVID-19.

The basis of the April 27 alert was the report published in The Lancet, titled “Hyperinflammatory shock in children during the COVID-19 pandemic,” and focused on a case cluster of eight children who presented with the symptoms of inflammatory shock and Kawasaki-like disease. All the children had tested negative on PCR and bronchoscope lavage, where washings are obtained from the airways and tested for SARS-CoV-2. They also tested negative for any viral infections. Cardiac ultrasound evaluation revealed abnormal findings in the coronary vessels of the heart. One child progressed to developing an aneurysm in these vessels a week after discharge.

The authors concluded their report by highlighting that Evelina London Children’s Hospital pediatric ICU had treated 20 children with similar clinical presentations. The first 10 children had tested positive for the coronavirus antibody.

Some of those affected presented with some or all the features that are seen in a rare and unusual inflammatory condition called Kawasaki disease, named after the physician who first described the constellation of symptoms back in the 1960s. These include fever, rash, conjunctivitis, swollen hands, and red, cracked lips. Some cases lead to enlargement or aneurysms of the coronary arteries, vessels that provide the heart with oxygenated blood. Laboratory findings indicate the victims have an exaggerated systemic immune response, similar to cytokine storms that have caused organ damage in adults with COVID-19.

Additional findings include coagulopathies, which are a propensity to form blood clots. The heart functions poorly. The patients have diarrhea, severe abdominal pain, and some develop kidney injury. However, primary respiratory symptoms were not always the main feature of the syndrome.

According to a report posted by Boston’s Children’s Hospital on May 8, “The U.S. cases to date have been mainly in East Coast cities, with some in the Midwest and South. Of note, an uptick has not been observed on the West Coast, or in Japan and Korea, where a different strain of SARS-CoV-2 is believed to predominate.”

Until these recent reports began to surface in UK and New York hospitals, most clinicians and health officials underscored the fact that children, for the most part, emerge unscathed by the infection with limited capacity to infect. Many reactionary political pundits vociferously cited these remarks as guidance for opening schools or age-based lifting of restrictions and return-to-work policies.

The CDC published clinical outcomes on April 2 based on limited data from China that suggested pediatric COVID-19 cases might be less severe than adult cases. The agency also cited data from 149,760 laboratory-confirmed cases in the United States, noting that individuals under the age of 18 made up approximately 1.7 percent of all COVID-19 cases. Among pediatric cases, 73 percent had symptoms of fever, cough, or shortness of breath compared to 93 percent of adults. Pediatric hospitalization rates range from 5.7 to 20 percent, including 0.6 to 2.0 percent who were admitted to an ICU. By comparison, 10 to 33 percent of adults aged 18-64 were hospitalized, including 1.4 to 4.5 percent admitted to the ICU.

Dr. Adam Ratner, director of pediatric infectious disease at New York University School of Medicine, told the New York Times, “The idea that children either don’t get COVID-19 or have a really mild disease is an oversimplification. It’s true and comforting that there have been fewer cases detected in children, and that the case fatality rate is much lower in children than in adults, especially older adults, but we have had some extremely sick children.” Some have died.

In an interesting report published in the journal Science, the authors noted that while children may have lower infection rates, they have three times as many contacts as adults, negating the differences. Another German study of 3,712 COVID-19 patients, analyzing the relationship between viral load and age, found no significant difference between any pair of age categories, including children. They concluded that viral load in children does not differ from that in infected adults. These findings will need to be seriously considered as clinicians and researchers continue to discover that their hypotheses and opinions frequently run counter to their clinical observations.

The literature on the severe manifestations of COVID-19 in pediatric patients is sparse. In a study published on May 11 in JAMA Pediatrics, the authors attempted to characterize these findings. Forty-eight children with COVID-19 admitted to North American pediatric ICUs were followed in the period from March 14 to April 10. Most admissions lasted approximately one week. Forty patients (83 percent) had significant preexisting conditions. Half of the children had complex developmental disorders such as cerebral palsy, permanent tracheostomies or feeding tubes, or difficulty walking. Some had cancer and suppressed immune systems from organ transplants or immune disorders.

Three-quarters had respiratory symptoms, and 18 (38 percent) of the children required invasive ventilation. One-quarter were noted to be in multi-organ failure. At the end of the observation period of the study, two patients (4 percent) had died. One was 12 and the other 17 years of age. By comparison, adults with COVID-19 admitted to ICUs have fatality rates in the range of 50 to 62 percent. Fifteen of these children were still in the hospital after the study concluded. Three of them remained on ventilator support.

In a seemingly prescient study published in October of 2018 in Frontiers in Pediatrics, Dr. Anne Rowley and Dr. Stanford Shulman of Northwestern University, wrote, “Epidemiologic and clinical features of Kawasaki Disease strongly support an infectious etiology.” Though the disease is most prominently recognized in Japan, Korea and Taiwan, reflecting a genetic susceptibility among Asian populations, the younger age distribution, and primarily winter-spring seasonality when there have been “well-documented Japanese epidemics with wave-like spread” suggests an infectious trigger that leads to the development of Kawasaki Disease. Autopsies revealed the upregulation of cytotoxic T-cells, further substantiating their theory. Based on their findings, they postulated that the pathogen involves an RNA virus in which the coronavirus is one.

On Monday, New York state health officials reported that the number of children affected by Pediatric Multi-system Inflammatory Syndrome has now possibly risen to 100 as they continue their investigations. Governor Andrew Cuomo also said that there had been two additional deaths. If confirmed, that would raise the total to five children who have died from complications of this manifestation.