A startling resemblance and an extremely powerful symbolic analogy

This prophetic remark – which has been verified several times during the previous years – was published on the Austrian Newspaper Der Standard on the 8th of June 2012, under the title: “Eurokrise und Physiognomie: Post aus Griechenland”. The photo montage   compares Mr. Schäuble with the monk Jorge, of the film “The Name of the Rose”, based on the homonym novel of Umberto Eco. The photo montage is made by the Austrian Newspaper. 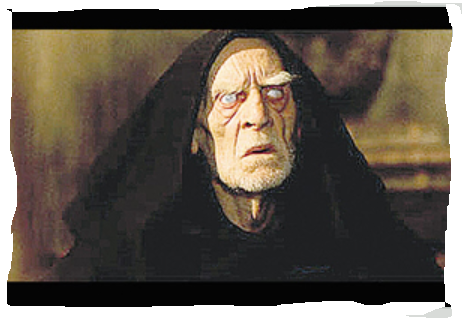 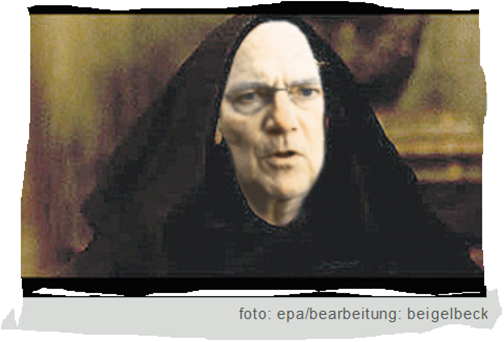 A stunning similarity of  facial features: The tsar  of  German economy (finance minister) Wolfgang Schäuble  looks exactly the same as the fanatic conservative monk and ruthless chief conspirator Jorge de Burgos in the film entitled “The Name of the Rose”  (1986), which was based on and named after the superb novel by Umberto Eco. The film was directed by Jean-Jacues Annaud and the selection of 78-year-old (at the time)  Feodor Chaliapin  to act as the fanatic conservative monk (Venerable Jorge de Burgos), is amazing! Jorge, the fanatic monk is the spitting image of the German Minister of Finance, Schäuble!

This striking resemblance of faces leads us by association to the creepy extension of  the political and ideological symbolisms which can be traced in the film but mainly in Umberto Eco’s book: Jorge, the fanatic monk, in his attempt to protect – as he believes-  his monastery and the orthodoxy of its doctrine from the “contamination” of  an open-hearted outlook on life and of  laughter as a weapon that ordinary people may have against various forms of authority – a stance taught in a lost book by Aristotle -, conceives and “sets up” a murderous trap for those “naughty” ones who may  attempt to gain access to that forbidden knowledge . He ends up setting the huge, old monastery library on fire, thus destroying a rare legacy for all mankind. The bonfire eventually burns down the entire monastery, himself included. Could it be that the contemporary fanatic monk of central bankers, Jorge – Schäuble, in his attempt to protect the orthodoxy of his own doctrine as well as the extreme interests of Germany, might resort to a murderous trap and fire targeting Greece, yet eventually causing an uncontrollable blaze throughout Europe, which will evidently bring his own home country to ashes? 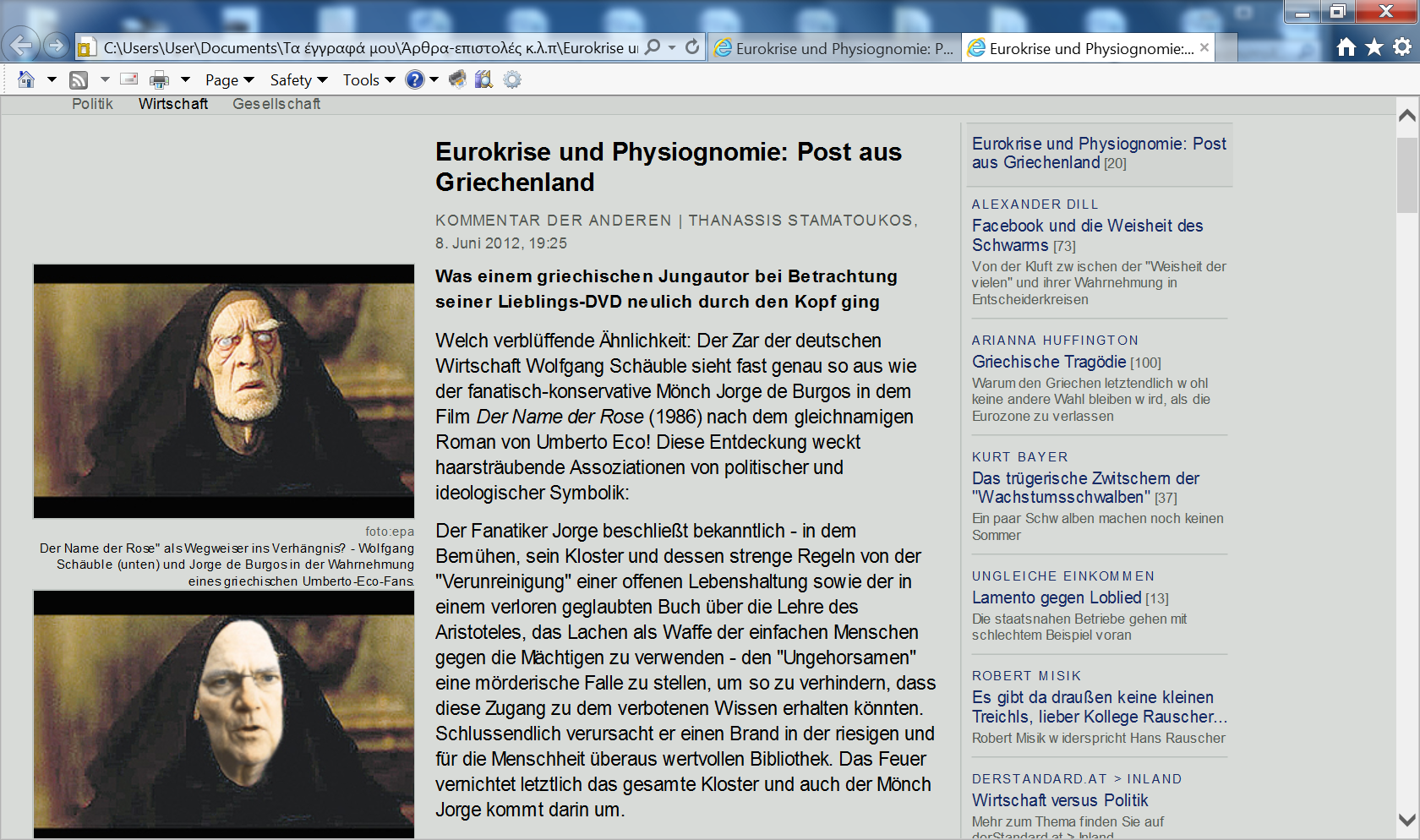