Israeli soldiers who killed a Palestinian suspected of planting explosives near a border fence didn’t even try to remove his body manually, using a bulldozer instead. The bone-chilling action raised the ire of locals.

The suspected attacker was shot dead earlier on Sunday close to a border fence on the southern edge of the Gaza Strip. The Israeli Defense Forces (IDF) lauded the news, embedding a video of the man and his accomplice setting up what appears to be an explosive device.

“Not the first. Not the second. But the third time these Islamic Jihad terrorists in Gaza attempted to plant explosives along Israel’s security fence. We ensured this was their last,” the military tweeted.

Clashes like this do take place frequently on the frontier, but what happened next does not. 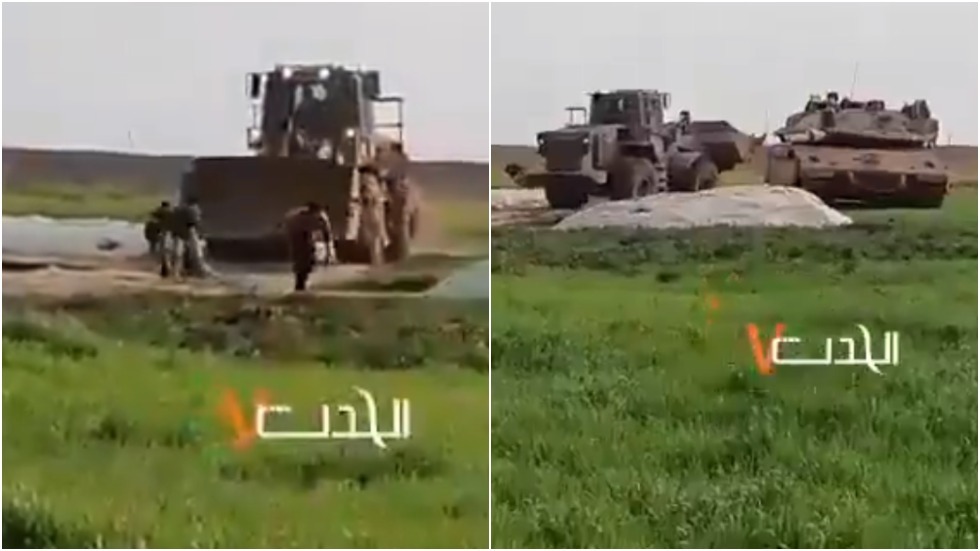 After the incident, a graphic video from Gaza emerged on social media, showing an armed military bulldozer approaching the body while a flock of young, visibly unarmed men were trying to retrieve the dead man.

The Palestinians run away and spread out, before the bulldozer – escorted by a Merkava battle tank – lifts the lifeless body and drags him away.

Later in the day, the IDF confirmed the armored vehicle was deployed this way. “Following the successful thwarting of the attack near the Gaza Strip fence earlier this morning, an IDF [Israel Defence Forces] bulldozer extracted the body of one of the attackers,” a military spokeswoman told AFP.

Following the shooting, numerous Palestinians gathered at the scene, burning tires and voicing outrage at how the IDF handled the body.

With an Eye on Balkanization, Israel throws Support Behind Separatist Militants...