Residents of five settlements in the wider area of Vilia, western Attica, had to be evacuated at 4 o’ clock Thursday morning as the flames approached and the blaze is raging for the fourth consecutive day.

Twelve hours earlier, buses to transfer locals away from the fire front had been deployed but the Fire Service waited until early morning to give evacuation order.

The evacuated villages Agia Paraskevi, Karaouli and Thea are not in immediate danger, the Fire Service said. 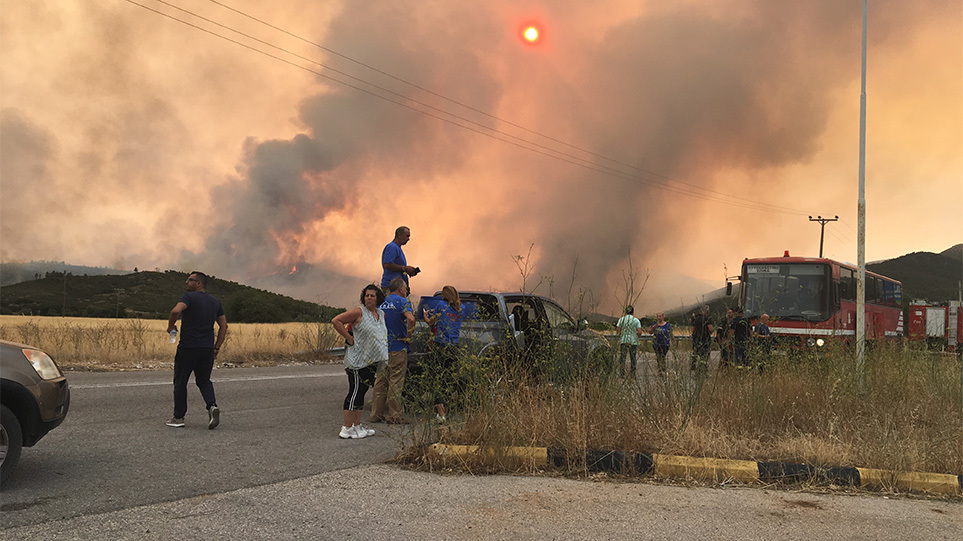 Even though, aerial means resumed fire-fighting operation right after dawn, the blaze is threatening the village of Oinoi, while it already destroyed some houses when it went through the settlement of Panorama near Mantra during the night.

Tens of thousands of forest land have turned into ashes in the area. Part of the dense forest was reforestated after a wildfire in 1987.

Another major #fire in #Greece

Local authorities reportedly complain about the lack of coordination among the leaders of the several departments in charge of the the battle against the blaze and call for additional aerial means.

Some local residents as well as volunteers claimed on social media that the numerous ground fire-fighting forces deployed in the area last night effectively nothing other than watching.

Read also:
The Crisis in Mediterranean

16 water dropping helicopters and 7aircraft including the Russian Beriev-200 are currently operating together with over 427 firefighters and 149 fire trucks on the ground. in the area dousing the flames.

In addition there are 143 firefighters from Poland with 46 vehicles, many volunteer firefighters,  water tankers form the local and regional governments and construction equipment of the Greek Army.

According to the Fire Brigade, the constant changes in the direction of the winds create serious problems while winds were expected to further intensify after 10 a.m.

Meanwhile, it’s almost 2 o’ clock and the winds are blowing with hardly 2+ Beaufort.

Many Greeks wonder “how we got there” when the fire broke out 12:30 Monday noon and the wind intensity was at the lowest level all these days.

On the resurgence of the blaze Wednesday afternoon, Regional governor of Attica Giorgos Patoulis blamed the Fire Service telling state broadcaster ERT that it considered the wind would bring the fire front in another direction and had therefore did not order the evacuation of the settlements.

Reiterating the government narrative of the “climate crisis” the new government spokesman Giannis Oikonomou said Thursday noon that “all available fire service forces are in the area of Vilia.”

“That the fire is burning for the fourth day while all forces are there shows that we speak of a type of such extreme phenomena, confirming what we read in UN reports on the climate change,” he said responding to a reporter’s question about what is going wrong and the fire cannot be extinguished. 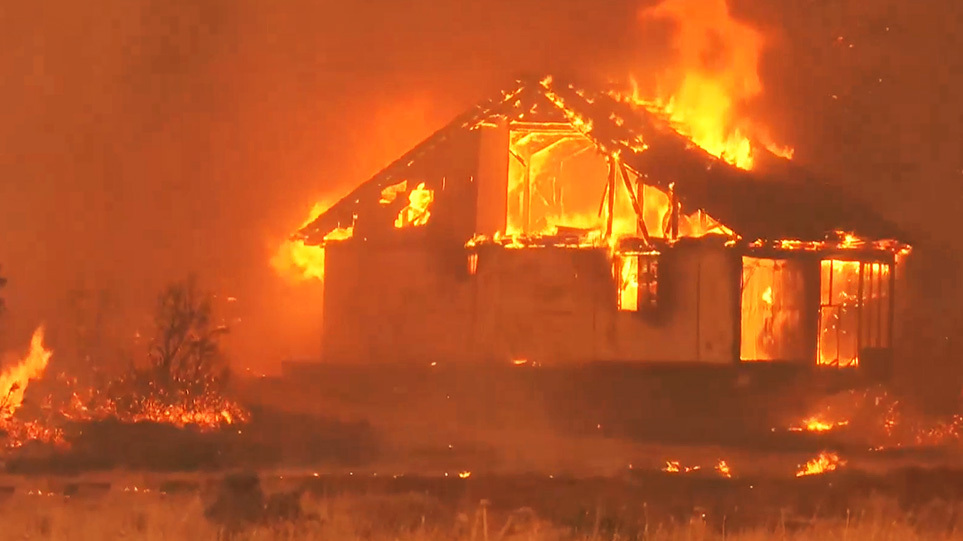 According to ANT1 TV, at least ten houses have been completely burned down in the broader area of Vilia.

Winds are forecast to increase later in the afternoon and reaching up to 5-6 Beaufort.