These elections capture however the general mood of exasperation with current policies. Conservative and extreme Right parties will rise, reflecting widespread scepticism as to the economic course of the EU and its lack of benefits for the common people. The mainstream Left unfortunately neglects these issues, and it will pay the price.

The conservatives generally blame the weak and scapegoat the refugees, the immigrants, the women, and the poor, while promising to save the middle class from the onslaught of big capital. They create false hopes of easy reform, and they never denounce the exploitation inherent in today’s system. History shows however that small owners manage to resist financial stranglehold only when they make common cause with workers and the poor, and they are not afraid to fight.

The economy looks ever more frail. In all, the Eurozone’s nominal GDP stagnates, shrinking 12% in its six largest economies in 2008-2017. The European Union remains indifferent to the peoples’ needs, while it caters for every whim of the corporations. Even so, Quantitative Easing and other crony capitalist schemes promoted by the ECB, such as the Private-Public Partnerships (PPPs) or the new Targeted Long-term Refinancing Operations (TLTRO-III) cannot save the day.

Donald Trump declares bluntly “I don’t care about Europe”, showing that US considers our continent as little more than a collection of vassal states. In all countries inequality rises, corporations rule, and oligarchs impose their will. Liberal France exhibits an abhorrent authoritarianism against the Yellow Vests. Italy chases the refugees and the Roma. Workers’ rights and incomes are eroded everywhere, with women workers hit particularly hard. Even in successful countries, such as Germany, real wages remain below their 1990 level. 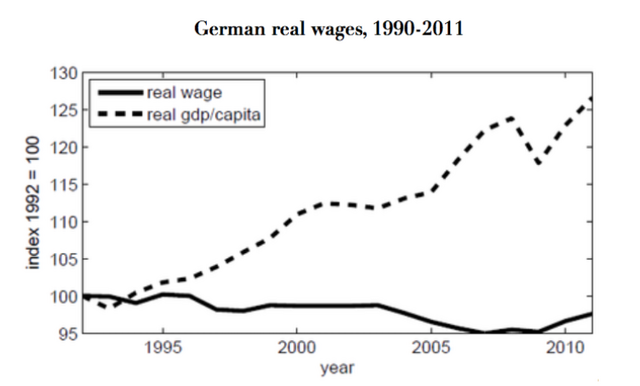 Exploitation today is often effected through debt. Public and private debt are crucial mechanisms for the ongoing transfer of wealth and power from the poor to the rich, from the weak to the strong, from the many to the few. Public discussion so far neglects this issue, even though financial expropriation’s explosive potential is well known to insiders and to the mainstream parties.

Public debt in today’s European Union totals 13 trillion euro, reaching 80% of its GDP. This average masks huge variations between the European periphery and the core. For example, Greece owes 335 billion euro or 181% of its GDP, Italy 2.3 trillion (132%), and Portugal 225 billion (122%). On the other hand German public debt at 2 trillion is 61% of the GDP, and tax haven Luxemburg’s 12 billion is only 21%.

Public debt is a political choice, not a law of nature. In today’s Europe it is used to subsidise corporations, not the vanishing social state. Instead of covering their needs by taxing the rich, states beg them for loans, get gleefully indebted to them, and promptly pay huge interest to them. Falling further down into the debt trap, states transfer huge resources from the periphery to the centre, and from poor to rich. This gigantic public debt entails the destruction of democratic institutions, turning citizens into debt peons, and stealing our children’s lives.

In 2010 the Troika appointed itself as saviour of Greece from its excessive debt, which then stood at 109%. The European Commission, the European Central Bank and the International Monetary Fund imposed draconian austerity and the liquidation of public property. The Greeks’ sacrifices did not save them, but led to destitution and debt slavery. Parliamentary government became an empty form and a far Right criminal organisation, modelled on Hitler’s Nazis, surged. No European or national institution took responsibility for the debacle. But the peoples of Europe took heed.

The rest of Europe is but one debt crisis away from the fate of Greece. And the global financial bubble is guaranteed to bring this crisis forward, sooner rather than later.

Fiscal pressure leads to revolts or even cataclysmic change – it ushered to the French, the Russian, and the Chinese revolutions. But the debt crisis is not insoluble in itself. States have always the sovereign right to abolish debt, as Iceland did recently. This does not hurt the economy, but gives it a boost. It simply means that the rich will not foreclose for themselves bigger and bigger parts of future production.

We call on all European citizens, within or without the European Union, to check parties’ policies on debt. Parties lacking a clear policy on this issue either do not recognise its seriousness or simply side with the financial oligarchy.

The only responsible way to vote is to support parties promoting debt justice. This includes the abolition of odious public debt, and the resolution of non commercial private debt in favour of the many and poor debtors, instead of the few and rich creditors. 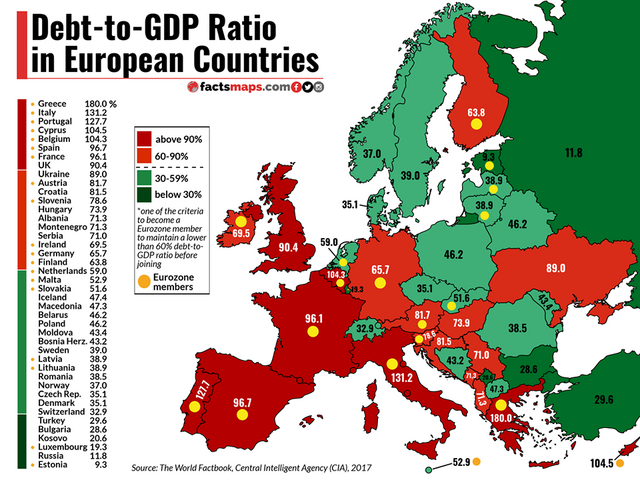