A dozen Conservative MPs are jostling to replace UK leader, and several would maintain her support for Israel. A key question is who would defeat Corbyn in the next election

LONDON — Theresa May has been on political death row since the moment two years ago that she spectacularly fumbled a general election which, at the outset of the campaign, had looked set to return her Conservative party with a landslide victory.

May’s fate was finally sealed this week when her last attempt to convince parliament to pass her unpopular Brexit deal with the EU was shot down. She will formally resign as Conservative leader on June 7, she announced Friday in a tearful appearance outside 10 Downing Street, although she is likely to remain as a lame duck prime minister for a couple more months until her successor has been chosen.

The Conservative party will now embark on the tortuous process of selecting its next leader. This will entail a series of votes by the parliamentary party to whittle the number of candidates — more than a dozen Tory MPs are said to like their chances of becoming prime minister — down to two. Those two names will then be put to the 124,000 Conservative members across the country who will have the final say.

The favorite — for now

The members’ current favorite is the former foreign secretary, Boris Johnson. He is viewed by his critics as Britain’s answer to Donald Trump. A larger-than-life character, Johnson combines a colorful personal life with an outspokenness and courting of controversy which is rare at the top of British politics.

However, if Johnson can persuade Tory MPs to put him through — those who know him best seem most resistant to his appeal — Johnson will almost certainly become Britain’s next prime minister.

Latest polls show that 39 percent of grassroots Tories want Johnson to be their next leader, way ahead of his nearest rival. Many Conservative MPs, though, dislike Johnson deeply, regarding him as nakedly ambitious and self-serving and viewing his two years as foreign secretary as a disaster. 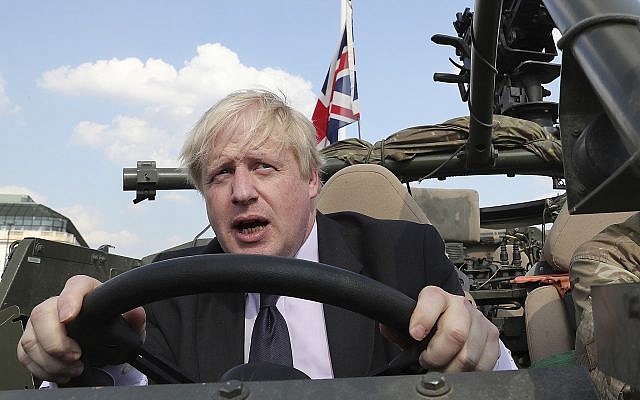 In this photo dated June 21, 2018, Britain’s Foreign Secretary Boris Johnson talks during a ceremony at the Tomb of the Unknown Soldier in Warsaw, Poland. The chairman of Britain’s governing Conservative Party Brandon Lewis on Tuesday Aug. 7, 2018, asked former Foreign Secretary Boris Johnson to apologize for a newspaper column written by Johnson, that said burqa-wearing women looked like ‘letter boxes’. (AP Photo/Czarek Sokolowski)
But even some of those who hold Johnson in low regard may conclude that he represents their best chance of fending off the twin challenges posed by the hard-right populist Nigel Farage and the far-left Corbyn.

This gamble on Johnson’s electoral appeal rests on his two terms as London mayor. The fact that London – a Labour stronghold – twice sent Johnson to City Hall, believe many Tories, shows that he is able to attract those who do not traditionally vote Conservative.

Read also:
Salafis Throwing Bombs: How American and British Planners Partnered With Al-Qaeda Affiliated Groups At the Start of the Syrian Civil War

The eight years that Johnson spent running the capital means that he’s a known quantity as far as many British Jews are concerned (roughly 60% of the community lives in Greater London). His bond with the community during this time was forged in mutual antipathy to Ken Livingstone, the mayor who Johnson booted from office in 2008 and defeated again in 2012 when the pair engaged in a closely fought rematch. 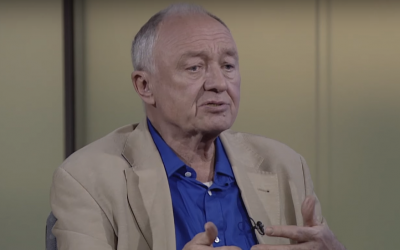 Even before he began making bizarre pronouncements about Hitler’s supposed affinity for Zionism, Livingstone had a toxic reputation among many Jews. When Johnson won in 2008, Livingstone’s former deputy mayor accurately suggested that a Jewish backlash had made a significant contribution to his defeat. Four years later, Jews once again appeared to play a critical role in ensuring Johnson emerged victorious.

Johnson’s campaign received significant backing from Jewish donors, while a number of Jews were given key roles in City Hall. From his shofar-blowing and regular appearances at fundraisers for Jewish charities, the mayor ushered in a far more harmonious, less fractious relationship between Jews and the capital’s administration than had existed under “Red Ken.”

More substantively, Johnson signed London up to the international Mayors United Against Antisemitism initiative and demonstrated his intolerance of the BDS movement by intervening in a row over a controversial sponsorship deal between Transport for London and Emirates Airline. 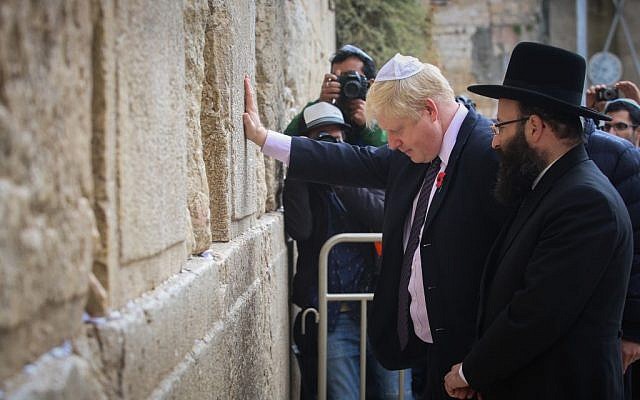