At least 170 people were killed and over 1,330 more wounded in Thursday’s twin bombing and gun attacks outside Kabul’s airport. 13 US service members were among the fatalities, with 15 others receiving injuries of varying severity. Over two dozen Taliban fighters were also killed in the attacks.

President Joe Biden has granted US military commanders full authority to target Daesh-Khorasan*, the Afghanistan affiliate of the Daesh (ISIS)* terrorist group, the White House said in a statement on Friday.

“Our commanders also updated the President and Vice President on plans to develop [Daesh-K] targets. The next few days of this mission will be the most dangerous period to date. The President reaffirmed with the commanders his approval of all authorities they need to conduct the operation and protect our troops, and all reported back that they have the resources they believe they need to do so effectively,” the statement, which was published following a meeting between Biden and his national security officials on Friday morning, reads.

According to the statement, Biden was informed that the US military has resumed its evacuation operations in Kabul, with “thousands of people” said to be airlifted out of the country “every few hours,” and the evacuation of American citizens listed as a priority.

Along with Biden and Vice President Harris, Friday’s meeting was said to have been attended by Secretary of State Antony Blinken and Pentagon chief Lloyd Austin, Joint Chiefs Chairman Mark Milley, the directors of the CIA and FBI, National Security Advisor Jake Sullivan, and other officials, as well as commanders and diplomats in the field.

In a separate statement Friday, White House press secretary Jen Psaki told reporters that the president will not be seeking the resignation of military top brass over the Kabul attacks. She further indicated that there would be ‘no quick recognition’ of any Taliban government of Afghanistan by the US or its allies.

At least 170 people were killed and well over 1,000 injured in Thursday’s deadly twin bomb and gun attacks on Kabul’s Hamid Karzai International Airport, with the casualties including over a dozen US troops, and 28 Taliban* fighters assigned to guard the airport amid the continuing US-led evacuation, which began in mid-August after the sudden collapse of the Afghan government as the Taliban entered the city.

The attacks sparked broad international condemnation, and a brief moment of unity between nations and non-state actors with disparate interests and goals including the US, its European allies, Iran, Russia, China, India and even the Taliban itself.

Daesh-Khorasan, the Daesh affiliate operating across a broad geographical region which includes Afghanistan, Pakistan, India, Iran, and Central Asia, claimed responsibility for Thursday’s attacks, saying the acts of terror targeted “the Crusaders and apostates around Kabul Airport,” including “American forces, translators and spies cooperating with them.”

In address to the nation Thursday night, Joe Biden informed Americans that he had ordered the military to “hunt down” the militants behind the Kabul airport attacks. “We will not be deterred by terrorists. We will not let them stop our mission. We will continue the evacuation. I’ve also ordered my commanders to develop operational plans to strike [Daesh-K] assets, leadership and facilities,” Biden said.

The attacks came just hours following warnings from US, European and Taliban officials of the “imminent” danger of terrorism at the airport. The US and the Taliban have blamed one another for allowing Daesh-K’s fighters to get through, claiming the international terrorist group was able to mount its attacks due insufficient security measures in one another’s sectors of responsibility. Despite the mutual recriminations, the US military has indicated that it has shared intelligence with the Taliban regarding terror threats to help avoid similar attacks in the future.

The evacuation operation at the Kabul airport has seen an unprecedented level of cooperation between US forces and the Taliban, which the US formally still classifies as a terrorist organisation, with the two sides united in the common goal of getting foreign forces out of Afghanistan by the 31 August deadline set by the Biden administration earlier this year.

Thursday’s attacks have led to uncertainties as to whether US forces and their NATO allies will leave Afghanistan for good by the looming deadline after over 19 years of war and occupation. The Pentagon has previously indicated that it may resort to over-the-horizon drone and air strikes on Daesh and al-Qaeda* forces in Afghanistan once its troops are no longer present on the ground, in light of hesitation among the war-torn country’s neighbours in hosting US forces. 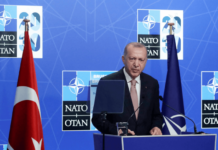