In return of US recognition of its rights over Western Sahara, Morocco has agreed to “normalize” its relations with Israel. The United Nations and the majority of the world does not recognize Moroccan claims of sovereignty over the territory.

The outgoing US president Donald Trump announced on Thursday, December 10, that Morocco and the US have agreed to a deal according to which the US will recognize Moroccan sovereignty over the disputed Western Sahara territory in return for establishing diplomatic relations with Israel.

The Moroccan King Mohammed VI confirmed the deal later. This makes Morocco the fourth Arab country which has normalized its relationship with Israel. Earlier this year the UAE, Bahrain and Sudan had announced similar “normalization” deals with Israel.

Another HISTORIC breakthrough today! Our two GREAT friends Israel and the Kingdom of Morocco have agreed to full diplomatic relations – a massive breakthrough for peace in the Middle East!

Western Sahara was a colony of Spain till its withdrawal in 1975. It has since been occupied by Morocco. The Polisario Front which governs the eastern parts of Western Sahara as Sahrawi Arab Democratic Republic, claims sovereignty over all of Western Sahara and terms the Moroccan control as “occupation.”

The United Nations and the majority of the world does not recognize Moroccan claims of sovereignty over the territory.

The Polisario Front condemned Trump’s recognition in a press release on Thursday calling it a “flagrant violation of United Nations charter, its resolutions and precepts of international legality.” According to the Polisario Front, Trump’s move “hampers the efforts of the international community to find a peaceful solution to the conflict between the Sahrawi Republic and the Kingdom of Morocco.”

“We note with surprise that Trump’s decision coincided with the commemoration of Human Rights Day on 10 December. It also takes place a few days before the 60th anniversary of the UN General Assembly Resolution 1514 (XV) on ‘Declaration on the Granting of Independence to Colonial Countries and Peoples,’ and therefore it constitutes a flagrant violation of one of the most sacred rights, namely peoples’ right to self-determination,” the Polisario Front’s press release said.

US outgoing President has made a proclamation involving Western Sahara whose legal status is determined by international law and #UN resolutions. Yet the move shows that #Morocco's regime is willing to sell its soul to maintain its illegal occupation of parts of #WesternSahara.

Sidi Essebai, a member of the administrative committee of Collective of Sahrawi Human Rights Defenders (CODESA), told Peoples Dispatch, “Trump’s move to recognize Morocco’s sovereignty over Western Sahara apart from being a part of his larger Zionist project of legitimizing Israel’s occupation of Palestine, is also motivated by its imperialist considerations of the getting access to the natural and economic resources of Western Sahara.”

The deal has been denounced by Palestinians as well those who see it as yet another attempt to delegitimize the Palestinian movement for the right to self-determination. Bassam as-Salih, a member of the Palestinian Liberation Organization’s executive committee, condemned Morocco’s recognition of Israel as a “retreat of the 2002 Arab Peace Initiative” which is “unacceptable and increases Israel’s belligerence and its denial of the Palestinian people’s rights,” Al-Jazeera reported.

Read also:
Iraq Redux in the Making? US Rhetoric on Iran Brings Back Memories of 2003 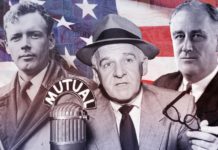 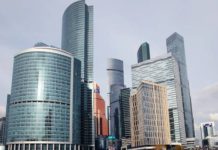 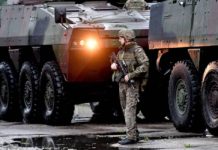 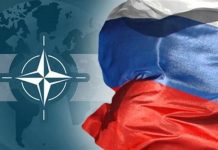