One in four Greeks say that they cannot afford to heat their homes, according to data released on Thursday by the EU statistical service Eurostat.

The EU-wide survey for the year 2017 reveals that the largest share of people who said that they could not afford to keep their home adequately warm was recorded in Bulgaria, with 37 percent. Next on the list was Lithuania, where the figure was 29 percent and Greece, where 26 percent of citizens could not heat their homes.

Cyprus followed, with 23 percent of its population unable to heat their residences. The corresponding figure for Portugal was 20 percent.

In contrast, the lowest shares, at approximately 2 percent, were recorded in Luxembourg, Finland, Sweden, the Netherlands and Austria.

Eurostat notes that overall in 2017, 8 percent of the European Union population said ithat they could not afford to heat their home sufficiently. This amount peaked in 2012 at 11 percent, and has fallen continuously in subsequent years. 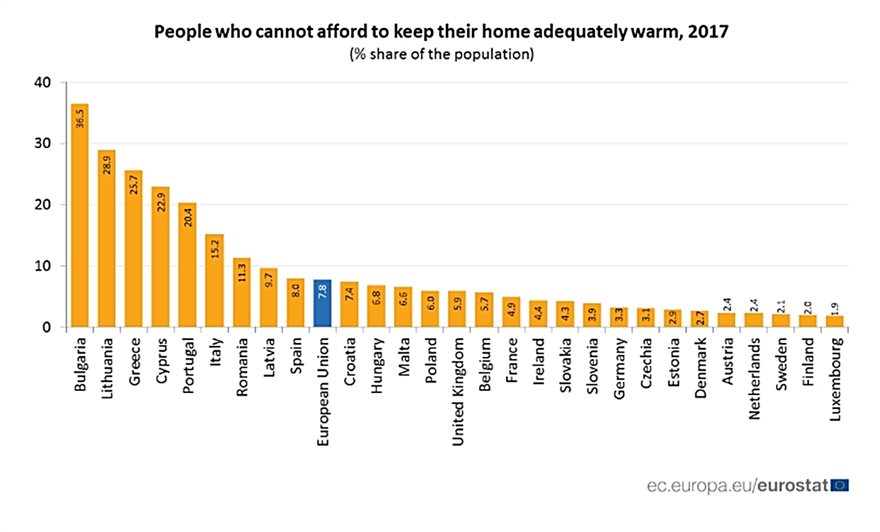