A worker attempted to put an end to her life after she was fired for having requested a 15-day sick leave. The 50-year-old woman was reportedly working at a business in Patras without day off and vacation time for the last ten years.
She had requested a sick leave due to exhaustion. After returning to work she was fired by her employers.
According to local media, the woman went to the roof of her home with the prospect of put an end to her life. She was prevented from doing so by her daughters and members of the local Labor Center the daughters called in.
The life of the 50-year-old woman had turned into hell as she had been working daily for ten years in a large local business, without days off and vacations.
The “medieval working conditions” led the worker to complete exhaustion, with doctors recommending an urgent 15-day leave to regain strength, physically and psychologically.However, shortly after her returned to work, she was notified of her dismissal by her employer.
The mother of three was the head of a single parent family.The Labor Center of Patras, in NW Peloponnese, calls on local workers not to let employers trick them into losing their legal rights about day offs and vacations. The Center makes clear that layoffs are prohibited by the Labor Law during sick leave and immediately after return.

Germany is not paying war reparations to Greece, it is paying...

Immediate need for the cessation of yearly installment payments for the...

Helmut Schmidt on the Greek and European Debt Crisis (in German) 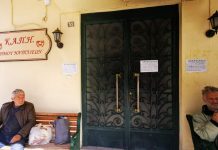 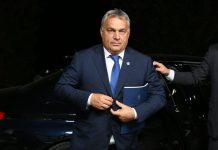