Israeli officers dressed as Palestinians, some with Palestinian flags, infiltrated a demonstration in the West Bank, before opening fire with pistols and throwing smoke grenades at the protesters.

Some 400 Palestinians took part in a rally in the West Bank city of Ramallah on Wednesday, according to Israeli media. AFP news agency reporters, who also managed to film the events, cited lower numbers, saying up to 150 Palestinians were protesting near the Beit El military checkpoint. 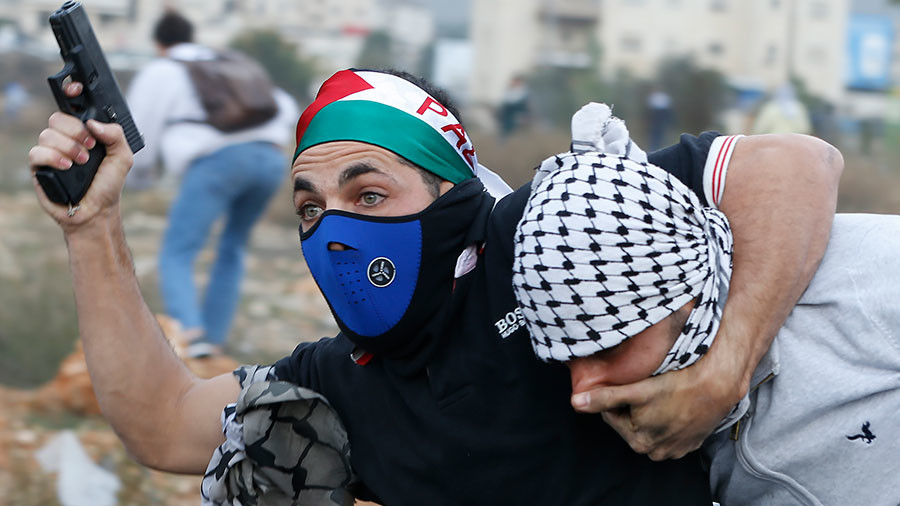 The demonstrators were throwing stones at Israeli security forces and burning tires to protest Washington’s recognition of Jerusalem as Israel’s capital. At one point, several men among them, wearing traditional Arabic kufiya scarves and a Palestinian flag wrapped around the head, revealed themselves as Israeli law enforcement.

Having pulled out pistols and thrown smoke grenades, they captured several Palestinian protesters. In a Ruptly video, they can be seen donning balaclavas labeled “Police” as the remaining protesters scatter. 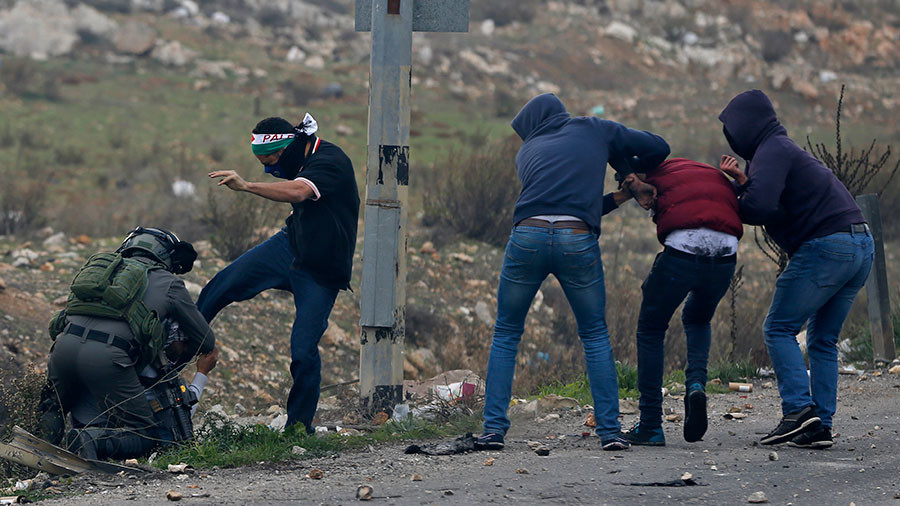 © Abbas Momani / AFP
One of the protesters was fired at his lower body, the report added, saying that “the IDF and security forces will continue to act” against Palestinian demonstrators.