By V. Gnana and Stéphane Hugues

Yesterday, thousands of workers and youths marched and protested across France against the Socialist Party’s (PS’s) reactionary labour law. Even though the trade unions themselves stopped all strike action against the legislation during July and August, at which point the PS had it formally adopted, there is still deep popular opposition. In spring, polls found that over 70 percent of the population opposed the law as it was introduced by the PS. 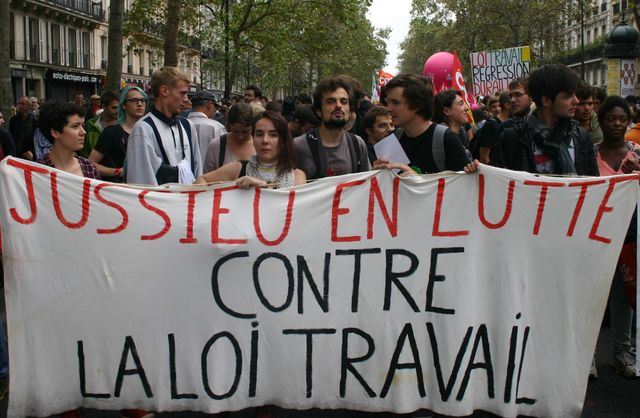 Jussieu University in struggle vs the labor law

There were 169 demonstrations across France yesterday, including in Paris, and workers took strike action in a number of sectors, including airlines and mass transit. Trade unions said 170,000 protesters had marched across the country, while police claimed the number was 78,000, as large numbers of students also came out to the demonstrations.

The eastern city of Belfort was a focal point of the protests, as train-maker Alstom is threatening to shut down a locomotive factory in Belfort, where the company made its first steam train in 1880. Some 400 jobs are threatened. Demonstrators marched across the city chanting, ‘Alstom is Belfort, Belfort is Alstom.’

Clashes erupted in several cities, including Paris; 62 people were arrested and 32 taken into custody. Five policemen were injured in Paris, including one hit by a petrol bomb, which somehow evaded the police’s attention even after they stopped and thoroughly searched everyone entering Bastille Square for the protest.

As protests begin again over the labour law, workers and youth opposed to the law face even more explicit opposition and hostility from trade unions and pseudo-left political parties that are long-time political allies of the PS.

The trade unions negotiated this labour law, which allows them to negotiate contracts violating France’s Labour Code with employers, with the PS government and big business groups before organising protests against it starting this spring. Their purpose in calling the protests was not to stop the law, however, but to ensure that they maintained political control over strikes and protests against the PS’s austerity agenda. Now that the PS has passed the law, however, they are even more explicitly hostile to the protests. 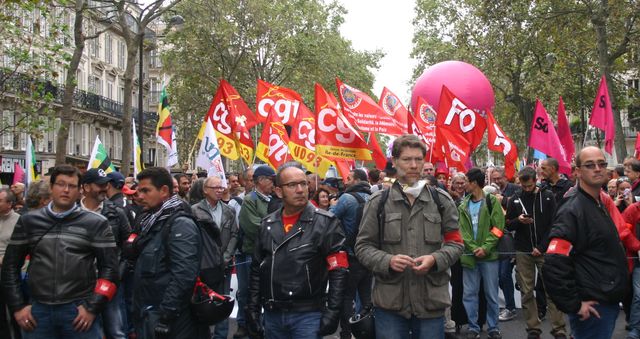 “We’re not going to have another wave of demonstrations, but there are other ways of fighting the labour law,” Workers Force (FO) union leader Jean-Claude Mailly told France2 television on Bastille Square. ‘We are taking our foot off the accelerator pedal for now. We are not going to do this every week.’

Philippe Martinez, of the Stalinist General Confederation of Labour (CGT) union, declared that workers should be “fighting tooth and nail” to stop the law. Nonetheless, he downplayed calls for more mass protests, stating that there should be “other axes for social mobilisation, including the courts and workplaces.”

WSWS reporters spoke to protesters in Paris, however, who denounced the PS government and its austerity agenda and called for escalating social opposition.

Frederico said, “I read the labour law. In fact, its different provisions all go against the interests of French workers, be they labourers or managers, all the different layers. I think it is a step backward for all of France, because for 200 years we have been fighting to improve social conditions.”

He noted that the population had been thoroughly disappointed by the PS government. “First, they put through gay marriage, that was a step forward. It was good, except that as things went on, we realised that they are totally incapable of running the French economy. Austerity has brought us no good over all these years.” 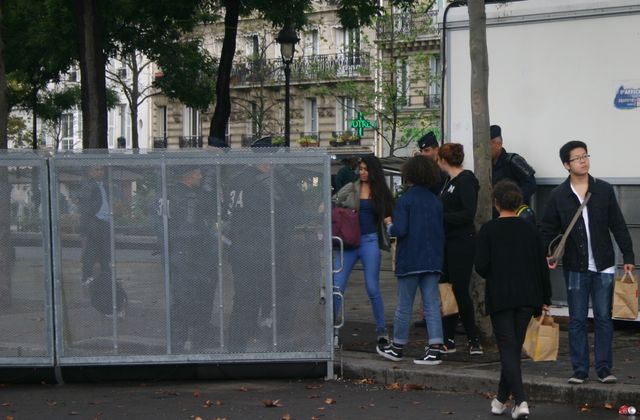 His friend Hannah said, “Politicians want to make France a place that is financially attractive as a place to do business, but there is the people. We elect the politicians, and it is not so that we will be—pardon the term—screwed by the politicians.”

She added that the PS “is going frankly to the right,” adding: ‘We need a fundamental political reform, because what we have is no longer true socialism. The existing political parties are all the same. It is an alignment of political parties for profits and for their interests.’

The WSWS also spoke to Leila, a university student. She said, ‘I am here because it has been four months that we have been protesting in the streets before summer vacation against this labour law. We don’t want it, it is more than 70 percent of the population that does not want it, but during vacation [Prime Minister] Manuel Valls and the entire government passed it anyway, using article 49-3 of the constitution [to avoid voting on the bill in the National Assembly]. Enough is enough, it is a question of a revolt in the streets.’

Leila attacked the state of emergency in France, imposed after the November 13 terror attacks in Paris, which the PS government and police have used as a justification to attack protests against the labour law since they began in the spring. “The state of emergency was put in place after the attacks,” Leila said, “it is for them an excellent excuse to place their hands over the people and to prevent us from assembling together, for example.” 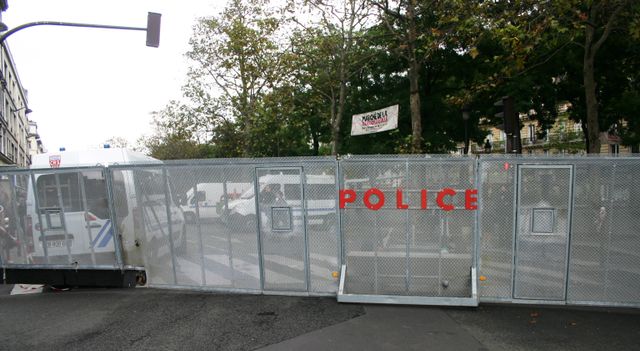 “I would never break things,” she added, “but in fact I understand how people have been led to do it, because the situation is absolutely impossible today, we are monitored and checked everywhere. We are not criminals. We are simply people who are upset because of this labour law and the entire political system today.”

Leila strongly criticised the reactionary role of the PS government, elected in 2012 based on promises to modify the austerity policies of the previous right-wing government, but then attacked the workers even more harshly. She said, “Whether they say it is right or left, I think everyone agrees that there isn’t a clear opposition between right and left anymore today, it is all the same old crap, I’m sorry to use that term.”

Speaking of the Socialist Party, she said, “In my opinion, it must be dissolved. We need to start over again totally, on a correct basis. But there is nothing of that today. We are manipulated, you just have to look at the media to see that. People here are not here just because of the labour law, they are here because of everything. They have had enough. The labour law was the pretext that drove people into the streets. But they are going into the streets because they have had enough of this state of affairs.”

World Leaders Call on the UK to Free Julian Assange

In refusing to extend New START, the US puts the world...

What is missing from the E. Comissions pact on migration and...

One Hundred Years of the Communist Movement in India

After Trump refuses to commit to a peaceful transfer of power,...

A Comment on Dimitri Konstantakopoulos’ article on “chaos strategy”