Six people died and more than 100 were injured when a powerful storm with gale-force winds and a tornado hit the peninsula of Halkidiki in northern Greece on Wednesday night. Majority of the injured and the six dead are tourists. Among the dead are two children. An information about a seventh dead is not be confirmed by now. One 62-year-old fisherman is missing.

The powerful storm left behind scenes of a biblical catastrophe.

Roofs collapsed, trees and electrical posts fell, and caravans were swept away in a storm that broke short before 10o’ clock at night and lasted about twenty minutes.

The storm stroke mainly Nea Moudania and Polygyros, the first and the second “leg” of Halkidiki visited by thousands of tourists mainly from Balkan countries.

Many areas remained without electricity still in the early morning hours of Thursday as trees had fallen on electricity posts. 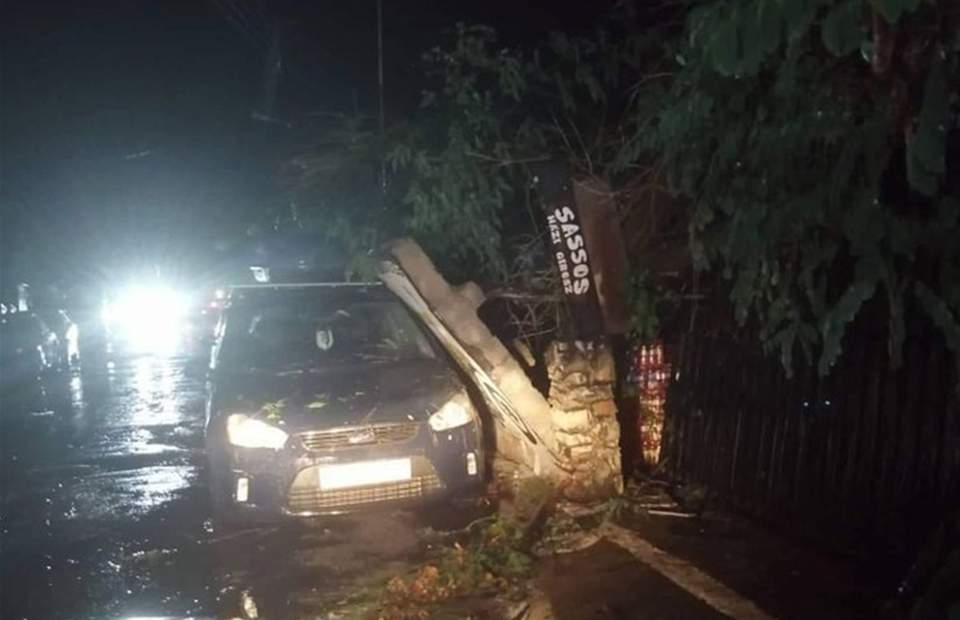 More than 140 firefighters have been deployed in the area and have conducted so far 235 rescues from homes and vehicles, water pumps from homes and businesses and trees cuts. The fire service of Polygyros alone has received more than 600 calls for aid. 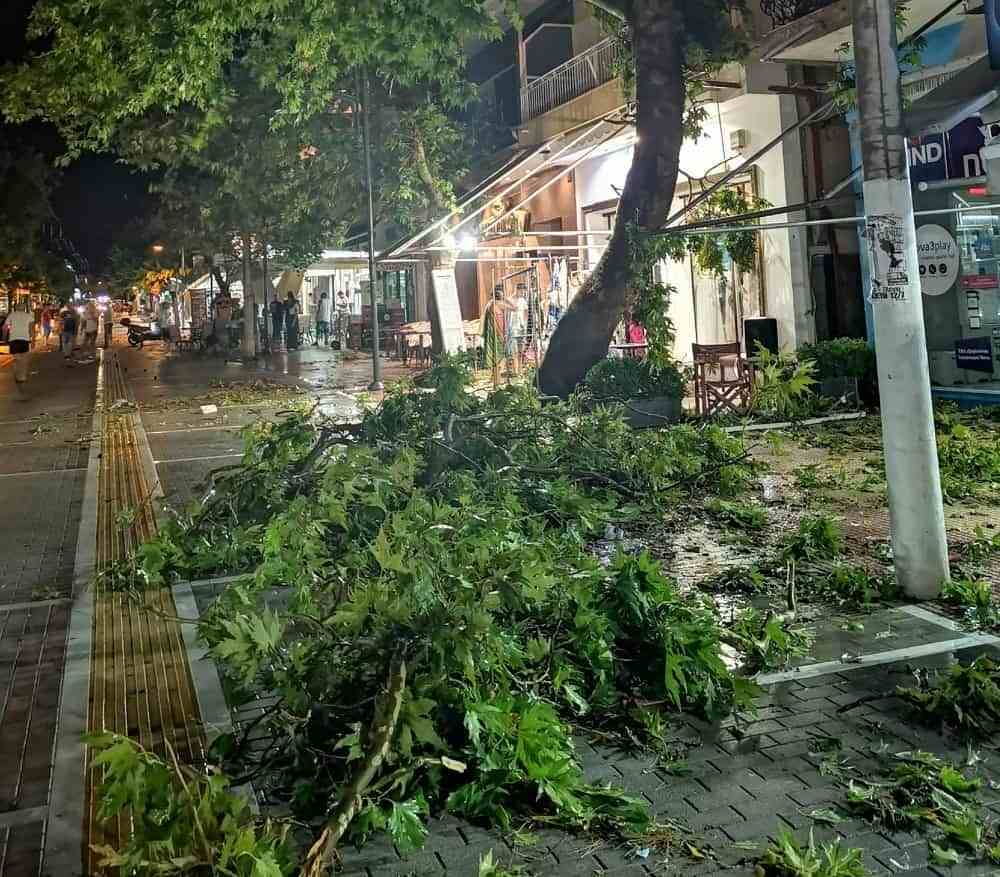 The damage were caused mainly by the gale-force winds blowing with up to 11 Beaufort and less than the rainfall.

All people who died during the tornado were tourists.

One woman and her 8-year-old son from Romania lost their lives when the canopy roof of a tavern collapsed in Nea Plagia by Propondida. Ten more people were injured.

A senior couple died when their caravan were swept away by rushing waters in Sozopoli. The couple from the Czech Republic were in the caravan with their son and their grandson, who were injured.

A 38-year-old Russian tourist and his 2-year-old son died when they were hit by a uprooted tree outside a hotel in Potidaia. 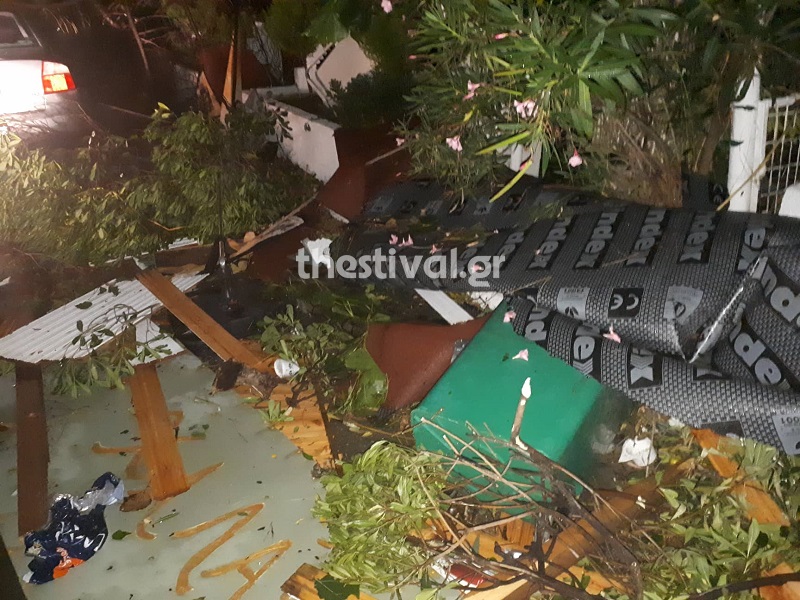 Over than 100 people flocked to the Health Center of Nea Moudania to have their injuries treated. Majority of them were tourists. The youngest of the injured was 8 months old, the oldest 72 years old.

They were mostly injured by objects swept away by the wind.

They were slightly injured and treated in the health center operating on with generators due to the power outage.

The tornado brought down roofs and balconies, detached glass, flooded houses and businesses 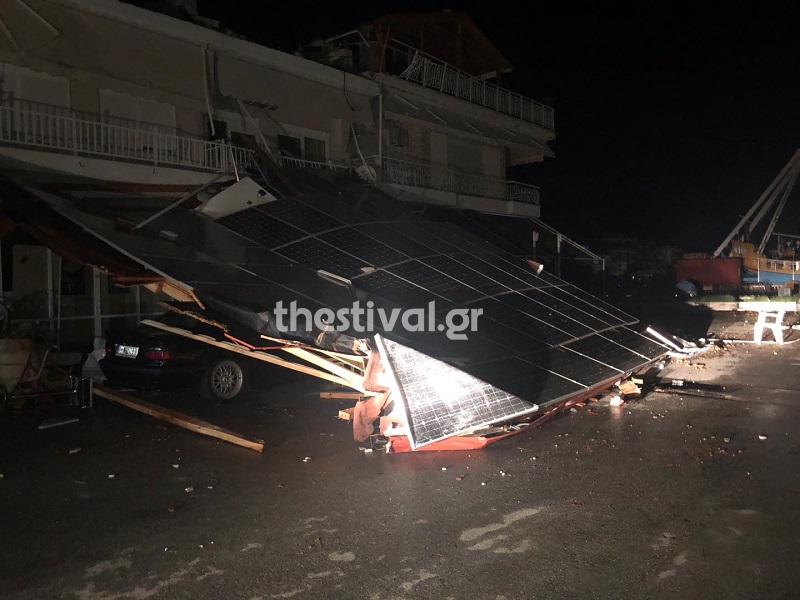 Halkidiki has been declared in “state of emergency.”

Greece’s National Meteorological Service issued a Red Alert of extreme weather phenomena late on Wednesday. The EMY warning spoke of powerful rainfalls between 9 pm and Wed  midnight and intensification of the phenomena from Wed midnight until 3 am Thursday.

From 3 am to 6 am powerful storms will move to the South, affecting Imathia, Pieria, North Sporades, East Thessaly, North and Central Evia and islands of the North Aegean Sea.

More than 5,000 thunderbolts fell across Greece on Wednesday. 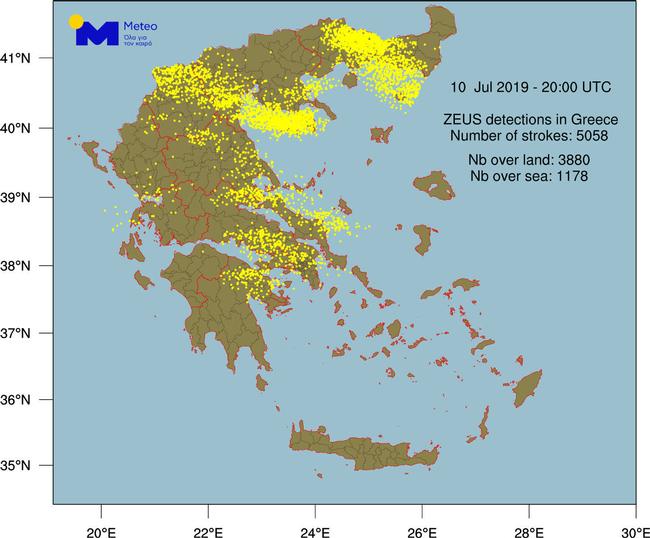