A nongovernmental organisation (NGO) is described as a not-for-profit organisation independent from states and international governments. They are funded by donations and facilitated by volunteers drawn from the communities they serve.

Genuine NGOs fitting this description fulfil a vital role within the nations they work regarding issues including education, healthcare, the media, the environment, technology, and economic development.

They often perform their work in parallel with government organisations and may even cooperate with their national government. At other times, the provide a necessary but constructive check and balance to deficiencies present within a state.

However, NGOs can be abused. Foreign governments and financially motivated special interests can use the structure and appeal of NGOs as vectors to project unwarranted, coercive power and influence.

Funded not by the communities they claim to serve, but by these foreign interests, they often operate under the pretext of upholding the legitimate  roles and responsibilities of genuine NGOs while in reality undermining a targeted nation’s government, its people, its institutions, and national peace and stability. Ironically, such organisations also undermine the perceived legitimacy and effectiveness of real NGOs.

Foreign interests seek to do this for a number of reasons including pressuring a targeted government to make concessions regarding bilateral relations, competing with and eventually overrunning state institutions, and even replacing a nation’s entire government.

An extreme example of this can be seen in Southeast Asia’s Myanmar, where the Ministry of Information is now firmly under the control of Pe Myint, trained in “journalism” by a US government-funded organisation posing as an NGO, called the Indochina Media Memorial Foundation.

Pe Myint is also a member of a political party supported by a large collection of US and British funded organisations (National Endowment for Democracy (NED), Open Society, USAID, etc.), which in turn was propelled into power during recent elections also influenced heavily by organisation posing as NGOs funded by these same foreign interests. 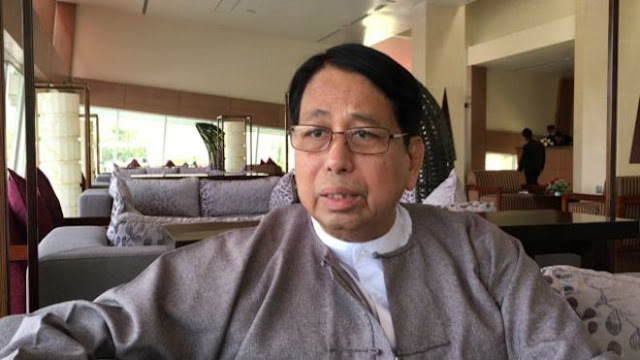 Previously an independent institution of Myanmar, the Ministry of Information is now firmly under the influence of the US State Department. This may explain uncharacteristic comments regarding “substandard democracy” published by a national newspaper it controls directed at neighbouring Thailand ahead of the August 7, 2016 Thai referendum.

Henceforth, the Ministry has been made to serve the best interests of the United States, not Myanmar, indicated by the fact that its recent comments only risk jeopardising what would otherwise be constructive and beneficial bilateral relations with Thailand.

The United State National Endowment for Democracy (NED) for example, lists among its 2013 sponsors (.pdf) petrochemical giant Chevron, Wall Street’s Goldman Sachs, US State Department-connected and privacy usurping tech-giant Google and the US Chamber of Commerce which itself represents corporations ranging from defence contractors to oil companies to banks, as well as agricultural and pharmaceutical giants. Individual donors include pro-war Republican politicians including Frank Carlucci, Paula Dobriansky, Condoleezza Rice and Robert Zoellick.

NED’s board of directors represents a similar and troubling convergence of special interests who directly contradict the alleged purpose of both NED itself, and the many organisations it funds around the world.

Unfortunately, many people who work for foreign-funded organisations posing as NGOs are unaware of such facts. Senior leadership of these organisations often go through great lengths to conceal their foreign funding to avoid scrutiny and even in some cases, to avoid properly paying people who are led to believe no funds are available and thus are asked to “volunteer” to help. Those few who are aware of this funding, are usually unaware of who and what NED and other organisations like them truly represent.

To put it simply, any organisation or institution serves only the interests of those who support it. An NGO supported by local donations and volunteers serves its local community. A foreign-funded organisation posing as an NGO serves foreign interests.

And simpler still, an organisation funded by a foreign government cannot possibly be characterised as “nongovernmental.” Even at face value, this notion strains credibility.

Independent journalists attempting to ascertain the true depth of Prachatai’s connections to the US State Department were told that Prachatai had none, and that the money was provided to them unconditionally.

In reality, as revealed by Wikileaks, Prachatai’s staff remains in constant contact with the US Embassy in Bangkok, with US ambassadors and political counsellors making regular visits to their office off of Ratchada Road, and with Prachatai’s director Chiranuch Premchaiporn making regular, lengthy and detailed reports about Thailand’s internal political affairs to US Embassy staff.

In the infamous Cablegate leak, the US Embassy in Bangkok sent off as many as 7 cables regarding or referencing Prachatai and its activities within the country and in particular its defence of agitators attempting to undermine the nation’s institutions and political stability.

For the US State Department, Prachatai exists as a state-funded asset — a constant pressure point to extort concessions from the Thai government with and to coerce from them the settings in which US-backed political forces might take power. 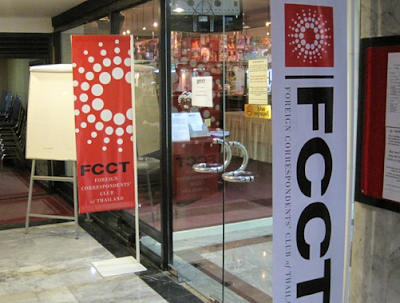 Under the guise of defending “free speech” and “human rights,” Prachatai networks deeply with US-backed political party Pheu Thai, its street front the United Front for Democracy Against Dictatorship (UDD or “red shirts”) and a large number of other US-funded organisations posing as NGOs and academic associations — many of which share the office building Prachatai is currently based in.

Additionally, Prachatai communicates and coordinates regularly with foreign media staff based in Thailand, particularly those who gravitate around the swank Foreign Correspondents’ Club of Thailand clubhouse and bar in downtown Bangkok.

Together they stage public relations events aimed at portraying the current Thai government as overbearing, dictatorial and losing popularity and control. In reality, the events include the same handful of stand-ins and utilise intentionally deceptive methods to conflate the size and impact of each staged event.

By participating in such events, the foreign media betrays the principles it allegedly represent, creating the news rather than objectively covering it. For Prachatai, posing as an NGO but clearly functioning as an extension of US interests in Thailand, it too represents a betrayal of true, community-supported activism.

In all honesty Prachatai’s activities could easily be tolerated by the Thai government, if only for one concession — that Prachatai and other organisations like it fully and repeatedly disclosed in English and in Thai, their existence as foreign-funded government organisations rather than pose as a genuine NGO.

Since it has operated for years and failed to fulfil its own responsibilities toward transparency to the society it claims to serve, it may be time for Thailand to pass legislation to force foreign-funded organisations like Prachatai to come clean.

Other nations have adopted comprehensive legislation to help protect real NGOs from those with foreign funding merely posing as such.

While the US and the myriad organisations it was running in Moscow predictably decried the legislation as “oppressive,” some might appreciate the irony of “pro-democracy activists” resisting calls for greater transparency, a fundamental prerequisite for a democratic society.

Foreign-funded organisations posing as NGOs are more than a mere nuisance, or even simply a means by foreign governments and special interests to apply coercive pressure on a nation’s government and institutions. They represent a patient, concerted effort to compete with and eventually fully replace a nation’s existing sovereign institutions. This threat should not be underestimated nor should it be tolerated.

And beyond a threat to national security,  these foreign-funded organisations attract and squander a nation’s human resources, while undermining the very legitimate and essential work performed by honest, locally-supported NGOs.

Spectre of a Nuclear War is haunting Europe