Today’s largest employers are Amazon and Walmart, each paying far less per hour and routinely exploiting their workers, who have little recourse.

The most dramatic change in the system over the last half-century has been the emergence of corporate giants like Amazon and the shrinkage of labor unions.

The resulting power imbalance has spawned near-record inequalities of income and wealth, corruption of democracy by big money, and the abandonment of the working class.

Fifty years ago, General Motors was the largest employer in America. The typical GM worker earned $35 an hour in today’s dollars and had a major say over working conditions.

Today’s largest employers are Amazon and Walmart, each paying far less per hour and routinely exploiting their workers, who have little recourse.

The typical GM worker wasn’t “worth” so much more than today’s Amazon or Walmart worker and didn’t have more valuable insights about working conditions.

The difference is those GM workers had a strong union. They were backed by the collective bargaining power of more than a third of the entire American workforce.

Today, most workers are on their own. Only 6.4% of America’s private-sector workers are unionized, providing little collective pressure on Amazon, Walmart, or other major employers to treat their workers any better.

Fifty years ago, the labor movement had enough political clout to ensure labor laws were enforced and that the government pushed giant firms like GM to sustain the middle class.

The biggest political players are giant corporations like Amazon. They’ve used that political muscle to back “right-to-work” laws, whittle down federal labor protections, and keep the National Labor Relations Board understaffed and overburdened, allowing them to get away with egregious union-busting tactics.

They’ve also impelled government to lower their taxes; extorted states to provide them tax breaks as a condition for locating facilities there; bullied cities where they’re headquartered; and wangled trade treaties allowing them to outsource so many jobs that blue-collar workers in America have little choice but to take low-paying, high-stress warehouse and delivery gigs.

Oh, and they’ve neutered antitrust laws, which in an earlier era would have had companies like Amazon in their crosshairs.

This decades-long power shift – the ascent of corporate leviathans and the demise of labor unions – has resulted in a massive upward redistribution of income and wealth. The richest 0.1% of Americans now have almost as much wealth as the bottom 90% put together.

The power shift can be reversed – but only with stronger labor laws resulting in more unions, tougher trade deals, and a renewed commitment to antitrust.

The Biden administration and congressional Democrats appear willing. The House has just passed the toughest labor reforms in more than a generation. Biden’s new trade representative, promises trade deals will protect American workers rather than exporters. And Biden is putting trustbusters in critical positions at the Federal Trade Commission and in the White House.

And across the country, labor activism has surged – from the Amazon union effort, to frontline workers walking out and striking to demand better pay, benefits, and safety protections.

I’d like to think America is at a tipping point similar to where it was some 120 years ago, when the ravages and excesses of the Gilded Age precipitated what became known as the Progressive Era. Then, reformers reined in the unfettered greed and inequalities of the day and made the system work for the many rather than the few.

It’s no exaggeration to say that we’re now living in a Second Gilded Age. And today’s progressive activists may be on the verge of ushering us into a Second Progressive Era. They need all the support we can give them.

* Robert Reich, is the Chancellor’s Professor of Public Policy at the University of California, Berkeley, and a senior fellow at the Blum Center for Developing Economies. He served as secretary of labor in the Clinton administration, for which Time magazine named him one of the 10 most effective cabinet secretaries of the twentieth century. His book include:  “Aftershock” (2011), “The Work of Nations” (1992), “Beyond Outrage” (2012) and, “Saving Capitalism” (2016). He is also a founding editor of The American Prospect magazine, former chairman of Common Cause, a member of the American Academy of Arts and Sciences, and co-creator of the award-winning documentary, “Inequality For All.” Reich’s newest book is “The Common Good” (2019). He’s co-creator of the Netflix original documentary “Saving Capitalism,” which is streaming now. 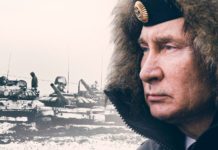 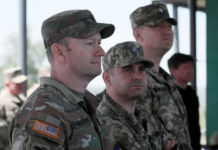