Decades of neoliberal policies have made Lebanon among the most unequal societies in the world, and social and economic discontent is expected to grow following the blasts

Beirut has seen a series of protests after the massive port blasts which killed close to 150 people and devastated tens of thousands of lives. In a country of less than seven million, almost 25,000 to 30,000 people have been rendered homeless and according to government estimates, property worth billions of dollars was destroyed. The loss is humongous for an economy which is on the verge of collapse. Even before this disaster, Lebanon was seeking a USD 5 billion loan from the International Monetary Fund (IMF) to tackle the ongoing economic crisis in the country.

The protests, the latest in a series of such agitations since last year, reflect the complete loss of confidence of the people in the political establishment. Almost a year after the beginning of these mass protests that were triggered by the introduction of additional taxes, the political and economic conditions in Lebanon have gone from bad to worse. The government’s inability to address these issues head-on and initiate policy reforms has increased the suffering of the people and their anger against the present system.

However, most critics analyzing the Lebanese situation have failed to present a comprehensive picture and only parrot the hegemonic narrative, which locates all problems facing the country with a section of the ruling class. There is no denying the role of widespread corruption and inefficiency in the current crisis. However this is not a uniquely Lebanese characteristic. Lebanon’s crisis can only be diagnosed after factoring in the effects of the prolonged neoliberal economic order, the grave impact of the COVID-19 pandemic and the larger geopolitics in West Asia.

Hasan Diab took over as the Lebanese prime minister in January this year, amid protests that were raging three months after his predecessor Saad Hariri resigned in October. The primary task of Diab was to address the issues and demands raised by the protesters. Prices were soaring at a time when the income of most people had remained stagnant for years. Employment opportunities for fresh graduates were lacking, the government was unable to pay its debts, and the value of the Lebanese currency (named Lira but called Pound) was falling steeply. Poverty and unemployment had also been steadily rising even as there was and continues to be a shortage of basic commodities.

Meanwhile, Diab took weeks to form a cabinet, and the outbreak of COVID-19 severely affected any chances of recovery. The pandemic dealt a crushing blow particularly to the tourism industry and drastically reduced the remittances coming from the Gulf and other parts of the world. These two sectors had contributed around 40% of Lebanese GDP in 2018-19. Being a heavily import-based economy, Lebanon also saw a massive jump in the prices of essential commodities during the lockdown and hyperinflation. Banks resorted to adopting crippling curbs on the withdrawal of savings, particularly American dollars, in response to the falling value of the Lebanese pound.

The fall in currency value was drastic. The official minimum wage in Lebanon is around 650,000 pounds, equivalent to USD 450 at the official rate, but only USD 70 at the black market rate. With food prices up by 190% in May, and an overall inflation rate of 56%, most Lebanese were unable to continue with their normal lives.

Almost half of the population today lives below the official poverty line and unemployment rates are as high as 35%, with more and more jobs vanishing every day. Just one example is the American University of Beirut which in June announced 25% layoffs among its total of over 6,500 employees for the first time in its history of over 150 years. An increased number of suicides has been reported from some parts of the country. At least two people committed suicide due to distress in full public view in July.

A 12% contraction of the Lebanese economy has been predicted by the IMF. Yet, the government has been unable to take any effective policy decisions to deal with this situation. In fact, the public debt worth USD 86 billion has paralyzed it. The country defaulted on its international loan payment in March, like many emerging economies devastated by coronashock, and as punishment, most international financial institutions and governments have refused to accept its requests for further loans. The government is seeking a minimum of USD 10-15 billion to fix the economy. Given the exceptionally high debt-to-GDP ratio, at 170%, this loan amount will be difficult to materialize.

Today, Lebanon is suffering under the policies adopted in the last three decades, which led the banking system to dominate the economy. The over-liberalized economy now finds itself extremely vulnerable to any kind of global disturbance.

Lebanon is not the only country facing these economic difficulties. Most third world states, forcefully integrated into the globalized financial system dominated by the US and Europe, are perennially on the verge of such collapse. Despite this, the same narrative on policy reforms is being peddled by the developed countries and their institutions, in addition to nudging for political reforms.

On August 6, Kristalina Georgieva, director of the IMF, said with regard to Lebanon, “It is essential to overcome the impasse in the discussions on critical reforms and put in place a meaningful program to turn around the economy and build accountability and trust in the future of the country.”

French president Emmanuel Macron’s visit to the country after the blasts was a classic instance of the pressure exerted on these lines. Macron was quick to suggest that Lebanon needs to take up “political and economic reforms” to prevent it from sinking further. Apart from the hints calling for political change, Macron, the IMF, and other external actors are also looking for “fiscal consolidation” which would result in more austerity and more suffering for the people.

Between a rock and a hard place

Lebanon’s geopolitical importance is another central factor shaping its reality. The US has clear interests in the country located just to the north of its key ally Israel, and to the west and south of Syria.

Furthermore, the small country depends heavily on neighboring countries for economic and political stability. However, the constant interference of some of these states in Lebanon’s internal politics creates volatility. For example, Hezbollah, a movement born during the Israeli occupation of southern Lebanon, is not accepted by allies of the US, such as Saudi Arabia which has also increasingly become closer to Israel.

The US and Saudi Arabia have explicit preferences for the parties involved in the pro-West March 14 movement. They want to corner Hezbollah, which is currently backing the government. The external attempts to weaken Hezbollah’s political base in the Lebanese politics may lead to more problems.

Hicham Safieddine, who teaches Middle East history at King’s College, London, said in an interview with the National, “a blatantly pro-Israeli Washington is using financial sanctions and diplomatic threats to blackmail Lebanon into accepting its agenda for the region in return for any support.”  The use of the crisis situation by the US to pursue its regional agenda in Lebanon can have larger repercussions for the stability of the country.

The economic crisis in Lebanon is also intrinsically linked with the war in Syria and other regional turmoil engendered by imperialist interventions. The impact of a decade-long global recession and now the COVID-19-led lockdown must also factor in any meaningful assessment of the situation in Lebanon. A myopic view looking at only the inefficiency of the current political system and ignoring the larger geopolitical and global economic scenario will thus do a great disservice to the expectations of common Lebanese 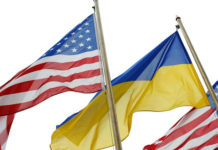 The Ukraine: The USA is responsible for the escalation and must... 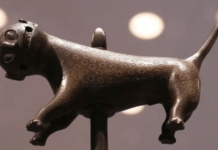 The reality of looted colonial art and restitution