Devlet Bahçeli, leader of the Nationalist Movement Party (MHP) that is in a ruling coalition with Turkish President Recep Tayyip Erdoğan’s Justice and Development Party (AKP), renewed his provocations not only against Greece, but also Cyprus.

Speaking to his parliamentary group on Tuesday, Bahçeli spoke of a so-called “genocide” in 1821 in the Peloponnese and described Greek Cypriots as “fascist racists.”

Despite the Greek Army having left the city, Turkish forces set the great city of Smyrna on fire, killing up to 180,000 Christians, mostly Greek.

“We will never endure humiliation, we will never tolerate the looting of our nation’s existence,” Bahçeli continued.

In his speech, the Far Right leader admitted that “the Turk has no friend other than other Turks,” but did not acknowledge that invading neighbouring countries and making constant threats of war leads to such an isolation.

“Has any servant of Allah been heard to have strongly condemned the genocide of 1821 in Morea?” he said in reference to the Peloponnese’s old name.

“Did you see the Pope, who visited Iraq in the first week of this month, say a word about the rights of the Turkomans?” he continued.

“We have said it many times and we say it again – the Turk has no friend other than the Turk,” Bahçeli said.

He added that “it was the same yesterday, the same today.”

“When the West says Muslim, what it understands is Turkish,” he stressed.

The political leader also used harsh expressions against Greek Cypriots, describing them as “fascist racists” because of the recent graffiti on a mosque in the city of Limassol. 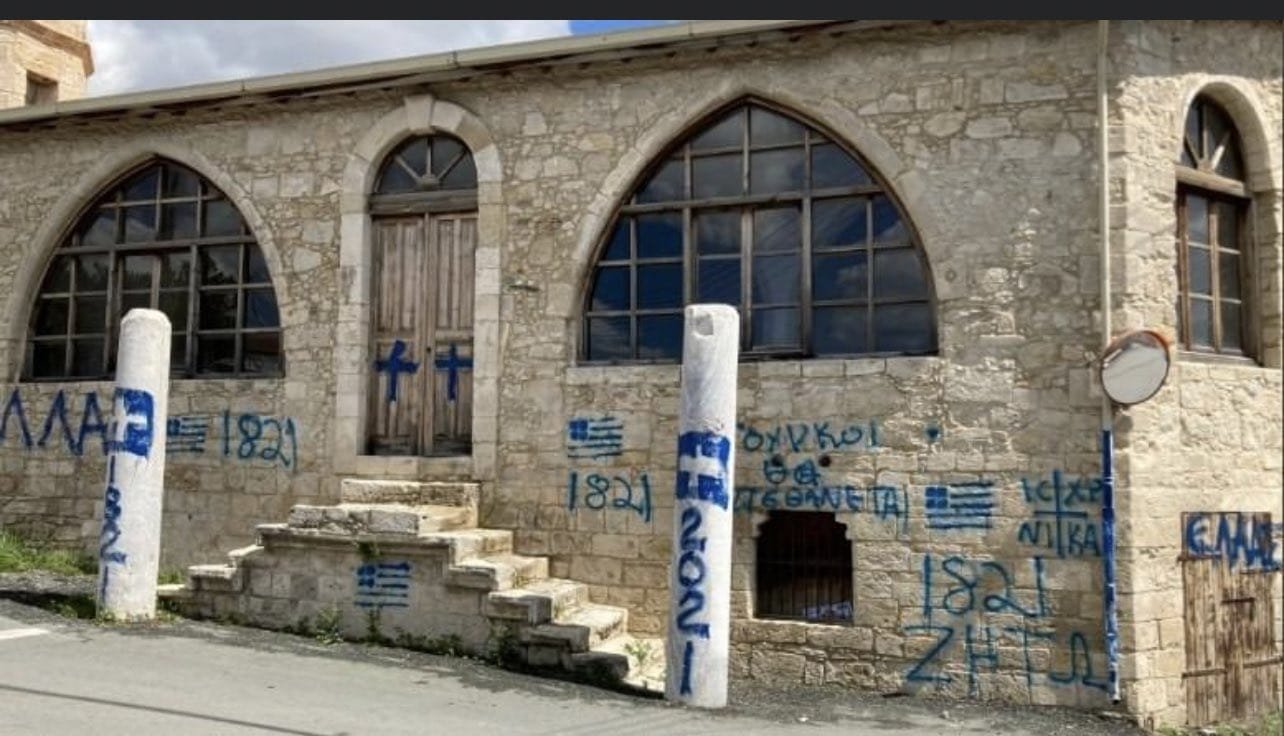 The graffiti was widely condemned in Cyprus.

“Those who take advantage of our national vows and devotion, are the ones who line up to make Turkish identity the object of their dirty plans,” he said while omitting that his own family ancestry is Armenian.

“The Turkish nation has the opportunity to conquer the world spirit again,” he dreamingly said.