YEREVAN (Sputnik) – Armenian Prime Minister Nikol Pashinyan confirmed that Yerevan had purchased Russian Su-30SM fighters without missiles back in May 2020, months before the Nagorno-Karabakh conflict.

“Yes, we bought the fighter, it was delivered in May [2020] and yes, we did not have time to buy the missiles before the war [in Karabakh]. Would you buy planes so that we could buy missiles? Why did the 26-year-old state [Armenia] not have fighters?” Pashinyan said at a Saturday meeting with residents of the country’s Aragatsotn region.

Former Chief of Armenia’s army General Staff Movses Hakobyan said in November that the fighters were without missiles intended for them, as Russia prohibits the sale of missiles for the Su-30SM to other countries. The Armenian authorities remained silent about this matter until recently.

At the end of September 2020, hostilities resumed in Nagorno-Karabakh, which became a continuation of the long-term conflict and led to casualties among the civilian population. The sides made several attempts to sign a truce, but only the tripartite agreement reached overnight to November 10, 2020, turned out to be successful.

With the mediation of Moscow, Azerbaijan and Armenia agreed to completely cease fire and exchange prisoners and bodies of the dead. Yerevan also transferred the Kalbajar, Lachin and Agdam districts to Baku. Russian peacekeepers were stationed in the region.

The conflict in Nagorno-Karabakh began in February 1988, when the Nagorno-Karabakh Autonomous Region announced its secession from the Azerbaijani Soviet Socialist Republic. During an armed confrontation in 1992-1994, Azerbaijan lost control of Nagorno-Karabakh and its adjacent areas. Since 1992, talks were ongoing on peaceful settlement of the conflict with the mediation of the OSCE Minsk Group, led by Russia, the United States and France.

Read also:
Obama ‘deterred Russia from doing even more’ in Ukraine, Blinken claims as he’s grilled on US policy towards Moscow & Beijing 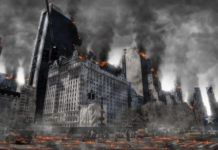